Millions of fixes, improvements, and new functions in the current release, we are near to a public beta!

The mod has improved much in the last some weeks, so here are all the news!

The most important function in the current release is, that we finally have a totally working, super fast communication between the master server, and the game servers. After we have tried MySQL and our own language, we have now decided to use SQLite with UDP, which was a very good decision. We can send and receive hundreds of queries per frame without affecting the performance of the server. I have already re-coded every file-based storing, so now everything is in a database with constant backup. 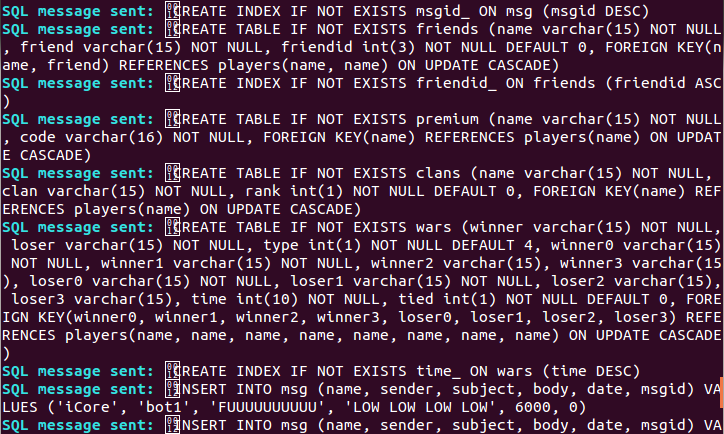 In addition, there are various performance optimizations, many script and menu improvements, and bug fixes, for example:
- Cleaned some default scripts.
- The case of characters in user inputs are not checked anymore (except for registration and other create events), so you can log in, and invite someone else much easier.
- Player model next to dresser won't have walking animation anymore.
- M16 can't be bugged when it is out of ammo.
- Chat messages are added for invitations.
- Player invitation is now fully functional, infos about it is displayed in the Profile menu.
- Player status is checked in menus, where it is needed (Offline / server name if they are currently playing).

Finally, clan system is also completed! I don't think it requires many words, a clan has its own chat (for example "/c Hey all!"), and you can manage it with this awesome menu: 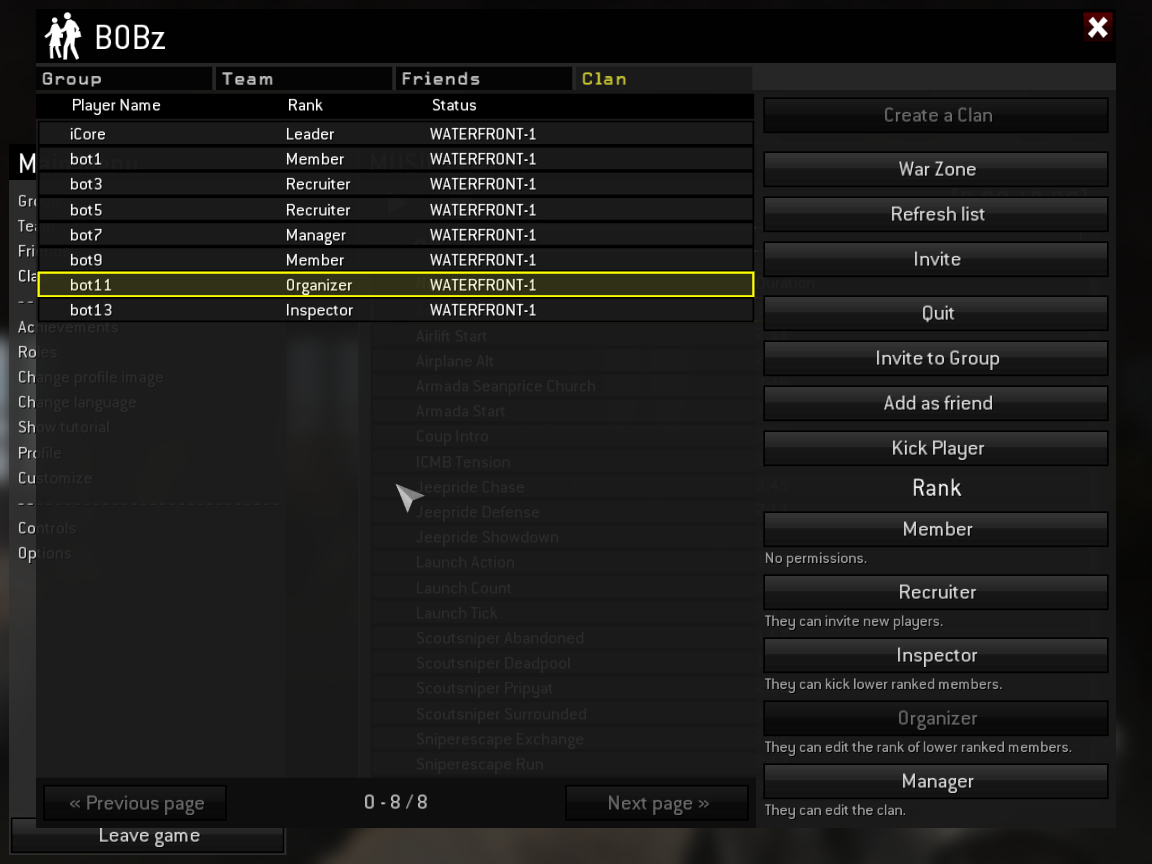 Now it is something, which you probably haven't seen in APB. If you have a clan, and you are in a group with clan members, you can challenge an other clan group with the same amount of players. These played wars are stored, and can be viewed later (display of Statistics is not designed yet, but I think you can see the goal). 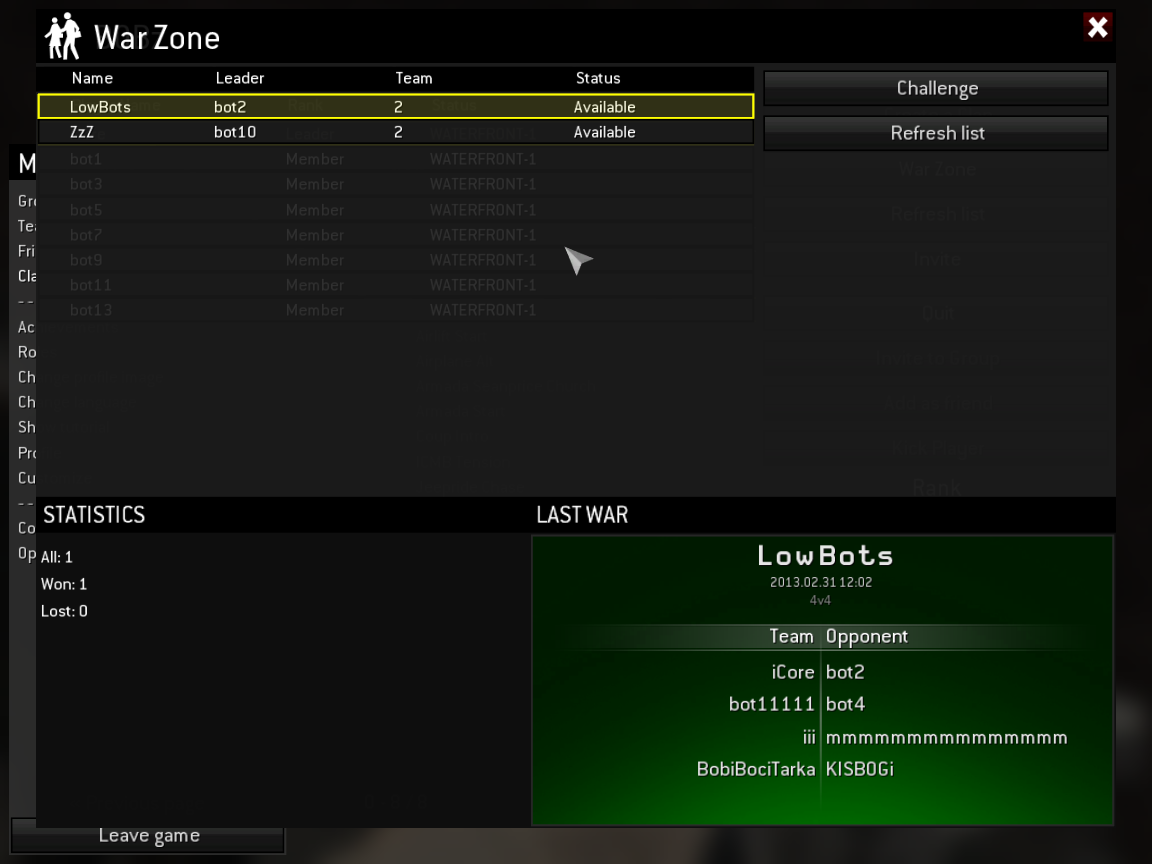 It is not the most used part of the mod, but at least we have it too! Now Join menu only lists the available APB servers. 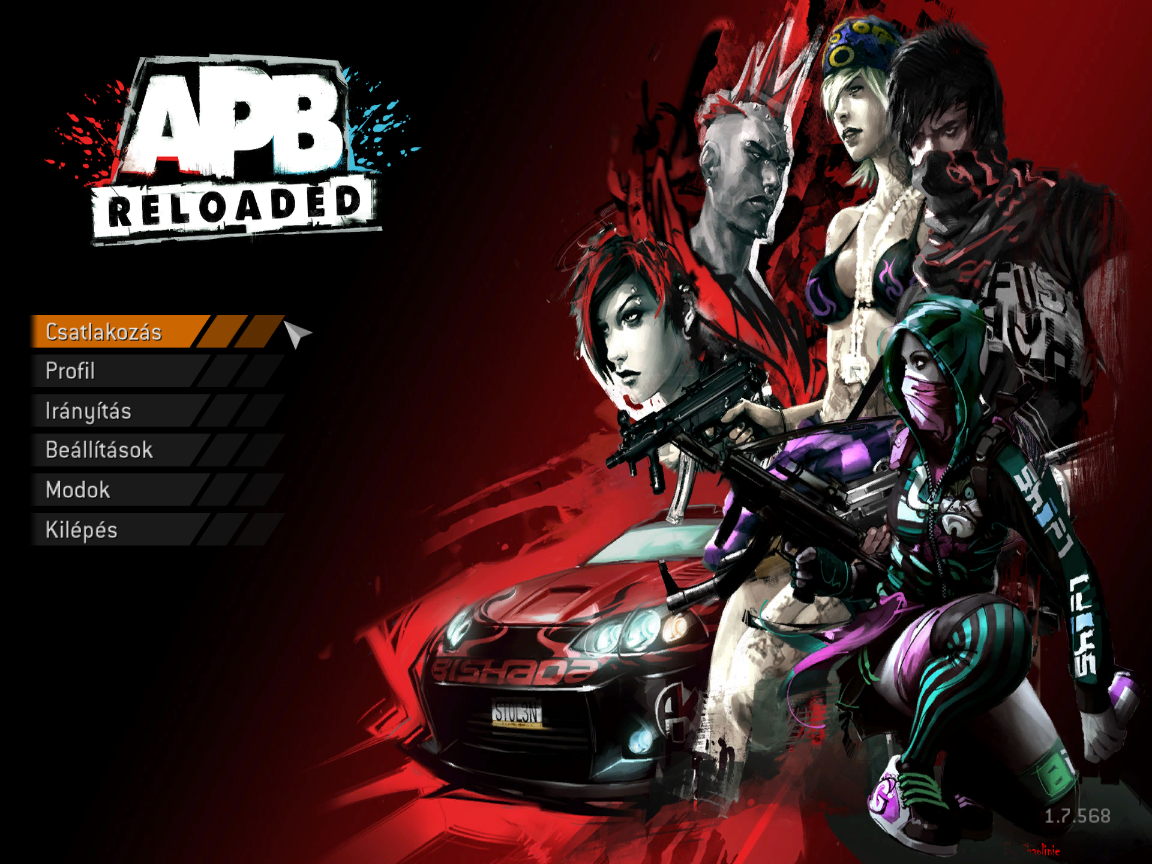 The Most Valuable Player of the match is now displayed on the scoreboard, and the team logo with the clan name is now visible in the section of the currently selected player: 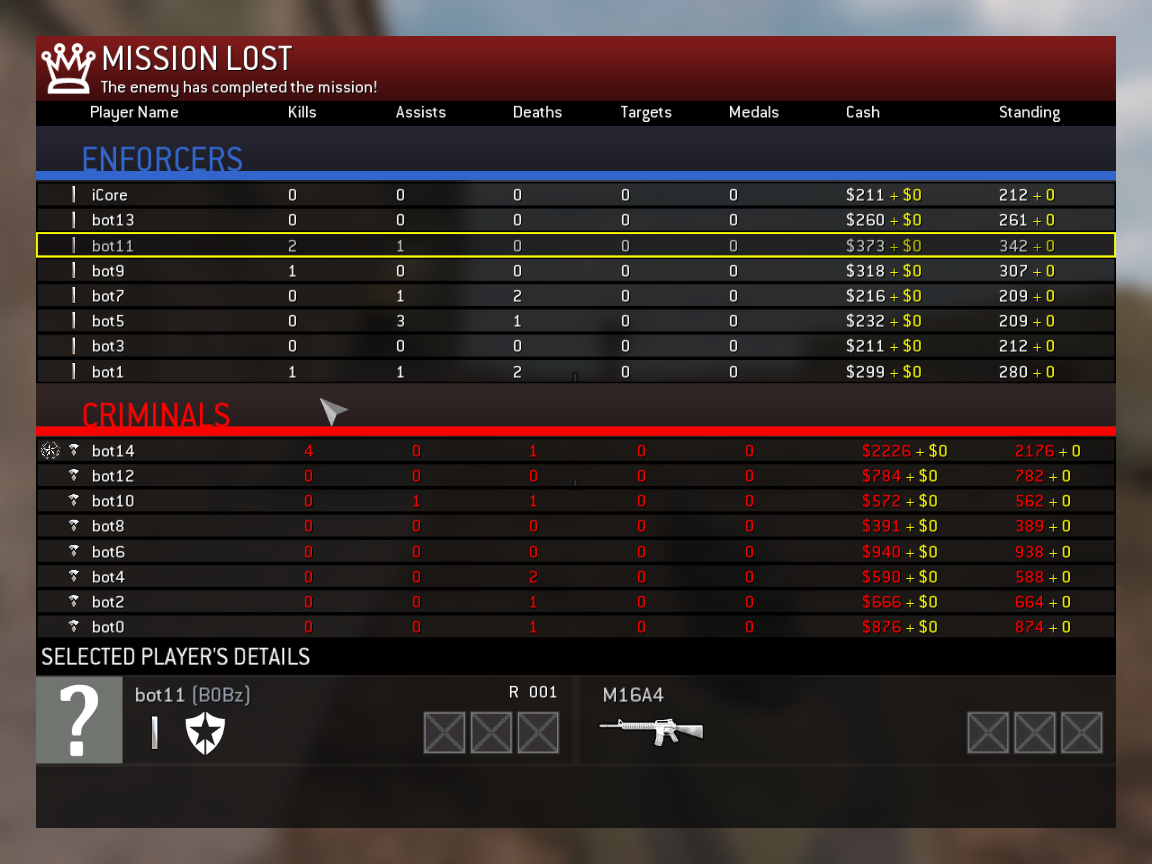 Seems like the progress is going good. Are you going to change the playermodels and weapons too ?

We want, but currently we have no modeler sadly. If there will be someone, who can help us in it, then yes we will :)