This mod is based on the game "All Points Bulletin".

The game has two fractions: enforcers and criminals. You can choose only one time, which do you want to be in, you can't modify it later. If you are joined, and you are ready for playing, you can toggle your ready status with the K button. If there are enough cops and crims, then the game will draw them against each other. The players, combined this way randomly will form a team, which will have a leader. After this, the mission will begin, which has more stages. In a normal stage one of the teams must complete an objective, while the other one must prevent it. If the attackers succeed, the mission will jump to the next stage, else the defenders win the mission. If the mission reaches the last stage, the teams will get a critical objective. Its denouement can be even a tied.
If a team has less players than the other one by the virtue of the draw, or because a player left, then you can call backup (B). So if there is a player who is ready and is in the same fraction as you, then he will be also moved into your team. You get smaller rewards for kills, assists and targets, but mainly the points are important, which you get at the end of a mission, and are measured based on the ratio of your participation in the mission.
You can get two type or rewards: standing, and money. With the standing you can increase your rating and your rank. With money, you can buy different type of upgrades, weapons, etc. The higher rating you are on, the more thing will be unlocked. You can get different things in different shops, for example painter, weapon vendor, etc. The bought weapons and modifications can be choosen in your inventory. You haven't got endless ammo, you must get them from a shop too. Here you can see your current ammunition status (containing the clips in your weapons), and you can also restock your weapons with a button (if there is ammo for that).
You can create groups too. Players in the same group will be always drown in the same team, hereby they can only get mission, if all of them are ready. The creator of the group will be the group leader, he can kick, or set anyone as a leader from the main menu. Team leaders can also handle their members from the same menu.
You can open the command line by pressing the RETURN button. Here you can write to everyone, directly to your team, group, match, or even to a specified player. By starting your message with /t, you can write to your team, with /g to your group, with /m in the match (your, and the enemy team), with /d to everyone, and with /w playername to a specified player, for example '/t Attack B!', or '/w iCore Are you crazy?!'. If you have already written with a type, that will be the default (except /w). You can also change type without setting text (ie '/t'). You can use the same keywords in the original chat too, if that is more comfortable for you.
Beyond your rating, two other factors are affecting the game: the prestige, and the threat level. Your prestige will be reset after every connect. You can increase it by attacking enemies, winning missions, and doing other positive actions, while it will be decreased for attacking teammates, losing missions, or taking damage. It strongly affects the scale of your rewards. You can check your current level on the top left corner of your screen. If you reach the 5th level, you will be able to attack every player on the whole map, even those players, who are no in the same mission as you. However, its reverse is working too: Every player will be able to attack you, until your level falls back.
The threat level of a player can be bronze, silver, or gold, it can be seen in the color of the ranks too. You can raise it by winning missions, and pull down by losing them. This level affects, who can you be in the same team with, if you are able to call backup or not, etc.

Thanks for voting and helping APB Mod on it's quest to become the 2022 Mod of the Year. You are now in with a chance to score some free games from our #modlove collection. Help this mod secure more votes by embedding the widget (or link) we have included below on your favorite sites.

So after more than two months, here am I again! Many work has been done on the mod since the last update, so here are the details!

Every player will have their own inventory, in which they can manage the items, that they have got, traded, or bought. There are currently some paints and tools, but many more planned. 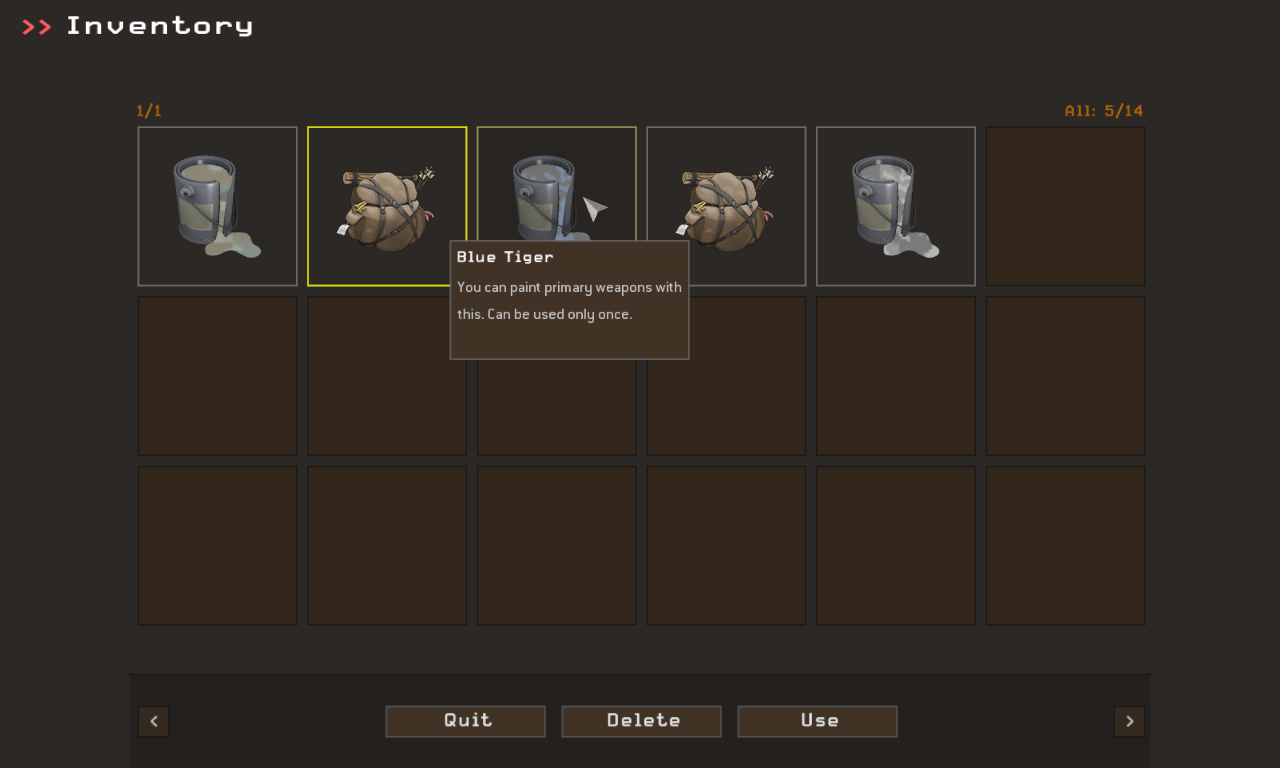 It is an other TF2-like feature, after every mission, you may find something if you are lucky (currently cash, weapon, rare weapon, tool, paint, symbol, hat). 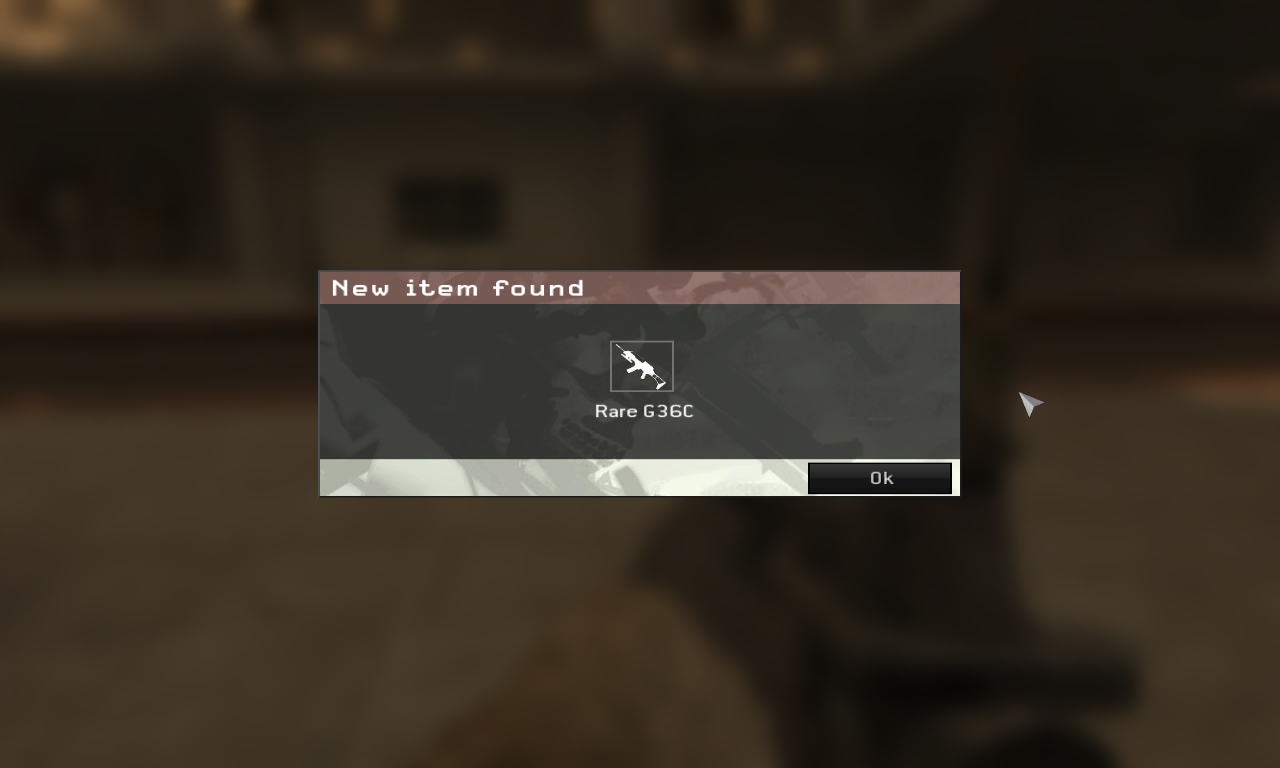 I have also reworked the weapon-painting system. Now there is an interface, where you can paint your weapon with available paints in your inventory, and also you can customize some attributes of your weapon with modifiers. 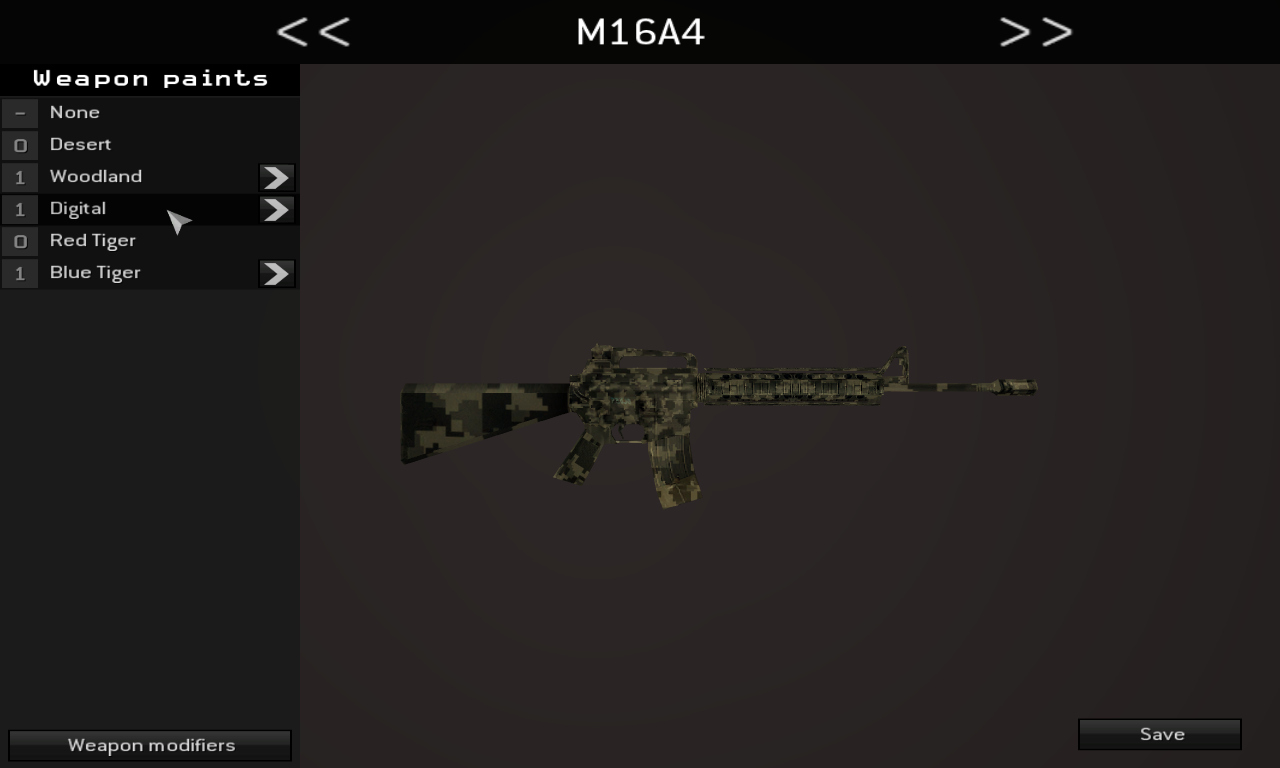 There will be weapons with different number of customizable modifier slots, some of these can be bought, and some can be found. Modifiers can be bought in the same kiosk as the player mods. 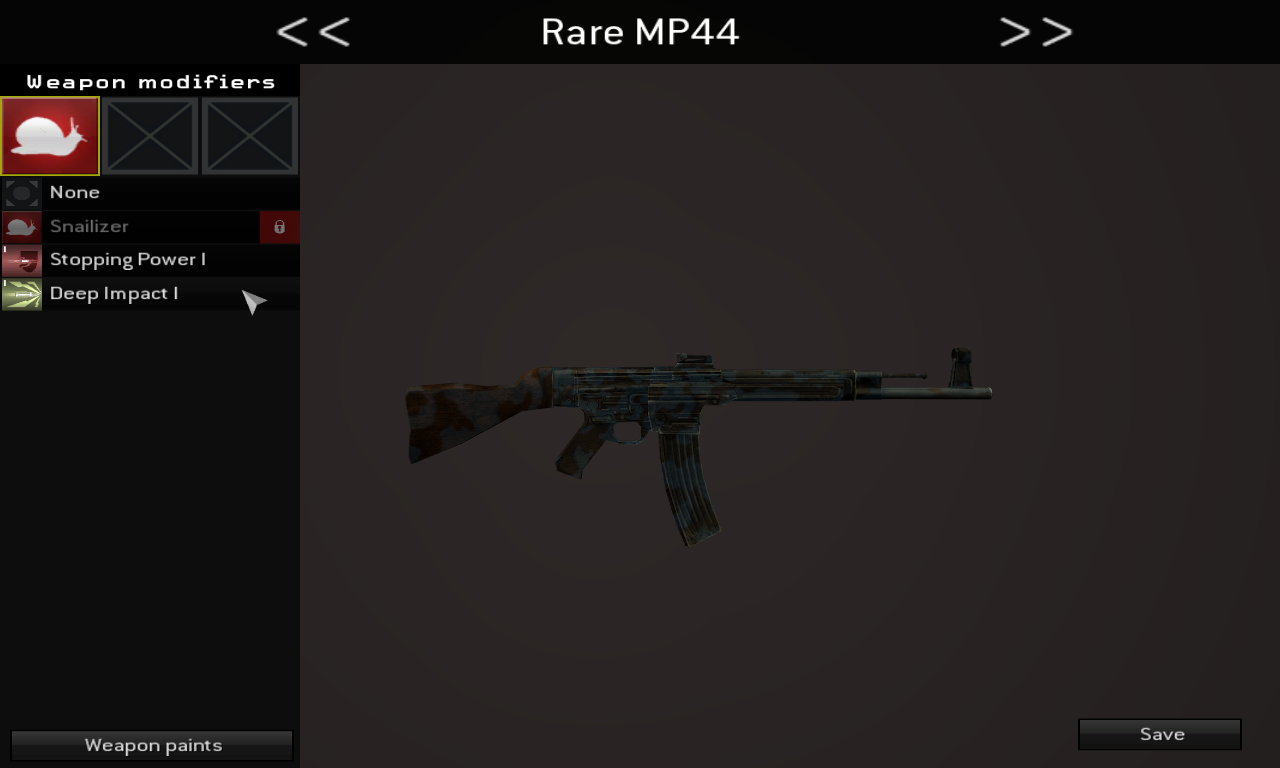 Now there is a real-time in-game server list, where you can easily choose between districts! 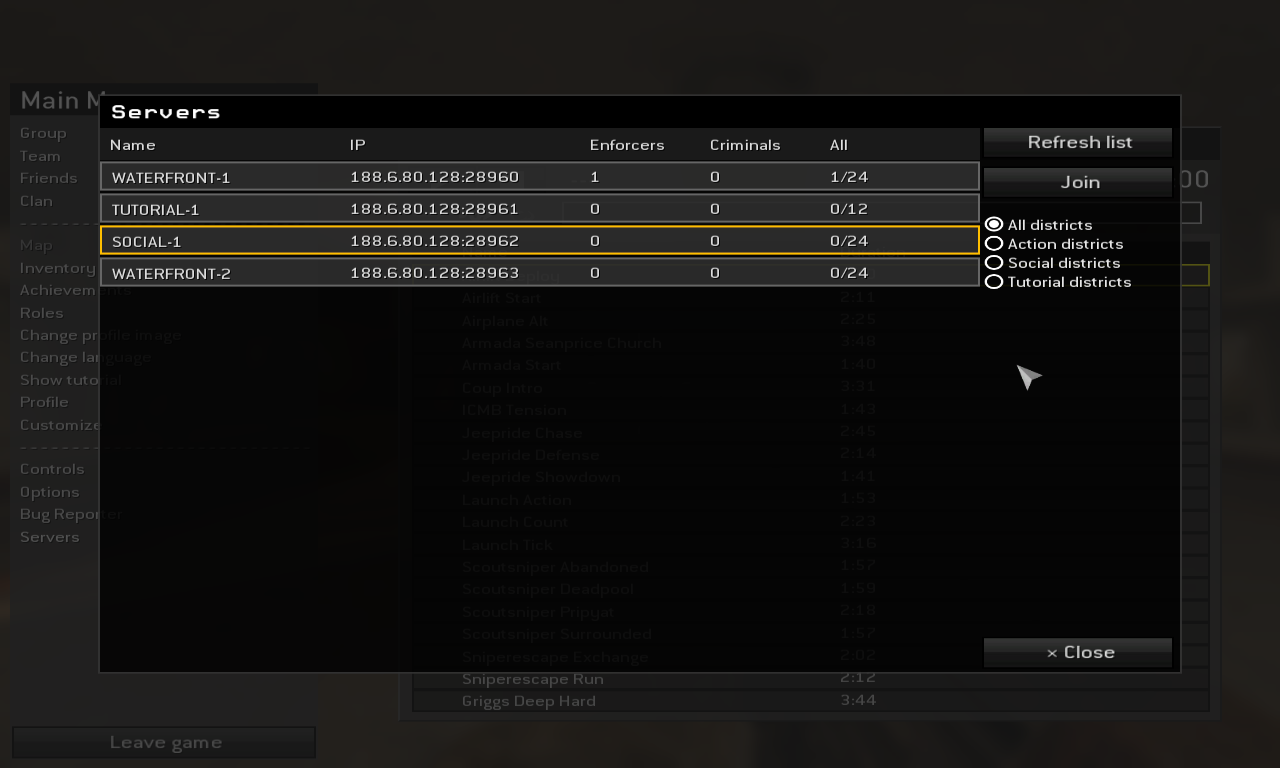 Now you can easily find the kiosk on the map with the pins! 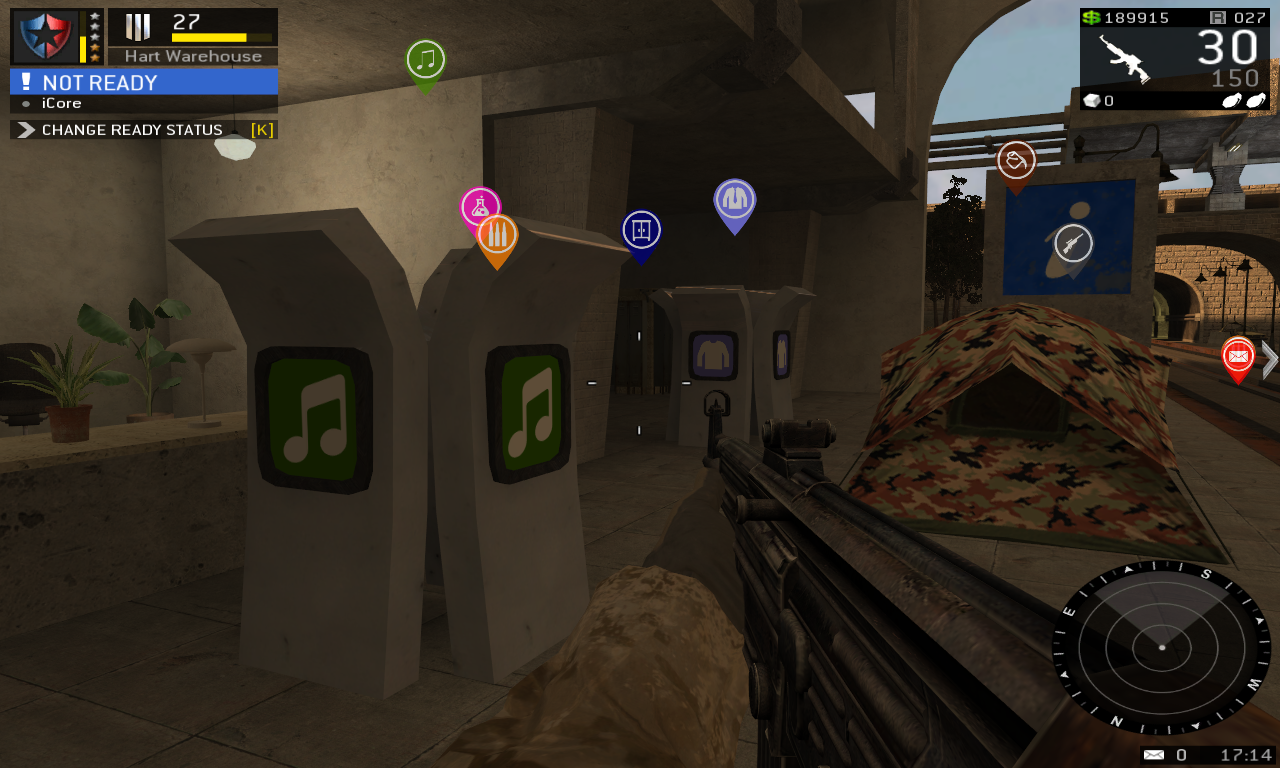 I was also working some on the map, so finally it is ready for tests at least. 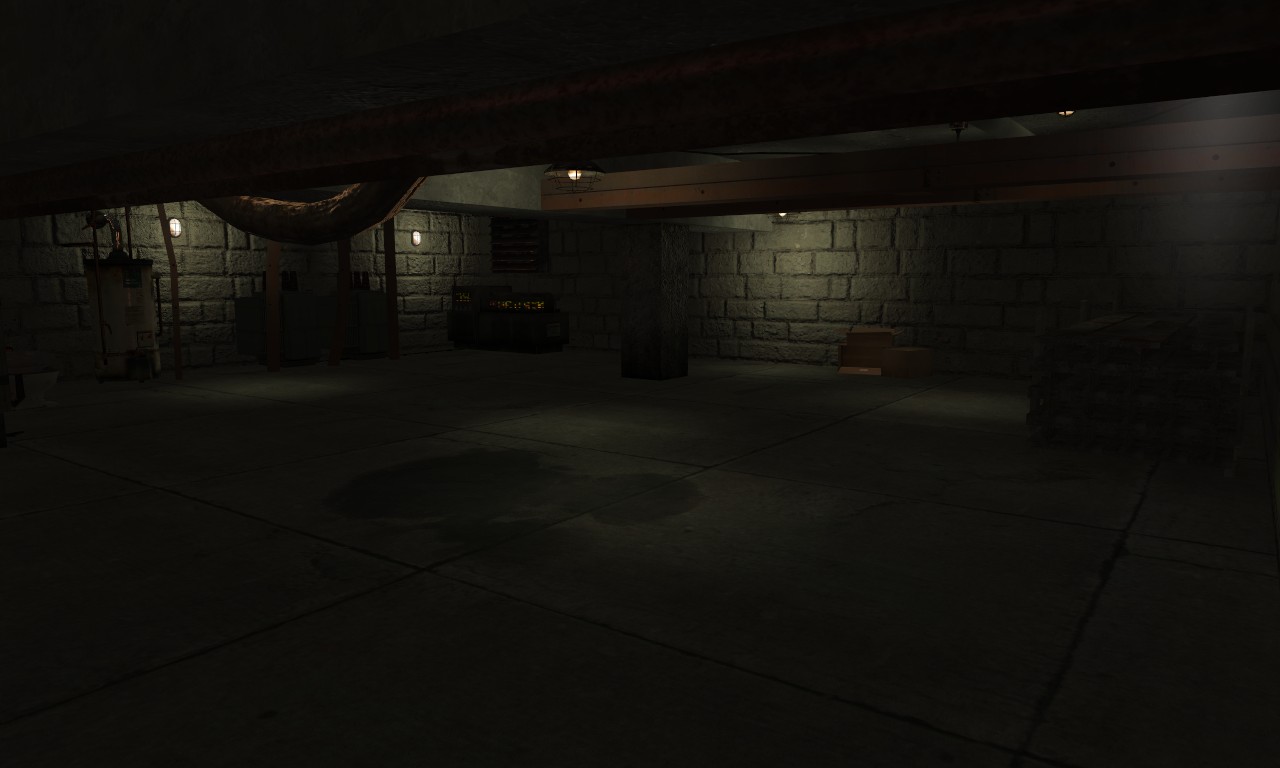 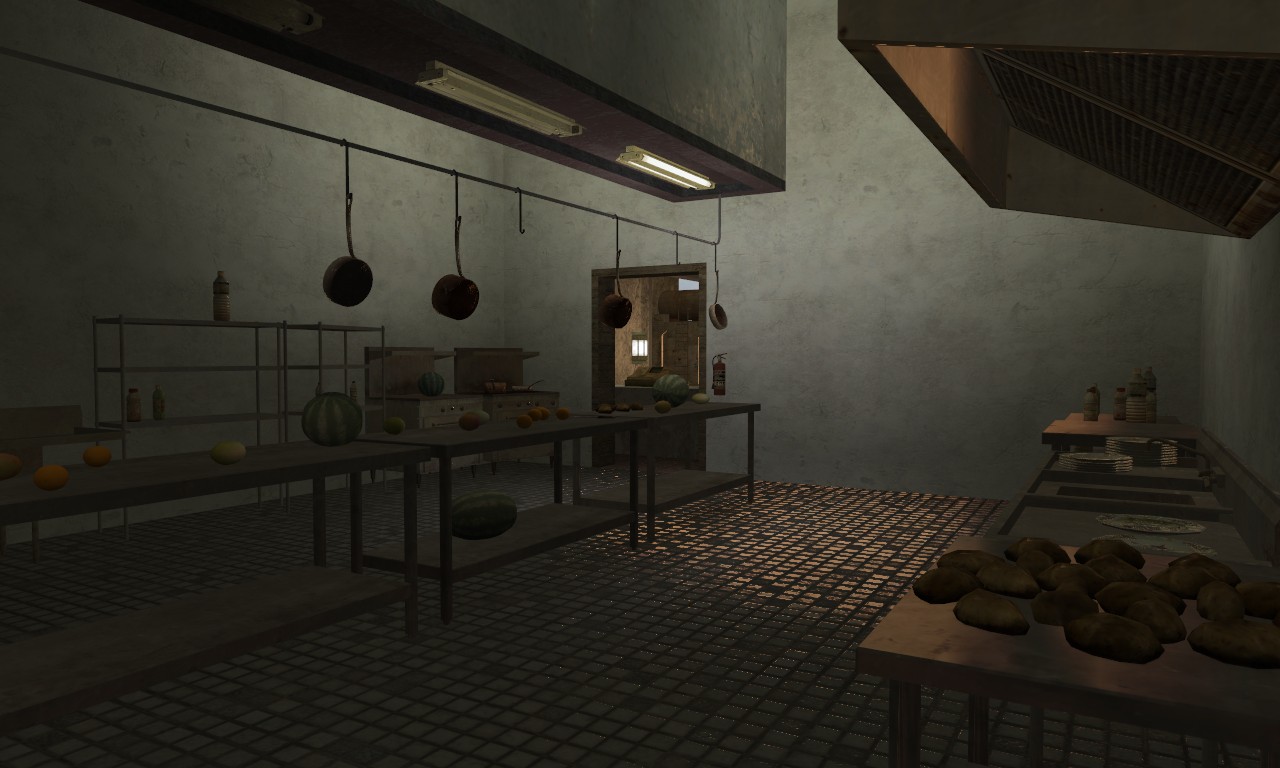 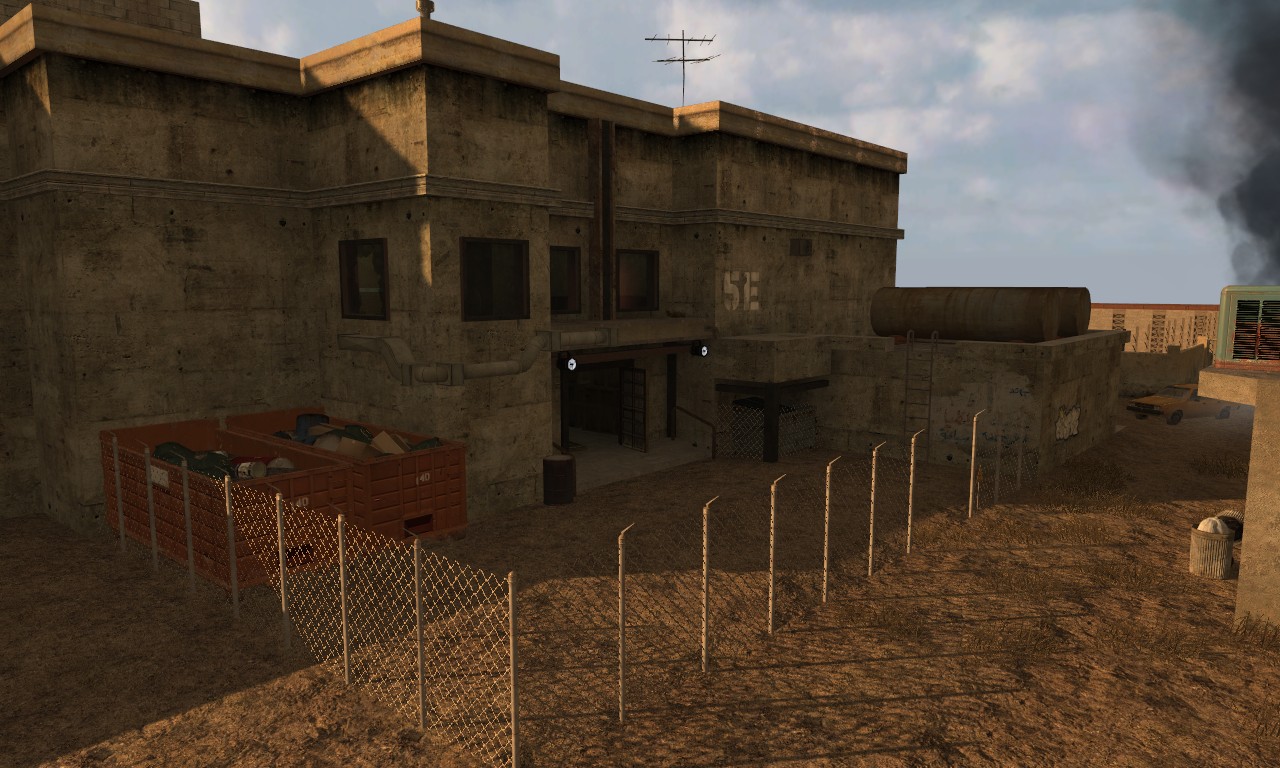 Now luckily we could have tested many with Elzibob, Xenon, and some other testers (thanks for that), if you are interested in the project, feel free to join our Xfire group, so you'll get alerted, when we are doing a new test! I have many more plans about what to improve, and how to share it with other server owners, but if you have any idea, problem or question, contact me!

See you soon, soldiers! Out.

Player customization, clan treasury, bug reporter, and many other improvements and fixes.

Millions of fixes, improvements, and new functions in the current release, we are near to a public beta!

Sadly the project has been suspended due to the lack of developers, so no download is available.

Sadly it's not ready for release, its stuck in development stage :/

Are you still working on this? because I have been waiting a couple of years and it looks really fun :D

Why not use default maps?

The mod requires many entities to be placed on the map itself :P

will you be able to finish this? cause i wanna play SO BADLY!!!

Sadly very likely no, at least not alone for sure, but there are no supporters like modders, mappers, and etc :/