In this week's update, enemy "spawners", and design sketches of the world and enemies.

and thanks for checking out our progress once more!

This week we’ve been working on various ways for the enemies to spawn. Here are some of the designs we came up with: 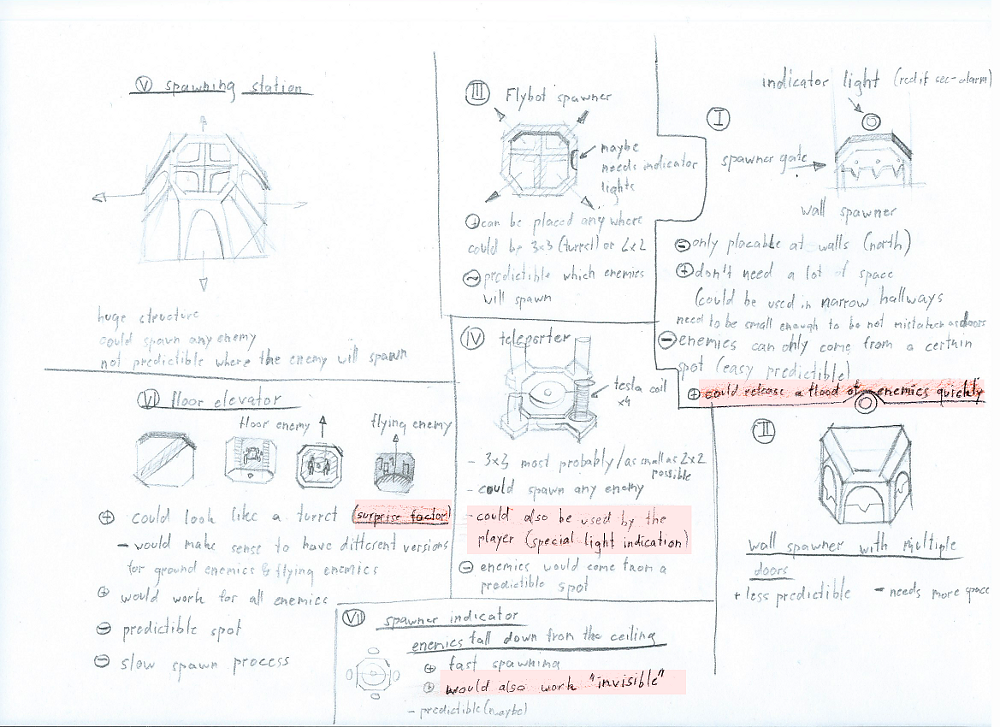 We took a vote, and decided to start with the “spawn gate” and the “floor elevator”.

Here they are in the actual game:

And here I am negotiating my way past them :)

We also thought we would go a bit behind the scenes, and showcase some of our design process. I should stress however that the following concept sketches are just that, concepts :)

Some have already been mocked up in pixels, so it’s just a matter of time before they make their appearance in-game, others are just “would be cool to do this” ideas but may ultimately not make it in the game if they prove to be not as fun as we had imagined.

First up something that actually made it in game (allbeit in a slightly revised form), the initial sketches for the hexapod:

Some people have asked in previous updates about human(-oid…) enemies, so here’s one idea we are playing around with. Death from above! 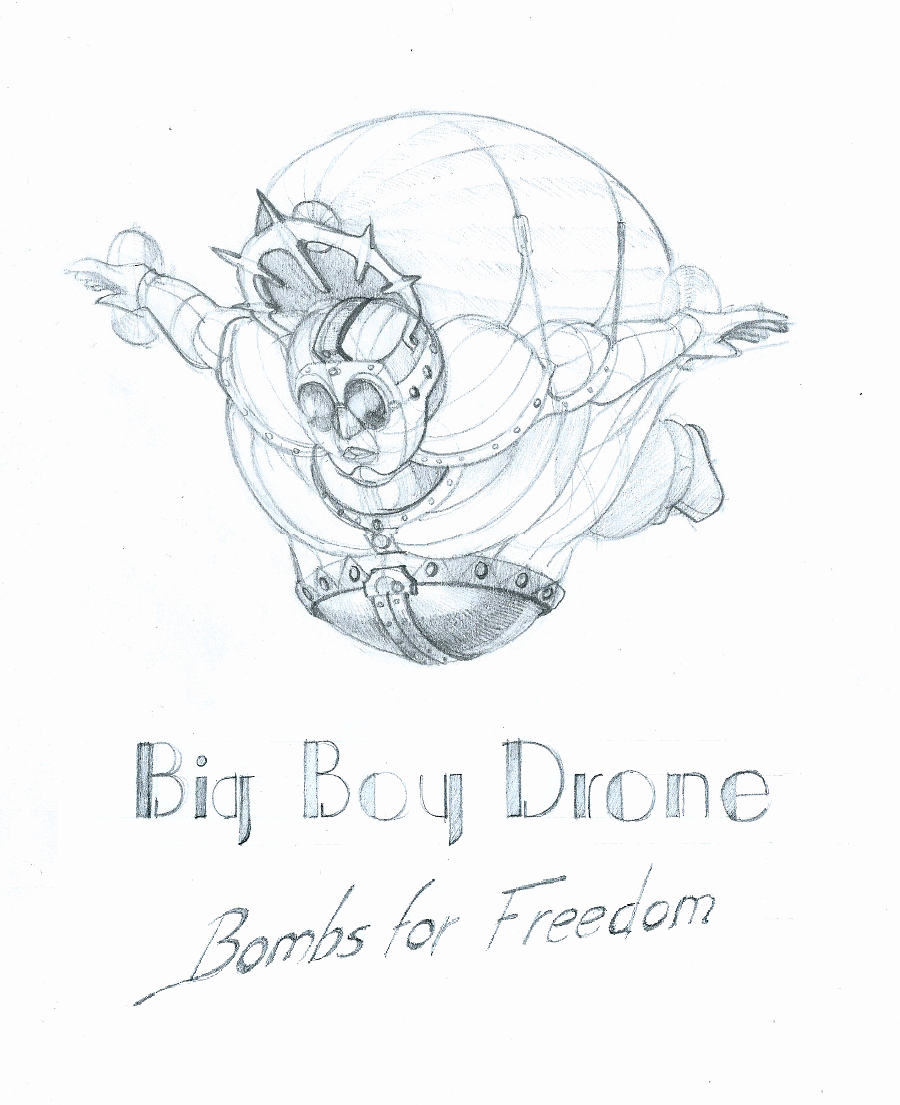 The same care goes into sketching out and designing the levels themselves. As mentioned in a previous update, the ground floor of the tower is used as a terminal for import and export of goods, new arrivals (nobody ever actually leaves Tower57 ^_^), and customs.

Here are some sketches of the train the player would arrive in, and the train platform: 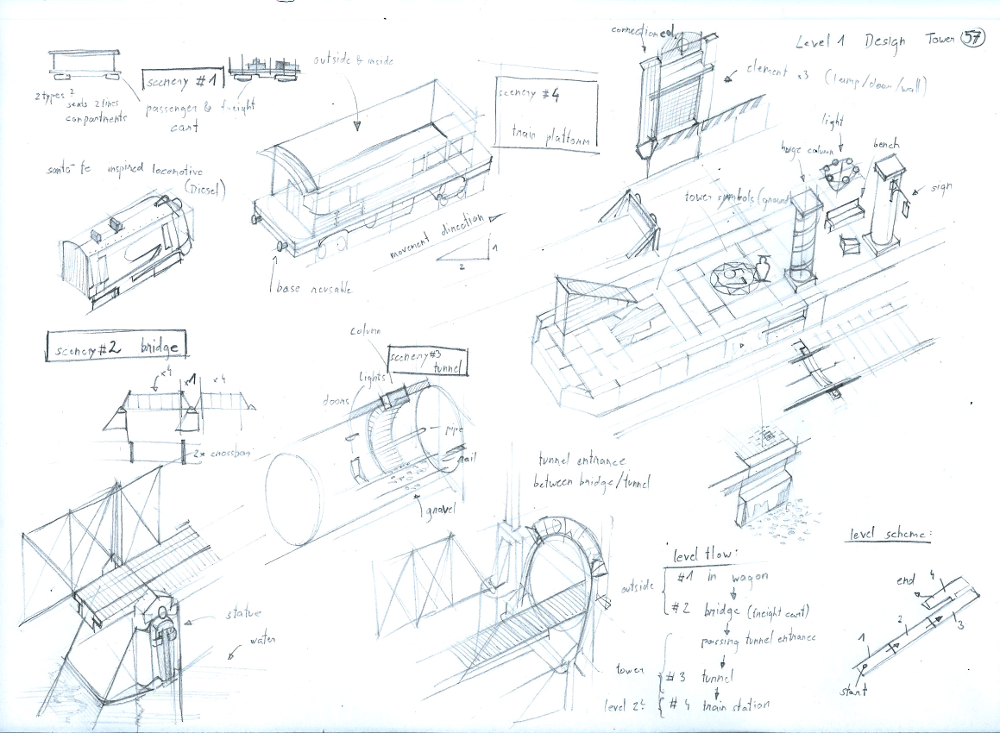 And as also mentioned before, we would like the game to feature “hub areas”, where you could sell your loot, upgrade your weapons, maybe meet some NPCs, etc.

One of these hubs could potentially look something like this: 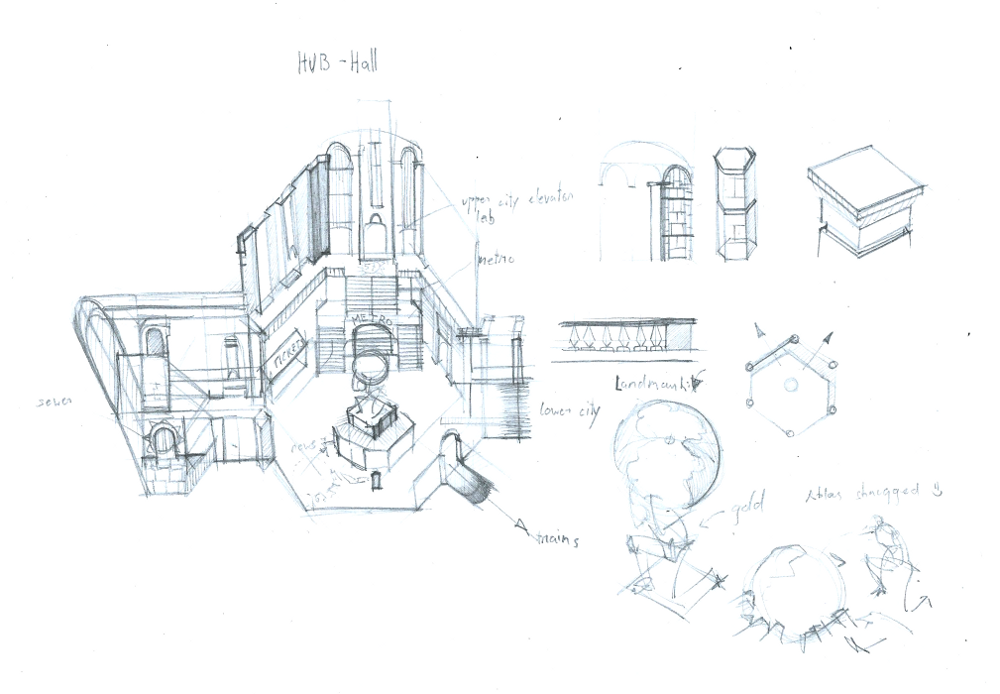 And that’s all we’ve got for this week. Let me know if you’ve enjoyed the concept sketches, or if we should stick to in-game gifs, and hopefully see you all next week.

I love all this artwork! It's absolutely amazing!

Personally, I like the concept sketches; this is because they show a less refined version of the final products in the game. I can try and visuallize the thing in the game :p

Agreed, I especially like it when you can see the concept and result side by side!

God I love the artwork in this! Brilliant!