Update 17 introduce lighting to the levels, a new weapon - the shotgun - and our main menu

this week we did a lot of polish work in preparation for this month’s A MAZE./Berlin , where we will (hopefully) be showing the game for the first time ^_^

Starting with the characters, we integrated the new shooting animations from last week in the actual game:

Also the shotgun had been suspiciously absent from the weapon list until now, but we decided to fix that this week :)

We also worked a lot on the level which we’ll be using to demo the game, and even added lights: 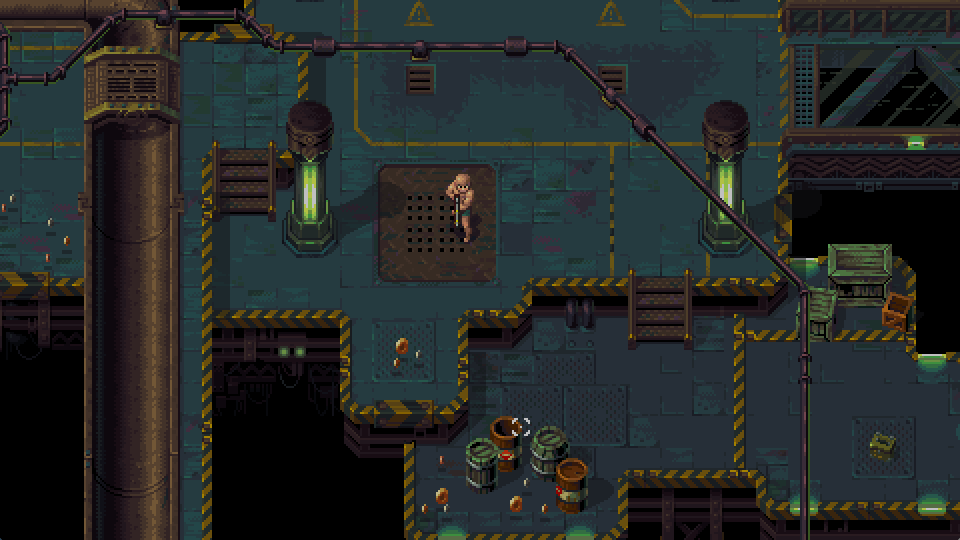 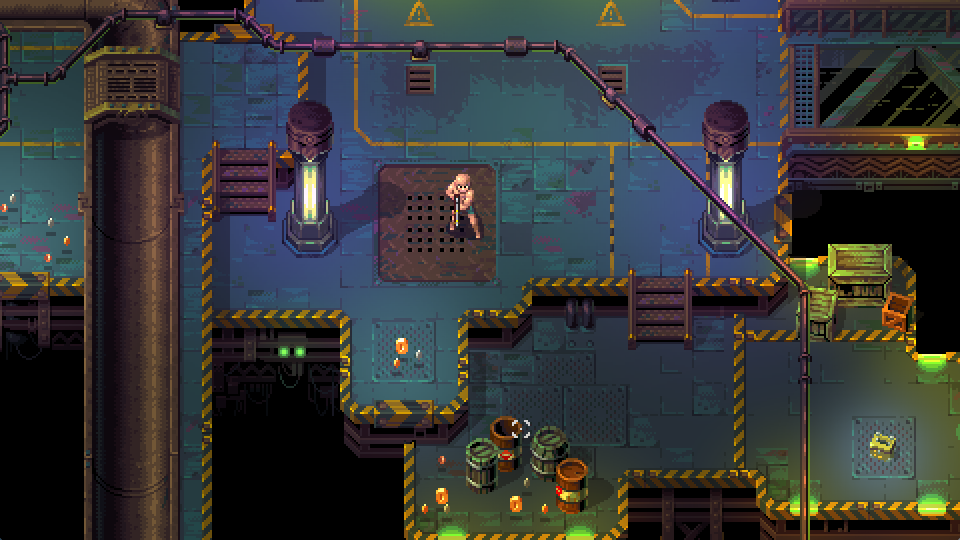 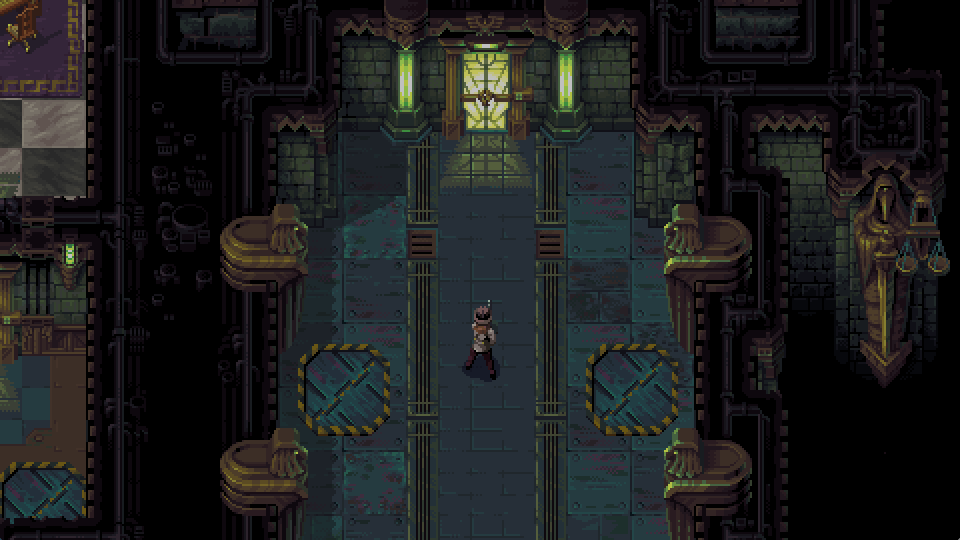 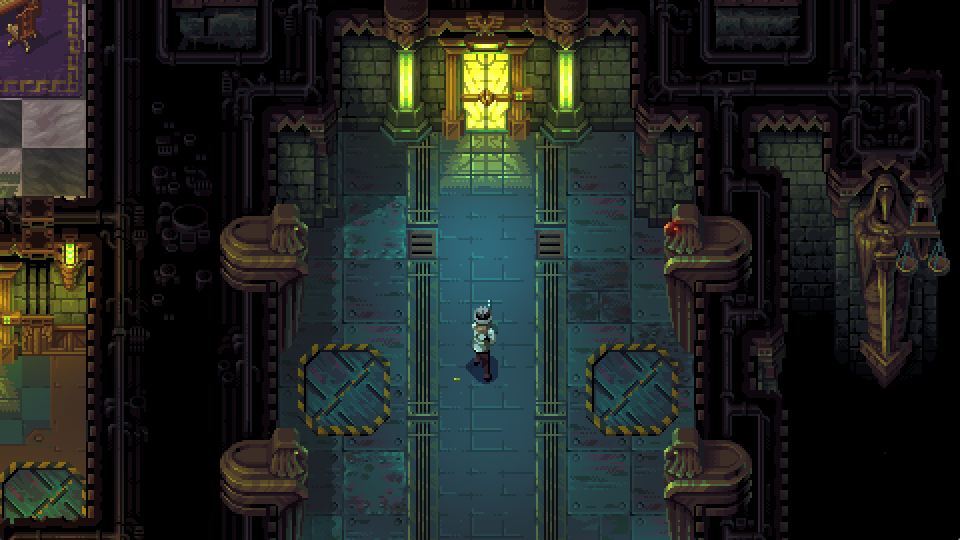 This is obviously all work in progress, but hopefully we’re headed in the right direction.

And last but not least, we did a pass on our main menu, which had been “under construction” for a long time, and finally got the make-over it so badly needed. Here is the result:

That’s it for this week! Hope everybody enjoyed it, and if you’re in Berlin between April 22 and April 26, don’t hesitate to pop by and try the game :)

Awesome as always. I really like the main menu!

The main menu looks really good! :) (Any chance of seeing what the menu was before/after? :D )

Simply beautiful... Looks like something I have dreamed of during my teen years in 90's (if I dont count sex :)

The lighting not only makes the lights look brighter, but the entire screenshot/level seem more colourful because of it. Gorgeous as usual.

Now this is something AWESOME! Really loving the art style of this game! Keep up the great work!