Do you remember the first Soviet war? Do you remember feeling like your tanks and your infantry weren't enough to take down a particularly worthy foe? Do you recall investing, as I am sure you did, in modern science to turn the tide of battle?

We are considering to Reboot C&C Renovatio!

But we cannot guarantee this because time limiting and other running projects.

Greetings comrades!
Do you remember the first Soviet war? Do you remember feeling like your tanks and your infantry weren't enough to take down a particularly worthy foe? Do you recall investing, as I am sure you did, in modern science to turn the tide of battle?

Well, that time has come again!

With the addition of the Tech Center, you can have access to the most cutting-edge technology that money can buy! It retains all of the classic architecture of the earlier structure, but with a few minor changes. Most notable is the omission of the rocket silo and launch pad, as the spy satellite is already serving the Allies well. This imposing building will show the enemy that you are nothing to be trifled with; able to build the most advanced units ever seen on the field.

Your progressive military will strike fear in to the hearts of those who seek to oppose you; of that I assure you! 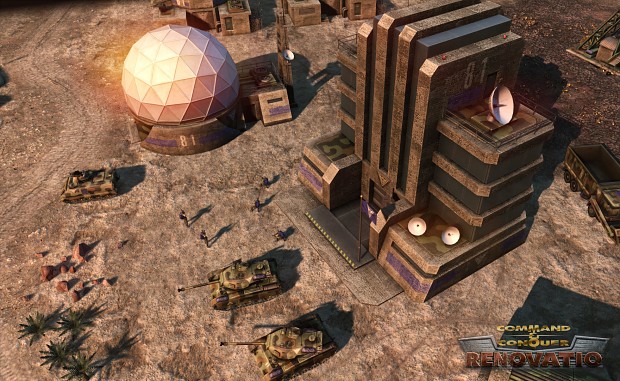 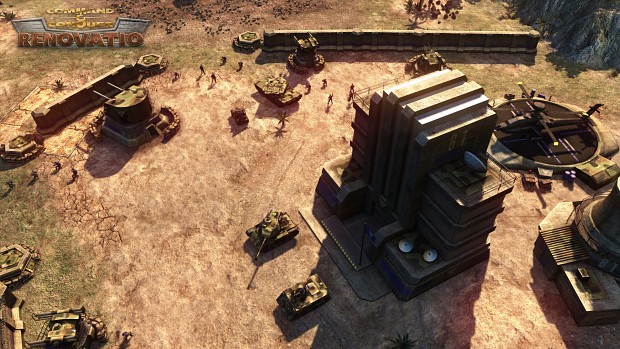 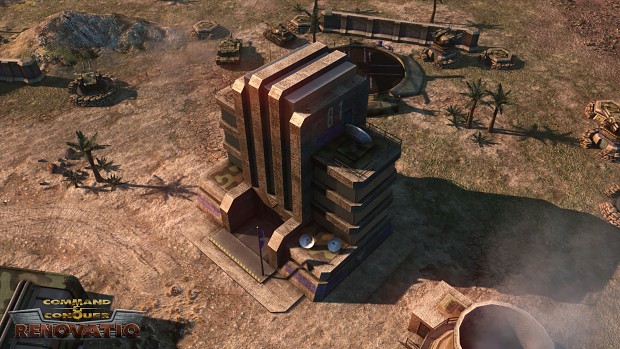 But what use is all of this high-tech ordnance, if you can't have a suitably high-tech soundtrack to rock out to while you brutally storm through the opposition?

Luke (LJEMusic) is here to sort you out!

He is working to bring you a mixture of remade classics from Command & Conquer's history, as well as new works in the style of the great man who wrote the soundtrack of a generation.

Here we have three shiny new tracks for you to feast your ears upon:

Skeletons: A mix of catchy hooks and powerful drums; it's got a few samples from a classic film from the 1980s. Test your movie knowledge and let us know where they're from.

Instinct: A remake of the classic Act On Instinct from Tiberian Dawn, smashed up with the metallic curb-stomp that is Hell March. Die Waffen – legt an!

So when will your thirst be forever quenched, you might ask... and when will we see the Scavengers again? As you may have noticed, we are concentrating heavily on the allied side, and we plan to release an allied-only beta version of the mod as soon as the side is done. Unfortunately, we don't have much man power, so it's still likely to take a while. Think you can help us speed up the process? Join us today!

We are currently looking for:
• 3D Artists - Mainly for civilian and mission objects, as most of the faction models are done
• 2D Artist - Promotional art, Textures, Posters.
• Voice Artist - Unit Voices, of course. Preferably able to come up with quotes too.. we don't have much time for that ourselves.
• Mappers - C&C3 Mapping in great detail is a must.
• PR - News & Blog writing. Just like this.
• Anything you can additionally suggest. Send basic info (bio, specialties, examples) to: Oleg - Oleg_Balzanov at yahoo dot com or Lars - chronosheep at hotmail dot com

Good to see some news

This one kicks-***! Waiting for this mod to come.

This looks so awesome.

But one thing is bothering me... Well, the second and third soundtrack (even though they need to be a bit more hd to sound awesome) are allright. But the first one... seems a bit off or better said weird. I can't really express why. But you'll notice the difference comparing Act on Instinct and destruction while comparing. (but I still like both.)

I think there's a bit of a problem with the uploads for audio on ModDB. They definitely sound different here to how they sound when uncompressed. In-game, they should sound a bit better. :)

Things take time, and we are a very small team with very many things to do.

Those models look good and you picked a moody lightning for the screenshots. Well done.

Holy Sh*t the mod isn't dead, I just fell of my chair.