Update on the current dev builds and whats to come in update 0.02.

So, its been a week since anything meaningful has been posted here, and I felt it was time to update you guys on what's going on with the mod. Bear with me, its a long one.

The feature list for the next update (working title 0.02) has been completed, and first of all I'm happy to inform you all that the next race to be included will be the Tau, who won a landslide victory. This means we will get a good looking, balanced race that is just right for Assault Squad in terms of its combat method, which lowers the time taken to add them to the game.

Here are the other features to be added in list form:

So how goes progress towards these updates?

Well, Predator and Razorback types are already complete, and the Cultists have been finished today. Also the Chaos Rhino has been implemented. 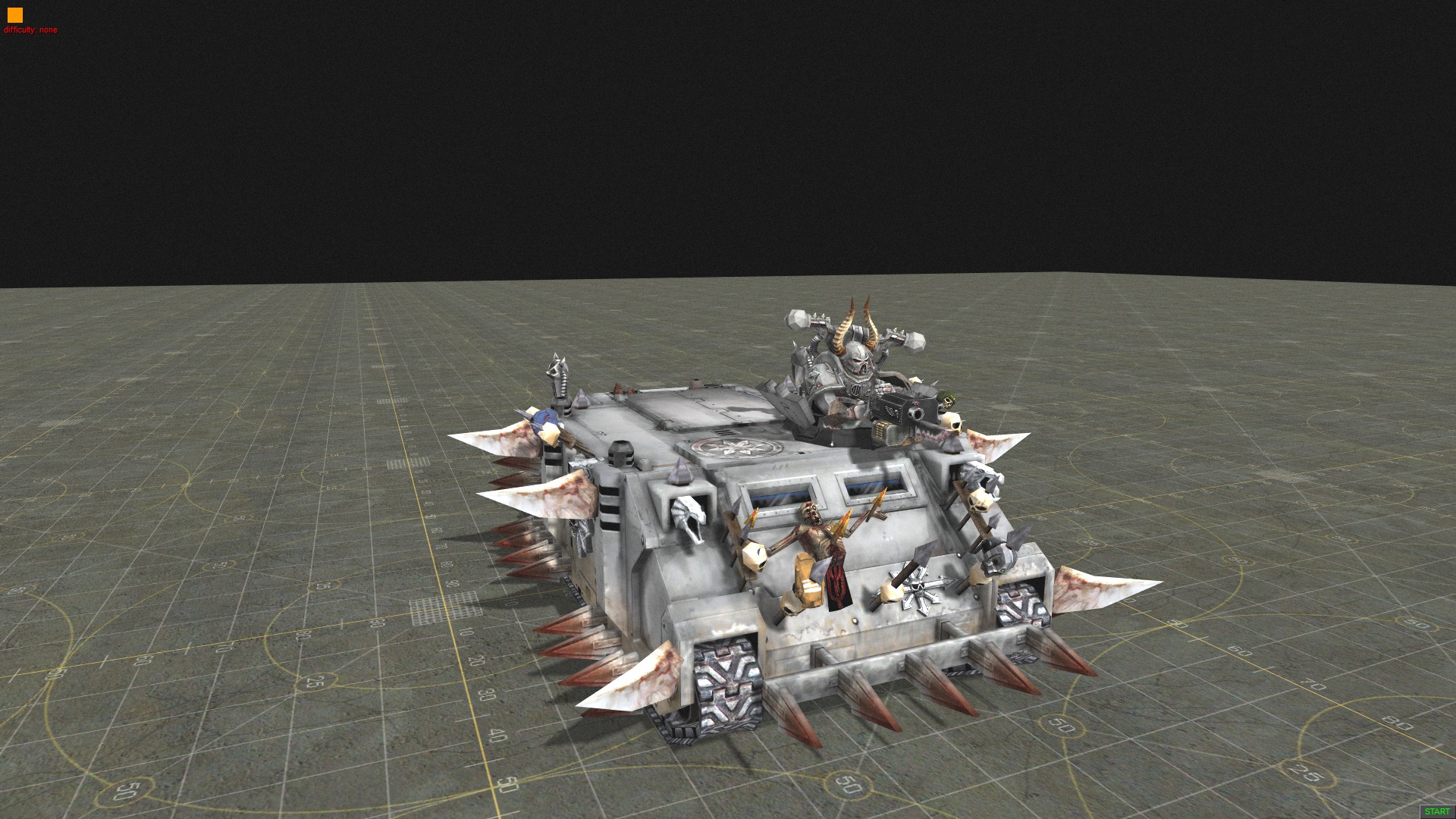 For the Chaos faction, a new, custom war band is also being added. These guys are designed by Youtuber Gar1onriva, who is an avid Warhammer 40k fan and a good friend of mine. These are still in progress and not yet completed. You can check out their backstory at Lorehammer.wordpress.com

Some may wonder why I'm adding custom faction instead of the common, well known armies of Games Workshop, and the reason is because one of the reasons I enjoy Warhammer so much is because of the huge customization options available to the player. I hope to see players creating their own factions and armies to use in the mod, not just stick with the bog standard Cadian 8th or Ultramarines we see far too often! 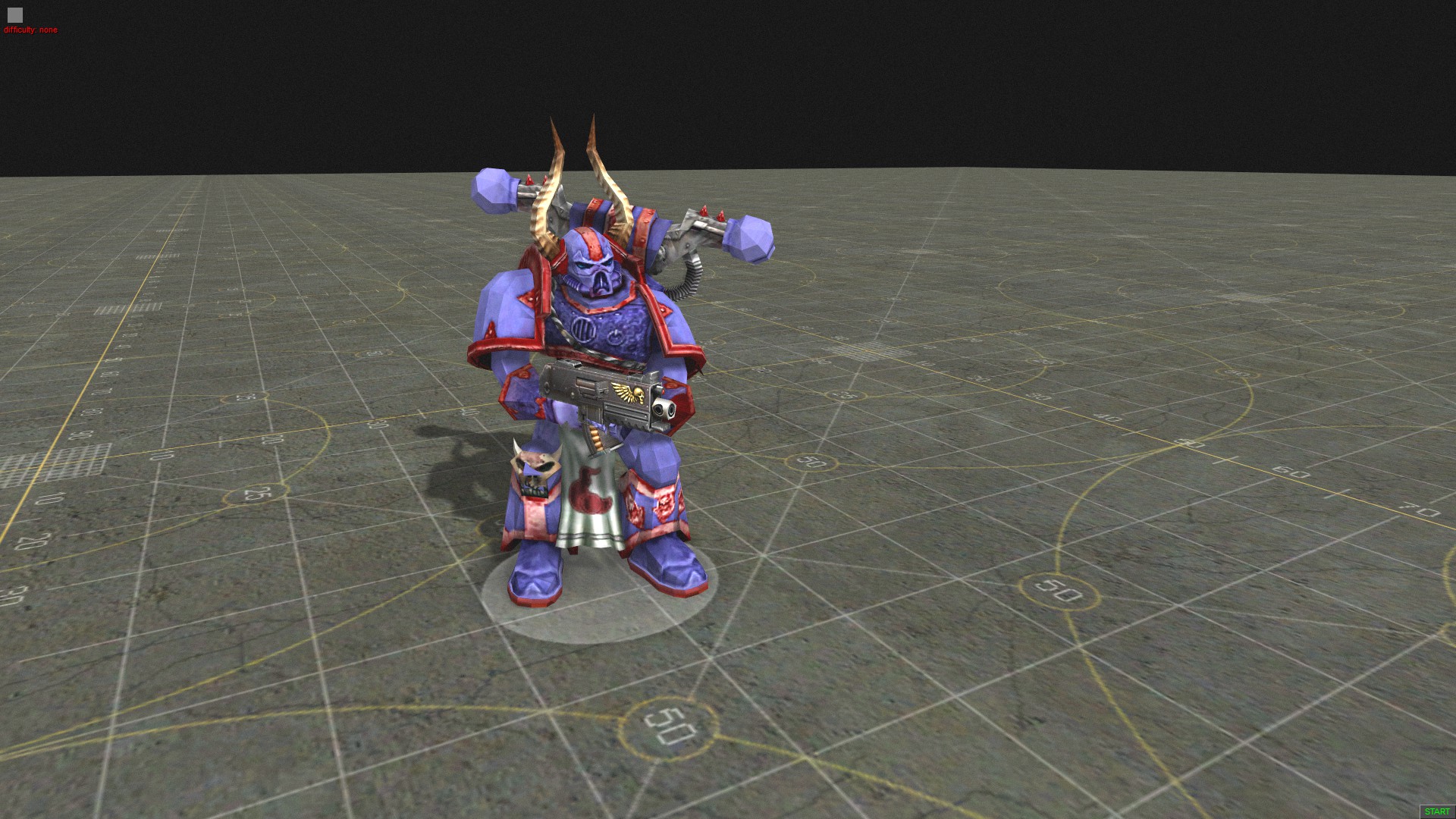 These are the only items on the list that have been completed so far, the next thing being Chaos Lord with work commencing tomorrow. There is no set or thought out deadline for the release yet, but I am working to get it out before the end of February. Work on the mod is going to become hindered after that point by university projects, which take precedence. Bear in mind that although work will slow down, it will not stop, and updates will come in the end. Hold fast brothers, they will come, and we will be ready.

But that is not all! After a user requested flags be added to the game (Sunray1) I had a poke around and found a custom 40k flag from the Men of the Emperor Mod, so that has been cleaned up and added into the game. Check out the results! 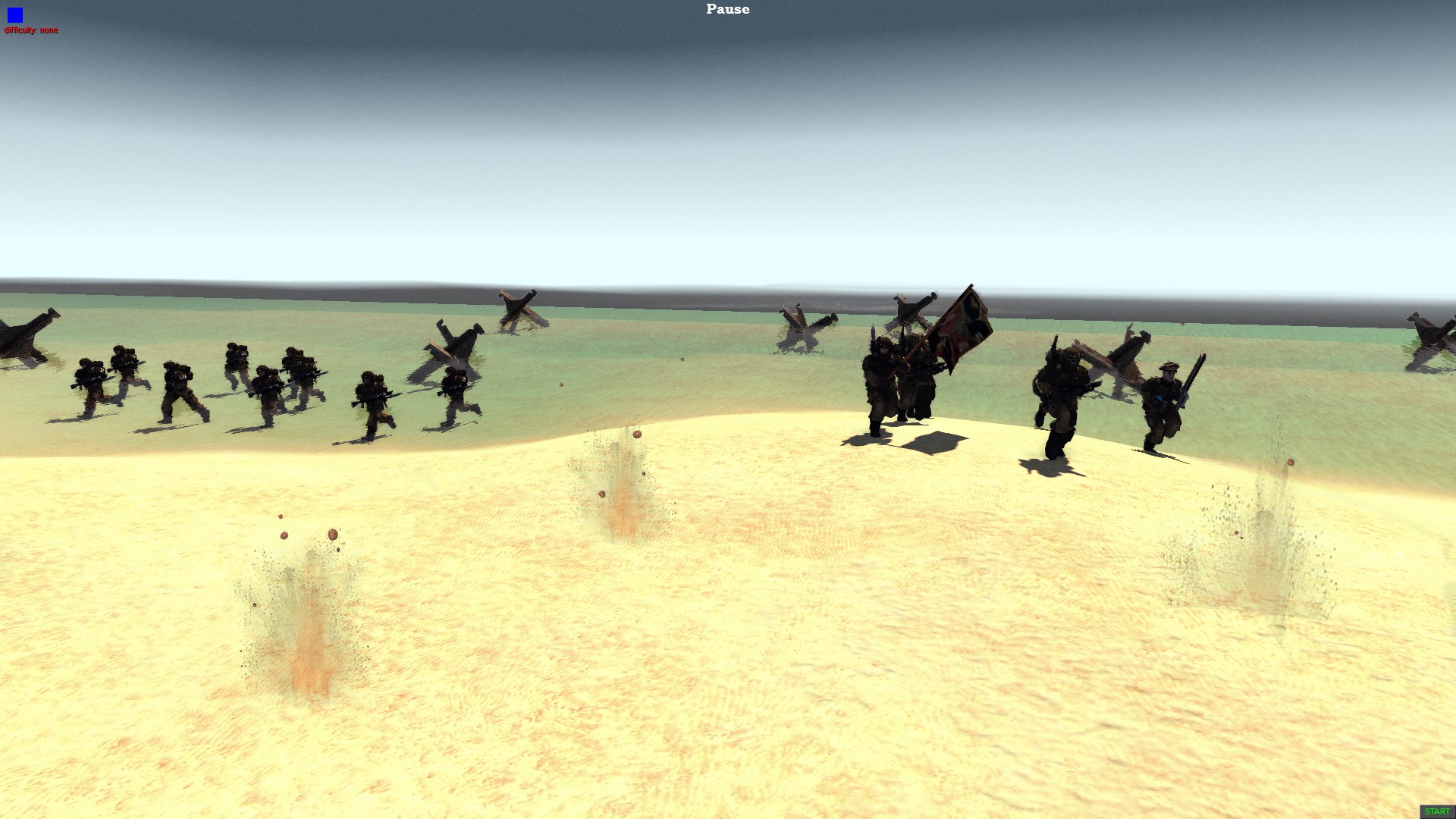 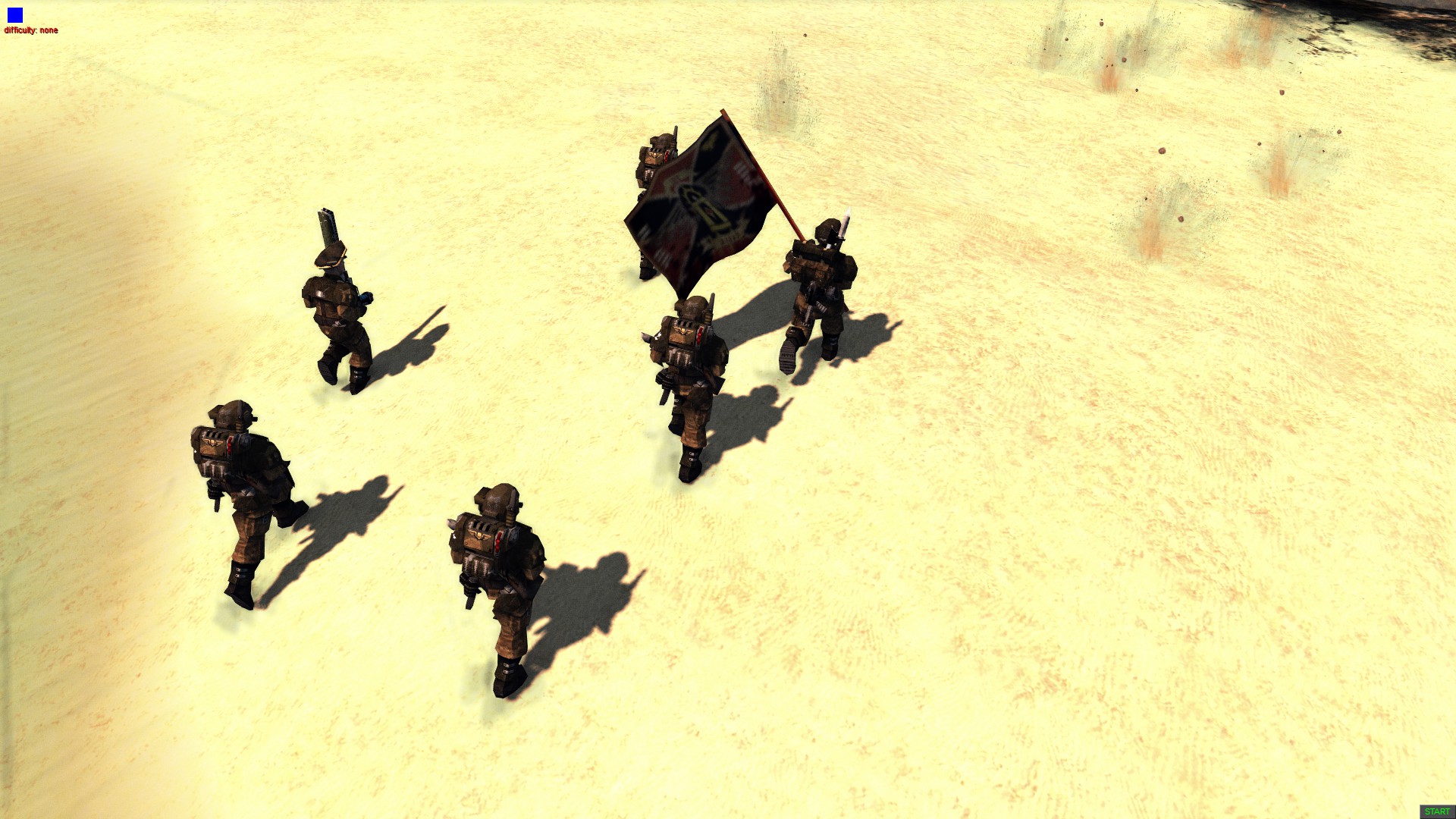 These images were also taken on one of the new maps, a tropical world now being fought over by the Imperium and Chaos. It will be included in the next update along other custom maps. Water FX issues still plague the mod, from an unknown cause, so water effects may or may not be included, it cannot be said for sure.

This brings us onto our final point of the update, and that is the first mission of a Warhammer campaign. Set on the world of Agricolus, our campaign will follow the 1st Harknian and the Blood Ravens as they fight a Chaos invasion. The first mission, although not yet complete, will feature a squad of Blood Raven snipers trying to reach and eliminate a Bloodpact Commander. Having played through it in the current build, it feels overly balanced towards the player, but more will be done to sort this issue out before the release.

Here are a few teaser images - 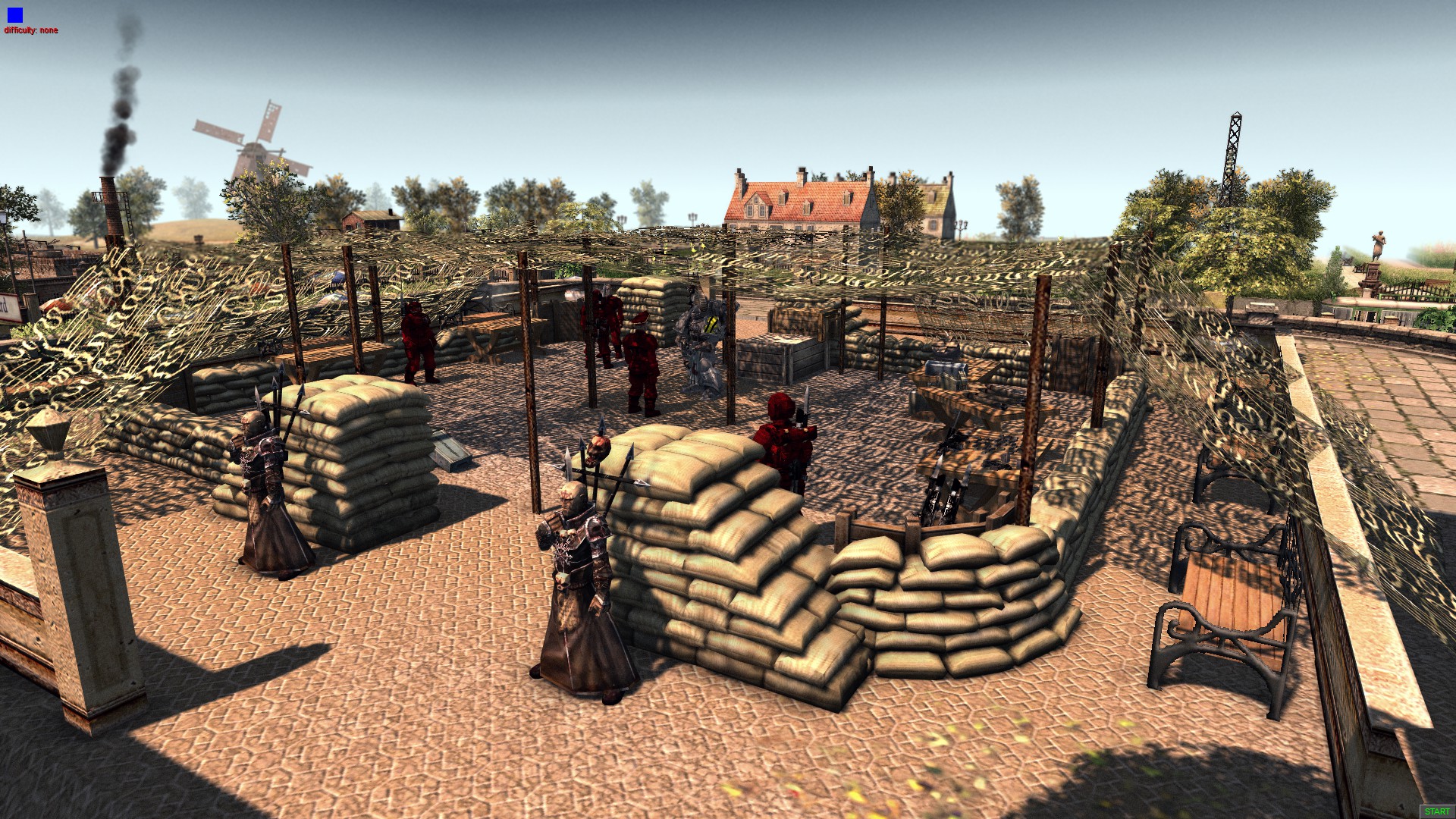 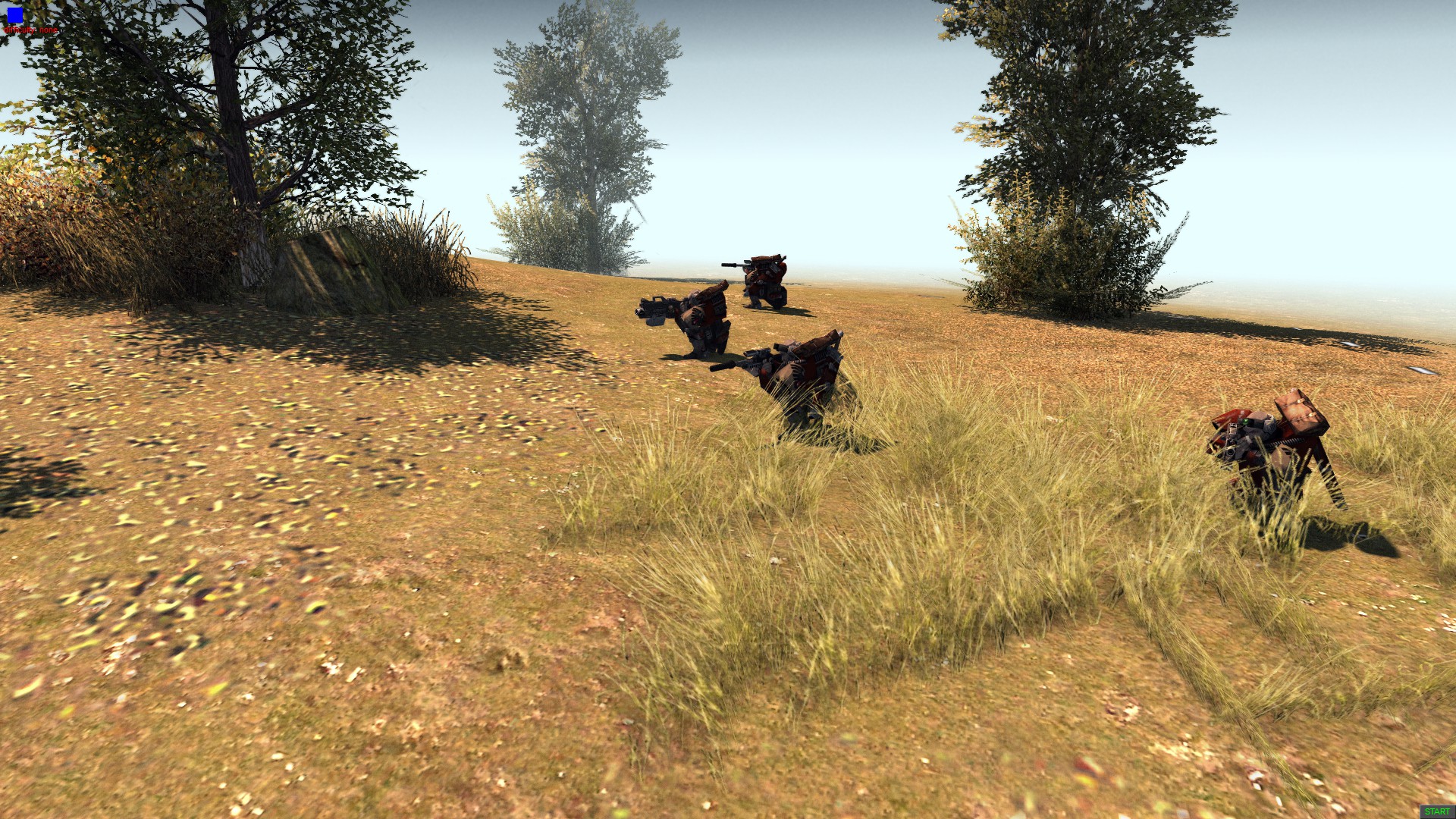 I look forward to getting the next release out there, I hope it will provide plenty for you guys to sink your teeth into.

Please let me know what you guys think of this update plan, and the mod overall, in the comments.

will the update be a separate file?

Good job man, really hyped for the next update.

Great MOD looking forward to seeing what you can do with this! Just one question will you be adding any custom building assets?

Building assets from dawn of war will be added, yes

first, your mod is really great :)

the second ting is i want to Report a few bugs in the actual Version (maybe you know them already):

the third Thing is, i have a few ideas:

- if you're able to add Sentinels and Dreadnoughts it will be great, there is a mod for Walkers with KV1 tank turret,i think it should be useful for the movemnent of Walkers

so thats all for now, good luck by the Tau antigravtanks :)