Hello Comrades Survivors! In this update you won’t see many artworks as many of you already got used to. There two main reasons: the first one - we are preparing for a very important “Thing”...

In this update you won’t see many artworks as many of you already got used to. There two main reasons: the first one - we are preparing for a very important “Thing”, which mean a lot for Frozen State and its future, because of that our concept artist is completely busy doing artworks for this “Thing”. The second reason - I mentioned in the last update, we had started working on the first playable alpha 0.0.1. A lot of work has been done flashing out the core functionality and I’d like to show you the video with some of them.

from the very beginning the character has a very limited inventory, in order to expand it one will have to find backpacks.The backpacks will be different sizes, consequently the number of slots will be also different. The maximum equipped bags per time depends on you character and vary from one to three.

The last main character has been made and textured - Stats Mosin “ The Punk” . Very controversial character, with a rebellious spirit and leadership skills he always hated the soviet regime and was trying to show it in any possible way he could. When incident has happened he was only 16. Now, being outcasted from his group of survivors, he became one of few lone survivors who can still survive in the city. 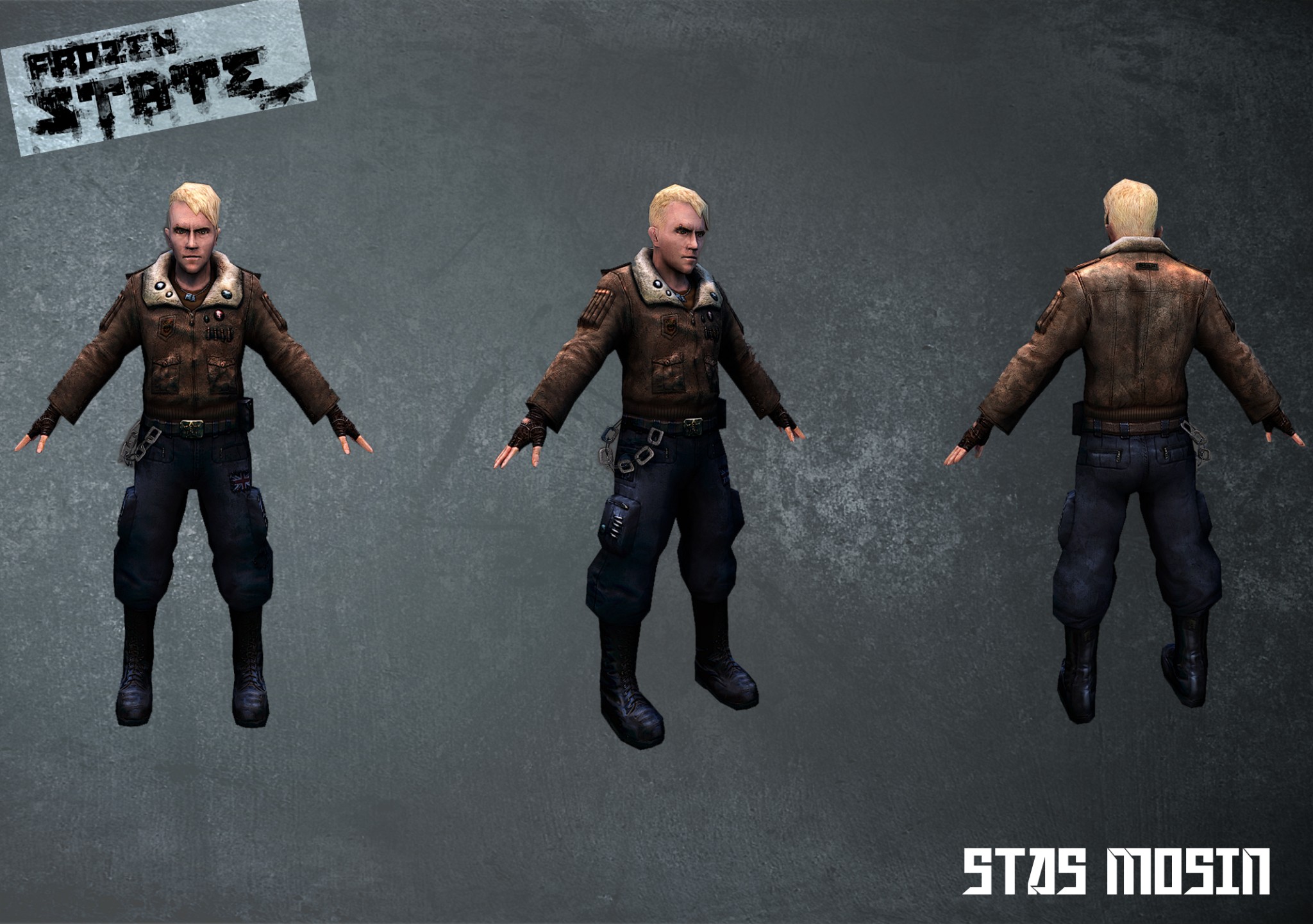 looks awesome for being in alpha state! ( no pun intended :P )
anyway, wish you luck guys :)

thank you for your support mate)

We are planning to finish alpha 0.0.1 by August, if anything goes right)

Looks very promising. Are you going to do a Kickstarter / Indiegogo campaign for this game? I feel like it would do well on KS since you already have some nice alpha gameplay footage and then you'd have some more funding to either hire more help / work on the game full-time.

Hey, thanks for the question and your believe in our game. It's time to reveal our plans)) Kickstarter campaign for Frozen State will start tomorrow 12.06.13 at 13.00 (London time). I will post an official update in a couple of hours here