Honored guild of planet managers, our monthly update is out, this time mainly fine tunings and fixes. But at the end we're announcing the next big feature: The Daily Missions game mode. We are always amazed ourselves what can go wrong in a global simulation and where the devil hides in the details. Anyway, the bugs are also getting more and more bizarre and today's cleanup post is an amusing collection of such occurrences. 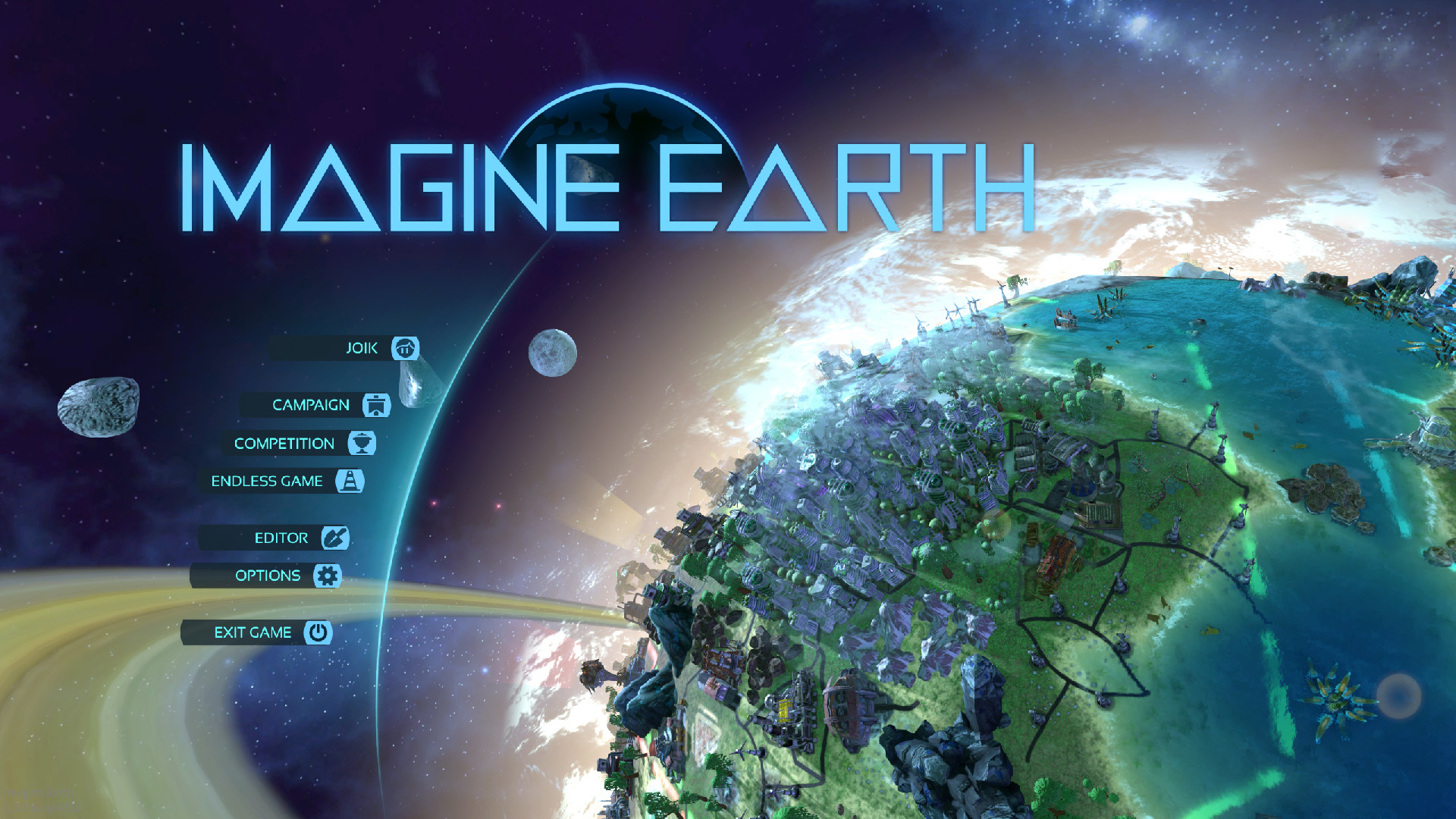 A bit of a gut-wrenching September update comes because we had a lot of bureaucratic stuff to do that kept us from generating cool new features. I had to write a colossal final report for the German federal grant that allowed us to stay independent until version 1.0, and porting the Playstation version is keeping Martin busy with some pitfalls longer than he imagined. All the more we're both looking forward to getting back to our core business and just building fancy new stuff and DLC for Imagine Earth and you, respectively. Soon we'll be sharing with the world a roadmap of what's in store for you in the galaxies of our game world. As always, thank you for your sustained interest in our climate crisis simulator project and the obligatory request to support us with a review if you haven't already. Nothing helps Indie Studios on Steam better than this support, except of course your personal feedback on the latest update, the balancing in the current game and what other wishes remain unfulfilled. But now let's get down to the nitty gritty. Have fun with it, Jens & Martin

First of all, we would like to announce that Imagine Earth is now also translated into Czech! We wish all Czech players a lot of fun with the new version that was created by Jan Balek of Balek Localization.

Unfortunately, the central diplomatic instance for all global factions was no longer accessible to players after successfully completing missions and competitions. The NPCs then blithely discussed tax increases and funding measures among themselves, while the humanoid player was left out in the cold and faced with a fait accompli. And on top of that, the World Congress featured the wrong representatives of their own faction, apparently the characters from past games. All history now, of course.

The AI in Imagine Earth once again behaves a bit more logically in this update. NPC factions now actively use research licenses. Also, AIs now only mine rocks when there are no other valuable resources, which previously slowed them down mightily.
In addition, small changes to priorities have resulted in AI corporations no longer planting trees, and as soon as reforestation became necessary due to climate change, they planted exactly the most inappropriate type of tree in each of the eight different biomes on the planets. This seemingly tiny inconsistency may have led to the fact that in the case of an impending climate collapse, exactly nothing was done to counteract the catastrophe. Which let the economic strategy of the companies turn out rather kamikaze moderately.

If you hold down the Alt key during the game you can now install all upgrades of one type on all applicable buildings at the same time again. This is exactly how it works with tools, all fields that could use a cleanup will be cleaned in one go, or all buildings that need a repair will be repaired.

A must-have management feature for several updates once the colony reaches a global scale. This menu has now received a functional update, the header display has finally been polished in layout and the button that allows you to repair, clean or mine all affected buildings resources deactivates when no such operations are needed or all have been activated.
Also, we disabled replaceable upgrades from showing as active in this panel. Because it was easy to accidentally swap when you thought there was still something to optimize there.

A particularly perfidious bug had crept into the editor. Although the editor saved the values for victory points and player factions properly, it did not load them itself. So that one then accidentally saved changed conditions. And because of this, the player faction was often left undefined, whereupon the game system simply picked one at random and simply let another unwanted faction land on the planet.

Taking over towers with the hacker kit

Lately, sometimes enemy towers wouldn't let me take them over with hacking tools. This strange bug in the game was also hard to identify, as it only occurred if you had previously loaded a game. It was similar with the planetary shield of the Great Pyramids, until today.

These helpful announcements have piled up to 3-4 times announcing pirates, storms, Xrathul and other disasters. What was actually important, strategic information thus became outright scare tactics.

Outlook into the next update: Daily Missions

Many of you have asked for the game to offer more long-lasting challenges. That's why we will work on a new game mode next, which I would name with the working title "Daily Missions". Players will then be able to colonize a new procedurally generated planet every day where they will have to compete against other corporations. This planetary conquest mission can then only be played for one day to create a high leaderboard ranking. For this, an online league is created in which one can gain the high score lead on a weekly, monthly or even yearly basis.

Win 1 of 5 keys. Raffle ongoing in #general on our Discord

Join our Discord Community for exclusive news and access to preview versions of future updates!

Get the Original Soundtrack of Imagine Earth and help planting trees in the real world!