Features that will be included in the next version of the mod.

Today i want to announce the new version of Stronghold Europe. Here's a list of changes: 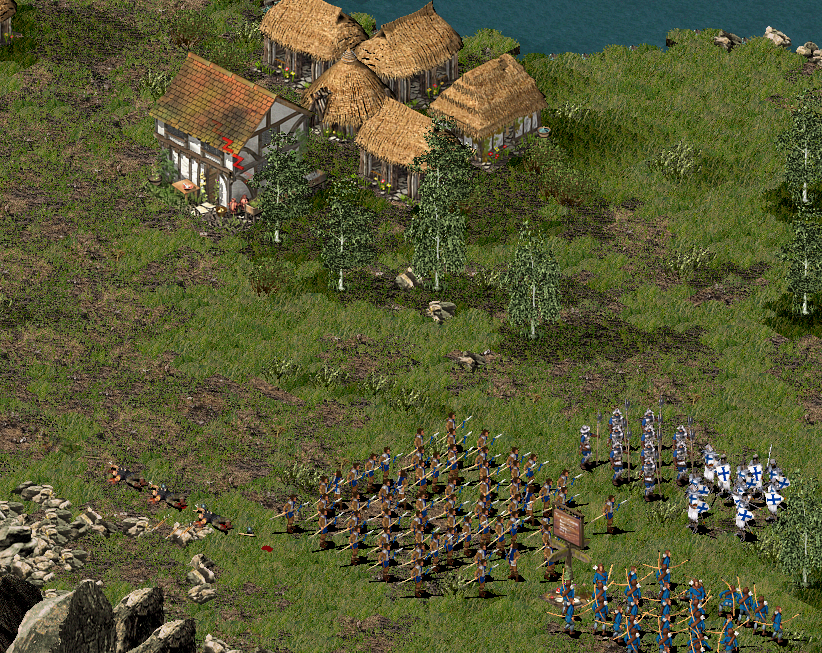 There are 2 historical campaigns done already. First campaign is devoted to Alfred the Great and his wars with Danish vikings, and the second one narrates about another King of England - Edward Longshanks.

Also I'm designing the European Trail of 30 skirmish missions, so Stronghold Europe will be the first mod with a brand new Skirmish Trail. 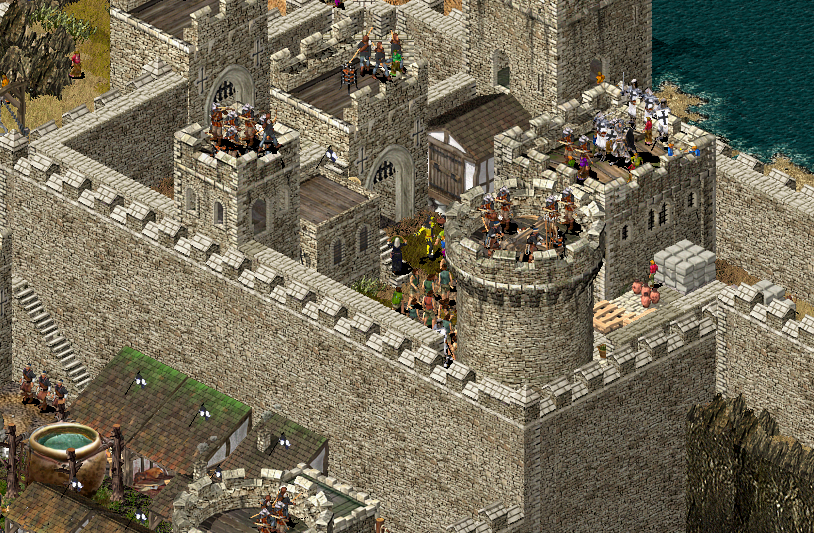 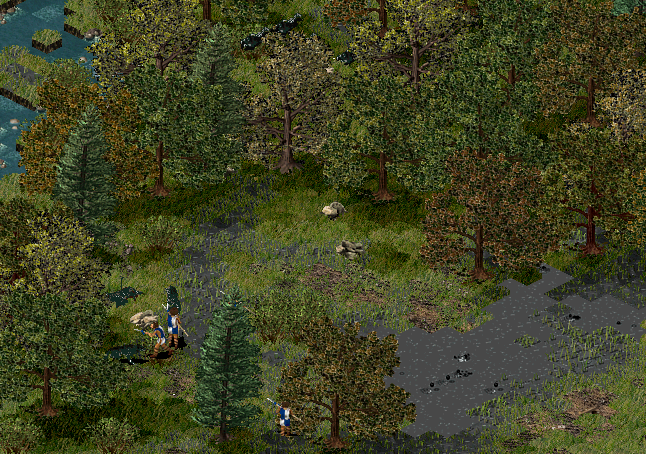 The main idea of Stronghold Europe is to recreate the atmosphere of Stronghold 1. Each detail must remind the player about those good old days in the european castle. So, now the colour of player's troops is Blue, just like in original game.

The nature was also improved. Lions are turned to wolves (although their animation is a little laggy because of Image Toolbox problems), and birches are grow again.

Crusades gone too far away from your castle, as arab lords do. Most of them were cut from the game, and there's only one now. But if you want to fight them, you can simply add their AIV's into the right folder. 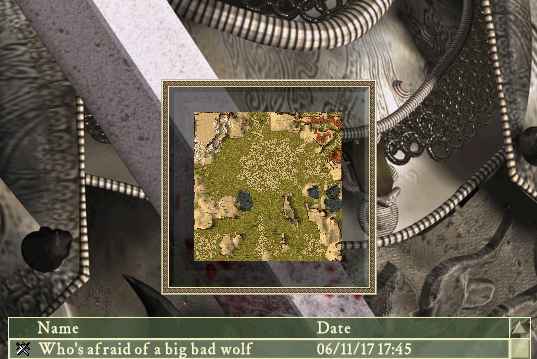 Current version of Stronghold Europe includes some maps made by KaiserJonas. In the next version a player will see many new maps made by EaglePrince and other authors. Not all of them are Skirmish - there are some Invasions too.

Stand by for the news, and good luck! :D

This looks pretty great, keep up the good work!

Wow! That's great work!
I always liked the ai addition in crusaders but couldn't get over the loss of the european setting.

This is a great mod, it seems like it took lots of work. ALso, i have never really seen many mods for this old gem of a game, so this is great!

Any news on release date of the next patch?

It's almost done, i'm just finishing the work on a new Trail. First 10 missions of European Trail will be in the next update ;)

when will you add europe warriors and knights