After a full year of development, Unending Galaxy has just been released as a stable 1.0 build. While the quest to make an all-in-one space simulation is far from finished, it’s still a nice milestone in itself.

Unending Galaxy is a single-player 2D space simulation in which you can fill any role from simple trader to the leader of a whole faction. Explore gigantic dynamic worlds where multiple factions are fighting for supremacy. Fight, trade, conduct diplomacy and build your own ships and stations.

After a full year of development, Unending Galaxy has just been released as a stable 1.0 build. While the quest to make an all-in-one space simulation is far from finished, it’s still a nice milestone in itself. I can’t thank enough everyone who’ve shown support in any way, shape or form, it means a lot. As usual, I will detail the changes and explain what’s going to happen next in this article. 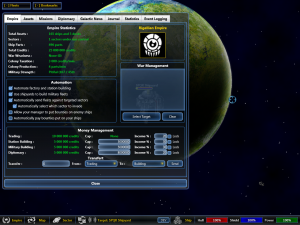 The game includes more colony types, and most tech groups / factions have a few unique colonies only they can build. The Drath Collective can build very powerful colonies on volcanic planets while the AI Core favor cold planets. Colonies are razed and rebuilt automatically based on the current owner. Additional control over colonies will be added during a specific (free) patch. 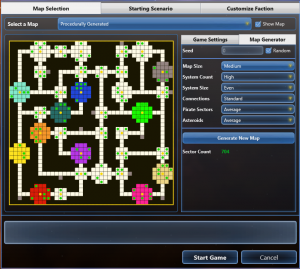 In addition to the hand crafted maps, you can use the procedural map generator to build your own. While still fairly basic it can build decent maps for empire level games. You can customize the generation using a seed and multiple settings. Map are saved to a file so you can re-use maps you liked or edit them in the editor. 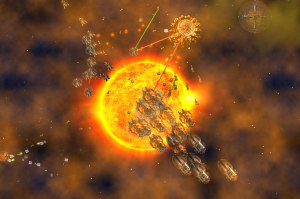 There’s a lot of small changes and improvements. Check the full changelog for details. But it’s important to know that replacing dock traders cost money (10% of ship price) now so you may want to keep an eye on your supply lines. In a similar fashion, being a member of the pirate guild isn’t always free anymore, it will cost 500 credits per minute per sector you currently own. On the other hand, rewards for missions and bounties are higher.

Manpower has been renamed “supply”. Supply limits how many ships your shipyards can produce. Supply is gained by holding colonies. War weariness has been renamed to “war fatigue” and still determine how fast your shipyards can produce. Factions can understand when you’re abusing an alliance or cease fire to take over someone else territory, and they will be less likely to ally or trade favorably with you if you do so.

Content-wise, the game has more scenarios, ships, maps, and hidden stuff than before. Existing maps and many objects have been rebalanced. A short dynamic plot line has been added too. 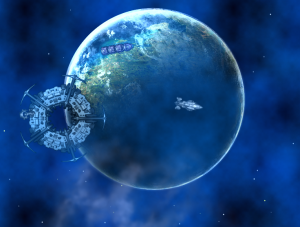 The game now includes a small tutorial map. It will tell you how to navigate, fight and build your first stations in a safe environment. It’s probably not the best tutorial in the world, and giving the wiki a look can still be useful, but it’s there.

Beside the game being more stable than in previous builds and that tons of bugs have been fixed, the user interface is completed, most menus are better looking and more useful. The save/load menu has been redesigned with screenshots for each save file and two quick-save slots. A proper loading screen (with tips) has been added. The menu to loot cargo pods has been replaced by the better looking cargo transfer menu. 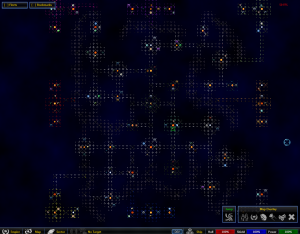 A new extremely large hand crafted map has been added to the deluxe edition. It’s a difficult colonization type map for veteran players. It also come with a bonus mod containing 4 new large battleships. A cheat menu has been added too but it’s hidden.

The modding toolkit has been updated as well. 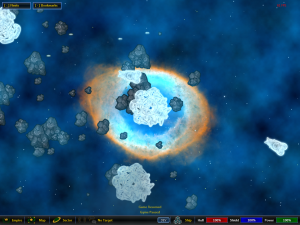 Unending Galaxy will stay under active development. And after the unavoidable next few bug fixing patches, we’ll start looking into the 1.1 release. There’s quite a few things that can be improved upon and we’ll likely dive first into the colony system first. I had to automatize it completely in 1.0 due to time constraints, but future versions will add building, maintenance and razing interactions (and costs).

Next big chapters will likely be Science and Diplomacy. Science will allow factions to use their economy to get a technological edge. Diplomacy will allow for a better faction AI in general. It will also give more options when dealing with other species. I will write on those subjects later on.

Anyway, I hope you will enjoy this release !

Happy Birthday :D (can you say so ?)
Playing it when i finished my exams for this semestre ;)

I guess you can, even if it's more of a 'birth' than a 'birthday' (which implies that the game was already born).