After seven months of dev, URR 0.6 is out - a vast procedurally-generated world of cities, farms, towns, slums, graveyards, encampments, fortresses, and more.

Posted by UltimaRatioRegum on Dec 13th, 2014

After seven months of development, I am extremely proud to announce the release of Ultima Ratio Regum 0.6!

This release allows you to explore every single settlement you see on the map: every feudal city, hunter-gatherer encampment and nomadic fortress, in addition to the towns and farms dotted through the feudal lands, are free to explore. You can download it here, and read more detail about the release notes below.

This is the sixth of seven planned worldbuilding releases, which will conclude in March with 0.7's creation of the interiors of every single building you see in this release, after which core gameplay will begin with 0.8's NPC generation. Until then, look around the vast world, be sure to ‘l’ook at everything, consult the ‘E’ncyclopedia for information on the planet you’re exploring, and generally get an idea of the scale and complexity of the generated civilizations the game features.

- Explore massive and varied feudal cities (each able to support a population of ~300,000+), each with its own range of districts, architectural styles, and buildings influenced by the political and religious choices of its civilization.

- Discover nomadic fortresses in the desert, enclosed by walls and with an emphasis on strong defence and open-air markets.

- Farms and towns now also generate within the countryside, which in the future will be important stops on your travels, and sources of occasional markets and information.

- Hunter-gatherer civilizations now have settlements, laid out in complex geometric patterns, built from a range of materials, and containing cryptic shrines…

- A huge range of new ‘l’ook graphics for almost everything new in the game, and for a range of items/features/terrains which did not possess graphics in the past.

- Introduction of strategic-layer movement around cities, a note on the pricing of city districts, and the unique coinage of each civilization, which will be activated in version 0.9.

- Significant expansion of variety of religion and civilization generation.

- A range of bug-fixes and optimizations on roads, settlement generation, coats of arms, line of sight, generating certain aspects of rivers, and more.
From this point onwards, developing URR will be my full-time occupation for approximately the next twelve months, and I will post in more detail about this next week. Until then, I hope you enjoy exploring this huge world, please report any bugs you might encounter and the crash log (either on this blog post or emailed to mark @ my domain) and here are some screenshots of the kind of variation you’ll find in an average generation. 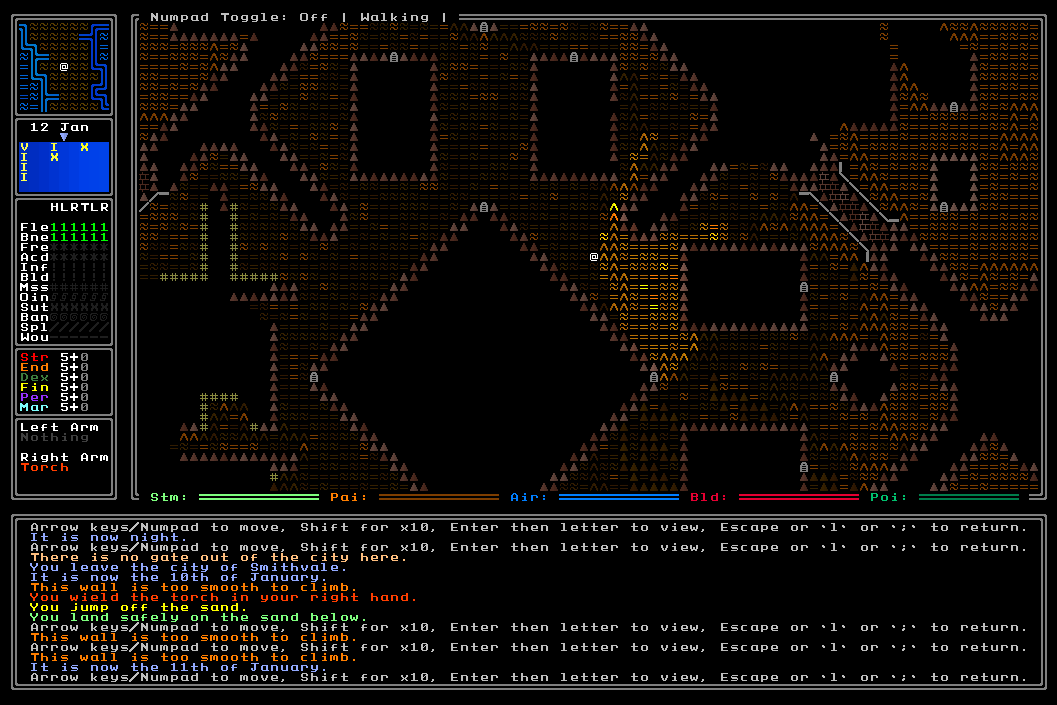 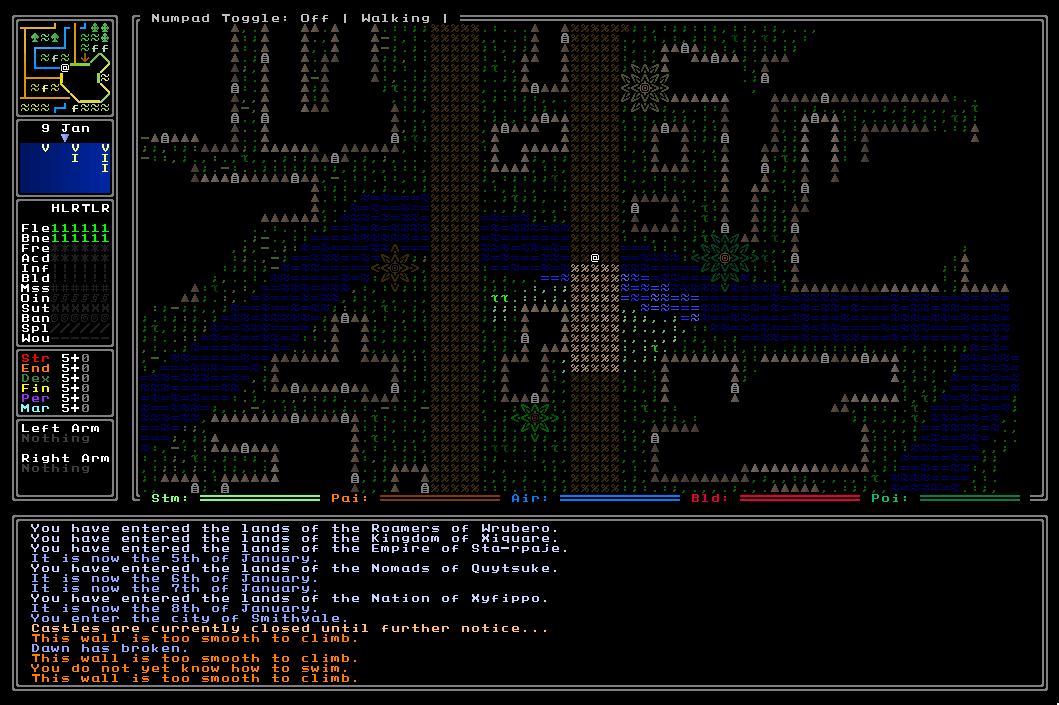 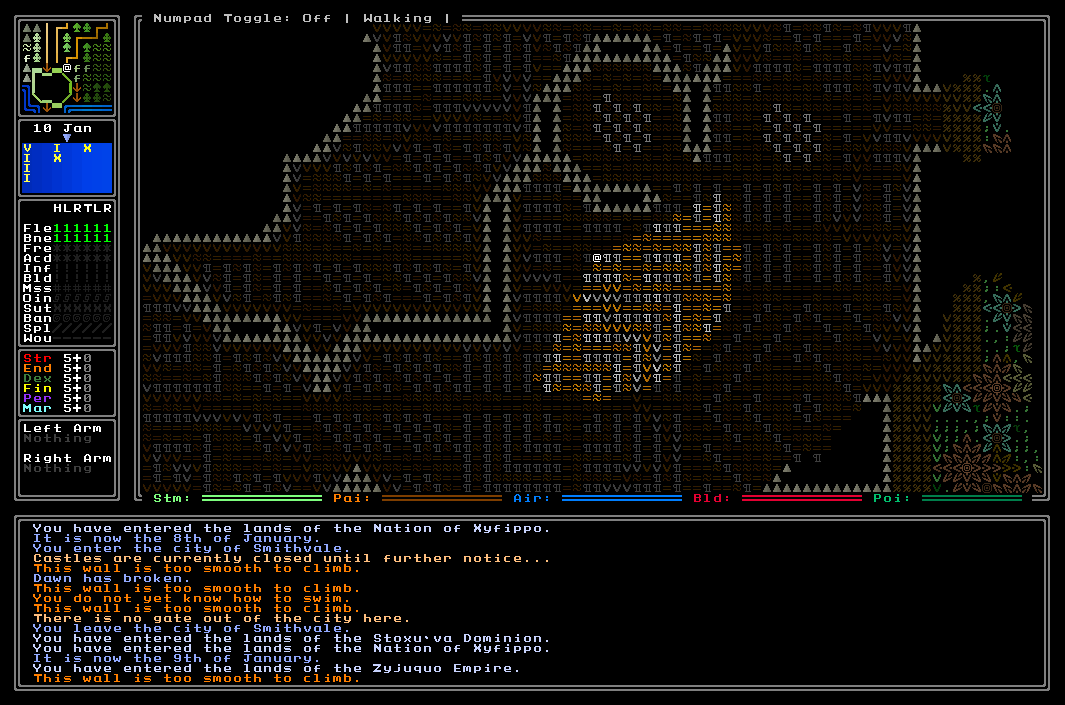 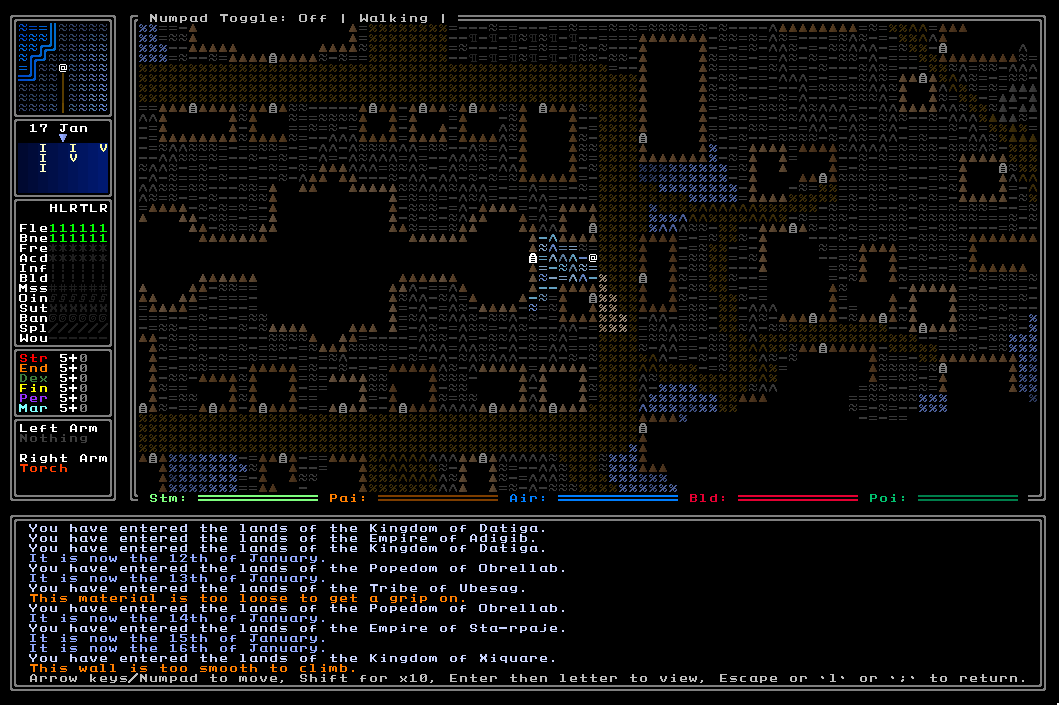 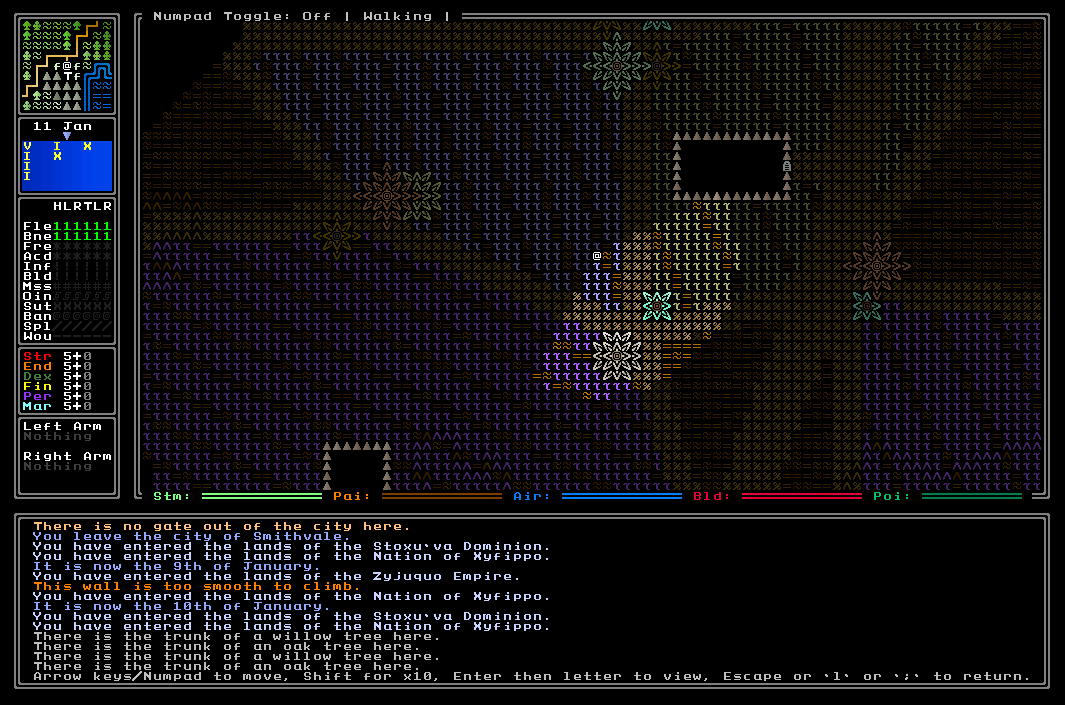 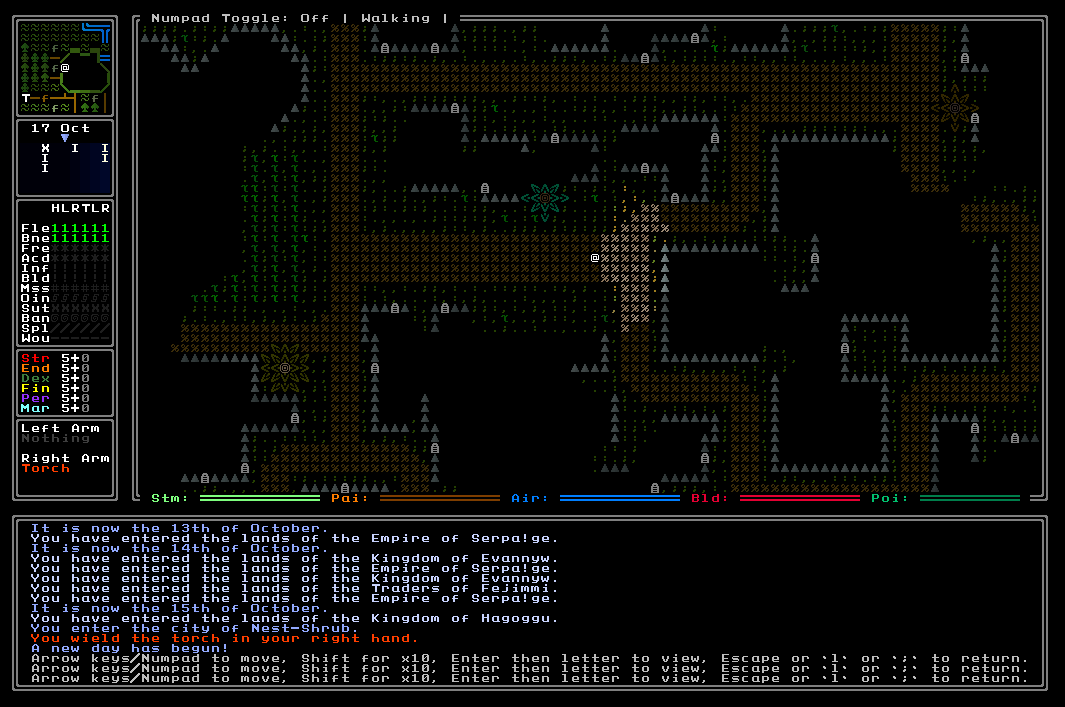 Yep! Was determined to get it out before everyone went off on their holidays :)

Awesome, let me know your thoughts!

i will try out soon

Thanks - should be pretty much bug-free at the moment, from what I can tell.

Well this is excellent :)

Also, I love the names for buildings. They sound like they could have been made by real people, as in, they make sense and I can remember them.

*Excellent*, making good name generators I think is really essential for a game like this. Clearly some are always going to end up similarly, but I personally love the Tavern names, and I'm very happy with the castle names too, for instance, and each civilization has its own method for generating settlement names. I wanted to move away from just generating "dungeon names" or "cave names" and that kind of stuff!

Well, I can't wait until the next release. Thank you for such an amazing game.