The new update of the UI comes with command buttons and more displayed information, this is a quick update on what the focus has been the last month.

Since the interface was modernized a year ago I finally found the time to update it with more information, after finally deciding on how to do it. After many iterations and sketches, I was finally content enough to show you some of it. This is still an experiment and work-in-progress though, but one thing is clear - it will certainly not return to the old style. 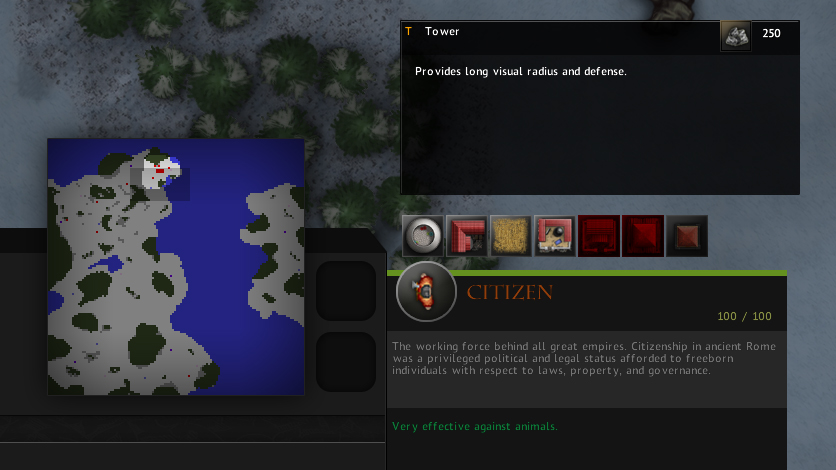 The idea behind the modernized style was to be very, very simplistic. It displayed no other details about the unit other than its health and a short (temporary) description. The plan was to show stats such as armor, speed and attack in a separate window, which of several could be opened - to easily compare stats between different unit types. 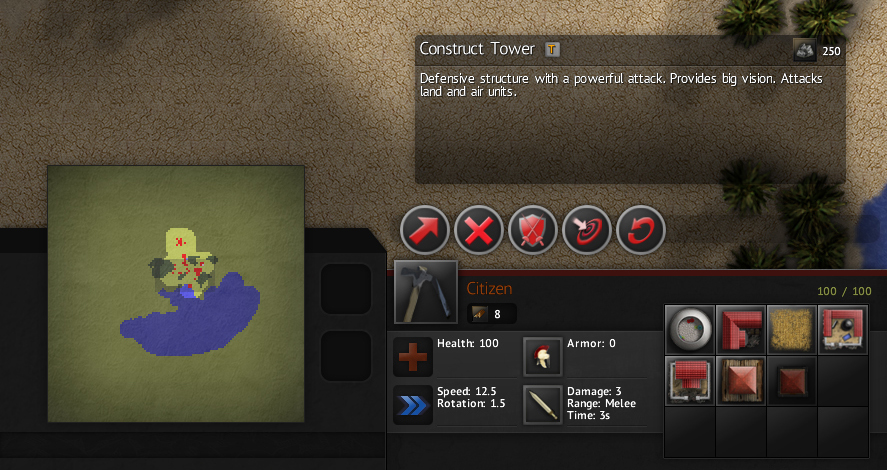 The new style shows all information instantly in a clear view, along with minor design changes such as the addition of subtle background textures instead of flat rectangles. The tooltip window also received a huge facelift, made less crude and overall much more pleasing.

To make room for the command buttons, which had not made their appearance in the game until now, the buildings were moved to a grid-based layout. I was originally critical to this, as it limits the amount of buildings by a hard-set standard. But if it comes to it I will make it either expandable or make folders possible, as it works in Warcraft and Starcraft. With this update, the icons for all units were also remade (previously they showed the 2D sprite enlarged). Eventually, the icons for buildings will also be remade although they do not feel as much of a problem.

A counter was also added to show the amount of resources, and which type the unit is carrying (if carrying any), shown below its name. 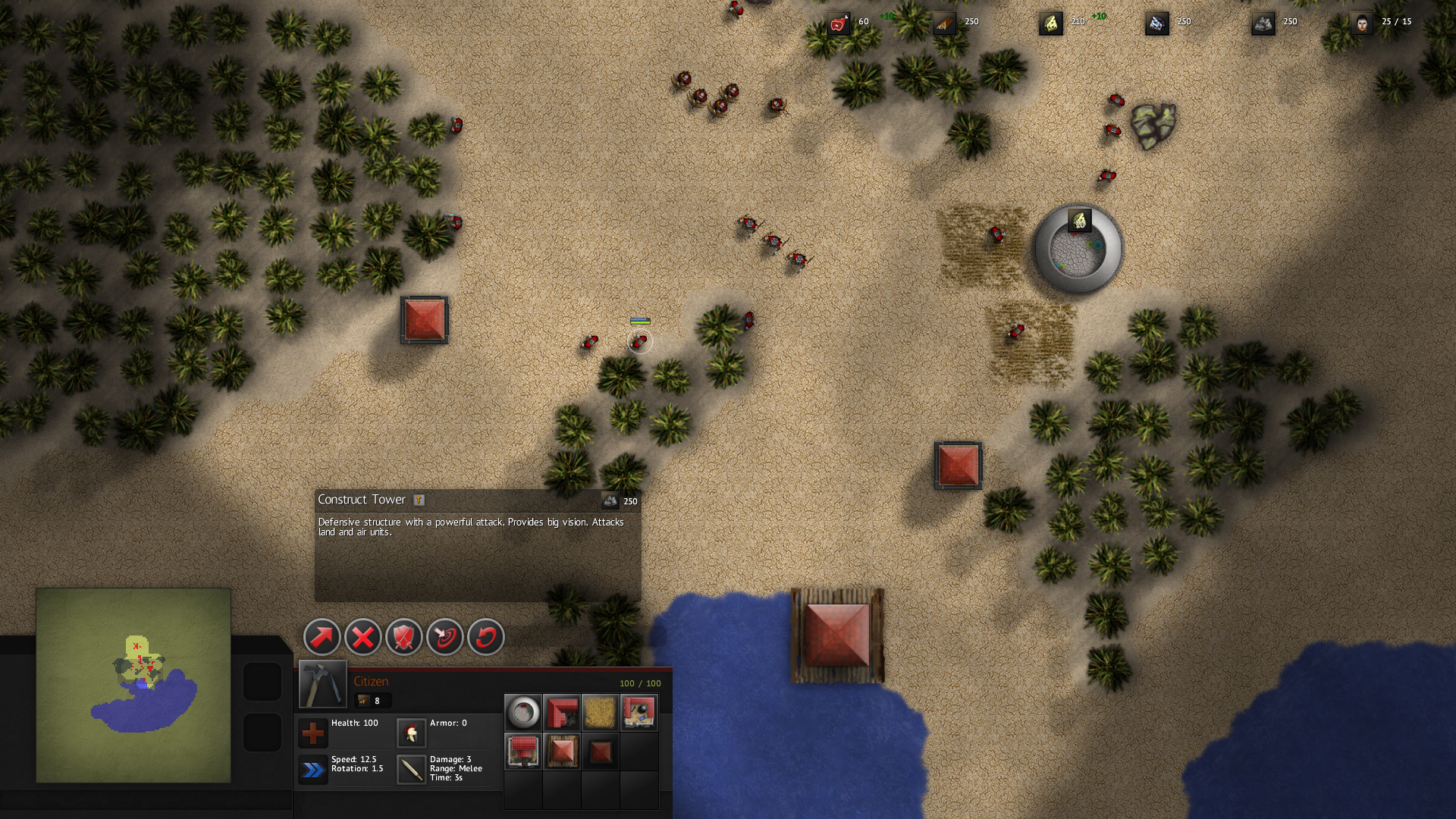 The command buttons are the biggest addition in the redesigned interface, which allows users to see descriptions and hotkeys for all available actions for the selected units. Along with this, patrolling and hold position was implemented. 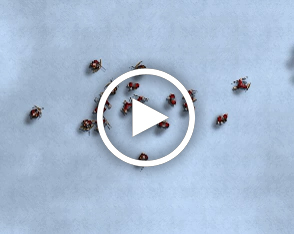 Do the patrol dance!

The same system and layout will also be used for abilities in the future. With additional streamlining of actions behind the scenes, the multiplayer aspect and messages of issuing orders was also simplified and perfected.

In the next post, I'll talk about the recent improvements that were made to the development process, focused on automating and saving a lot of time - making future changes and addition to the user interface a breeze.

This looks really awesome, any new on when a demo comes out or its release date?
Keep up the good work :D Really excited to play this

Hey, sorry for totally missing out on your reply. As compensation I've sent a you message with an access key, so there's that demo for you!

Thank you very much! Can't wait to try it out.

Keeps getting stuck at 84% when updating game files, know any workarounds for this issue?