Release Tremulous 1.2 might delay due to some license issues.

If you know Tremulous, you also know that the development team is working hard on the 1.2 release. Upcoming release won't add new models or graphics except a few minor changes to the old ones. Purpose of the new release is to address the major balance issues in the current 1.1 release. Those changes redefine the gameplay from the ground up thus creating a totally different game experience. There will also be some changes to eliminate known bugs.

The next release is complete code and balance wise. After four and an half years of work they were ready for a new release. However, the developers noticed a license issue in the current version. Most of the sound files come from an unknown origin ( Previously, they were wrongly released under the Creative Commons ShareAlike license). Now, they have replace all sounds of unknown origin with new ones. Unfortunately, the developer who created most of the sounds is now missing. There is a huge community effort to create new sounds. That process might take some time.

Here is some new content for the release after 1.2:
( You may find more images here. ) 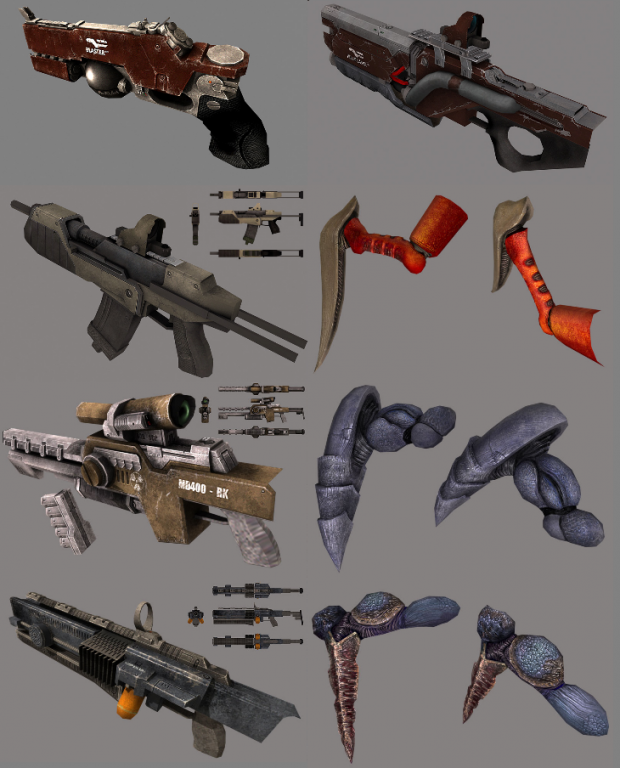 Sounds fantastic, glad to hear that you guys are still pumping out content.

Why do these sort of games only start updating AFTER there are good commercial alternatives appearing? Same with UFO AI...