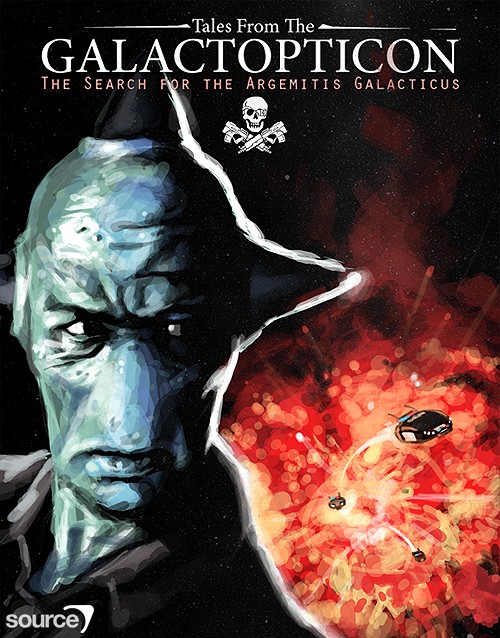 We heard there's some kind of "best mod" contest going on. We like contests, but only when we win. So we figured we need some kind of news post with hella pictures of cool stuff to get everyone on the internet to vote for our mod.

In case you're new here, Tales From The Galactopticon: The Search For The Argemitis Galacticus (or Galactopticon for short) is a single-player science fiction mod for Half Life 2. It is about a blue alien who is recruited by a motley gang of interstellar pirates and has to shoot people and also space monsters. 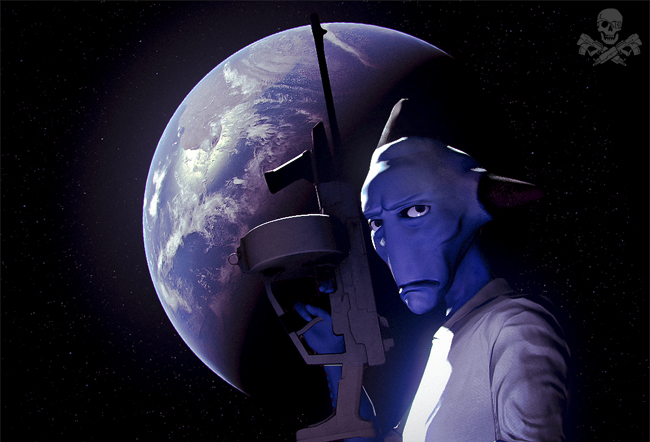 This down-on-his luck Laituurian might have been a hero once. Now he's just trying to get by in a galaxy that gets uglier every minute. 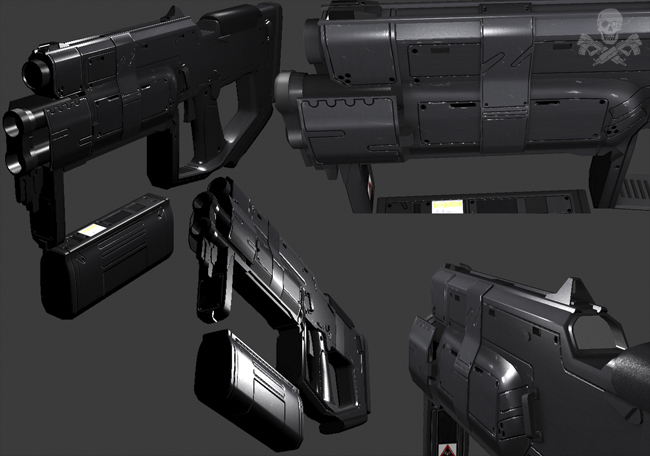 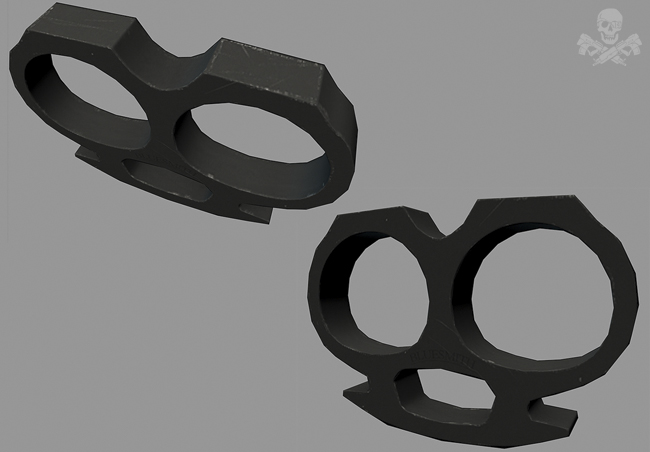 I heard you like weapon renders, so here's a couple of the many deadly weapons with which Solomon will hurt people. 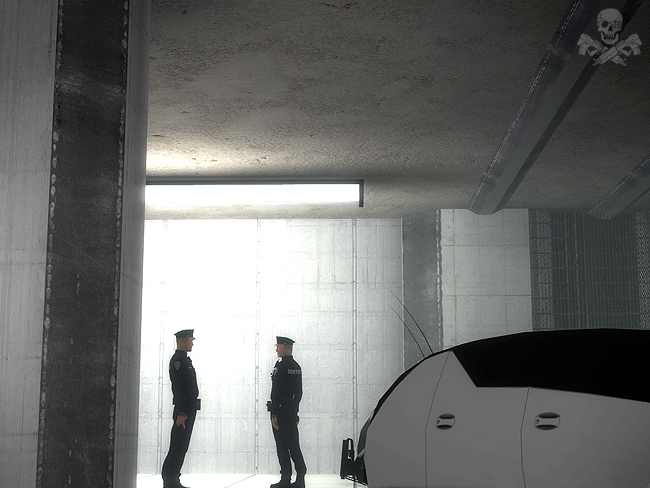 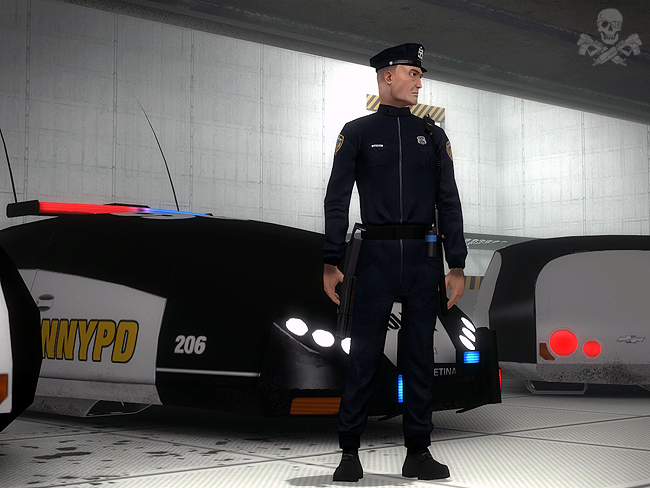 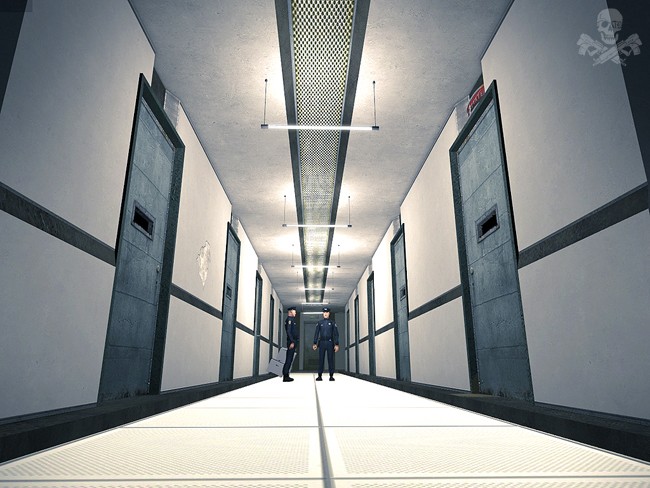 The local fuzz. These crooked cops will stop at nothing to put Solomon behind bars. Word has it they're in the pocket of... 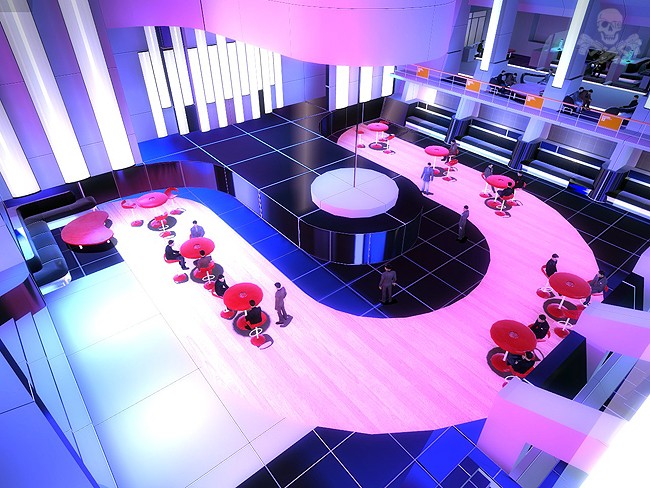 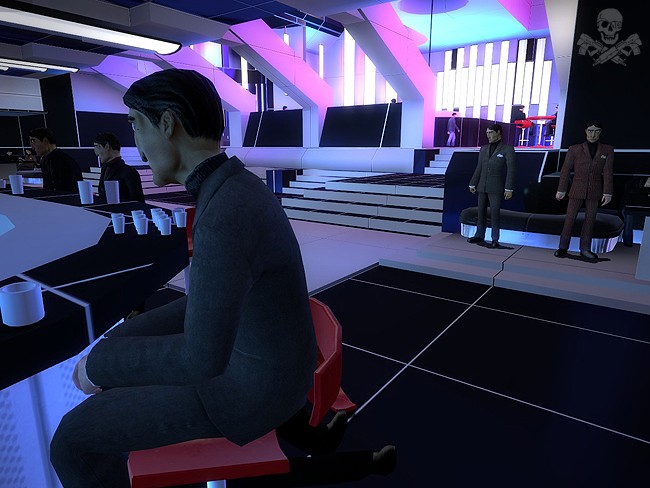 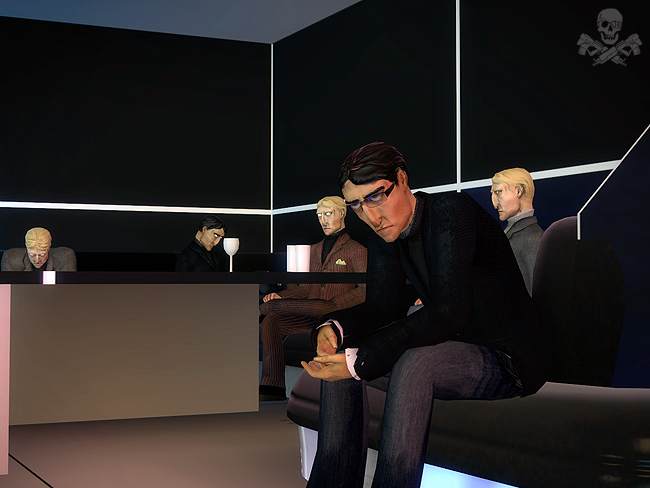 A gang of gangsters who operate out of a shady nightclub, the Bada Bang, underboss Sid Busco and his henchmen might be an easy source of work for a shady character like Solomon, but they're not to be trusted. 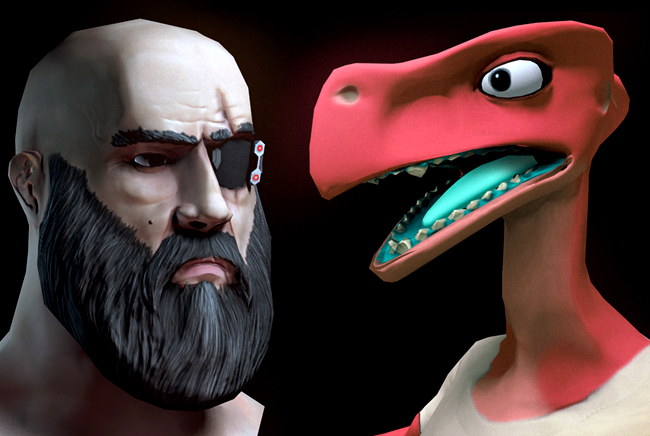 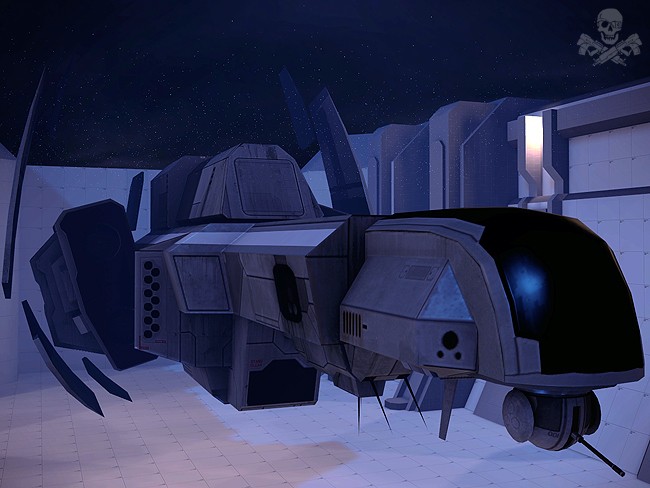 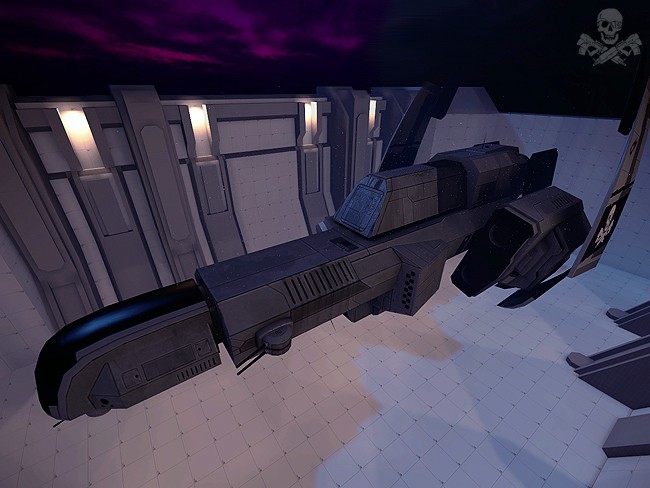 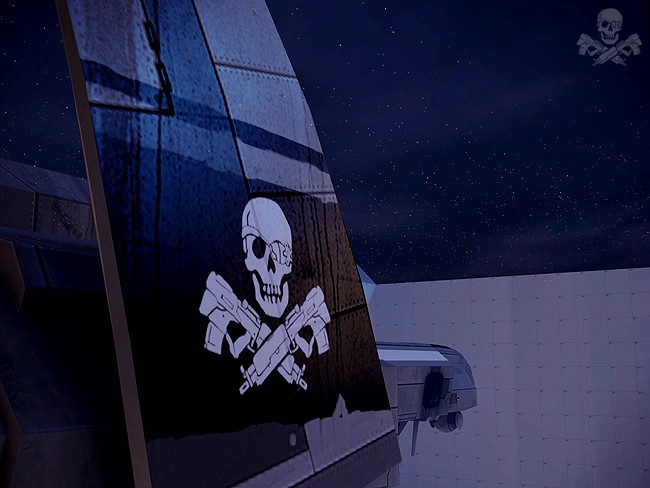 Commanded by Captain Mulholland and his cadre of capable crewmen, this heavily-armed frigate is John Solomon's only ticket off New New York. Those wings will be connected to something soon.

This is very early, and a lot of stuff is broken. But we think it kind of rules, and we hope you do too. Anyway, bye. 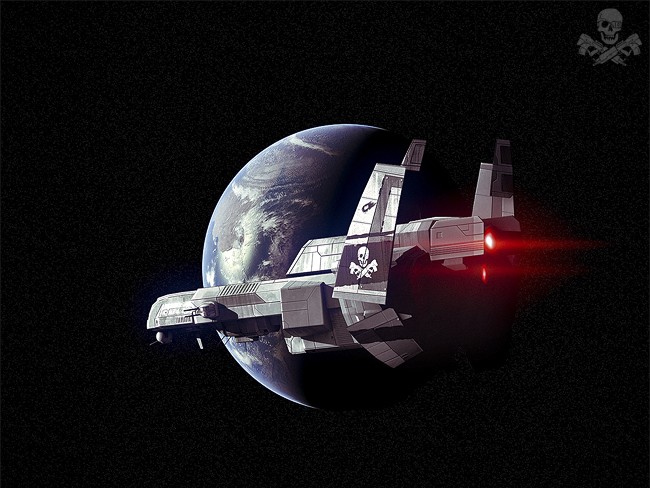 Too awesome for my poor eyes. Keep it up!

This just gets better and better on every media I see :D
Keep up the good work!

This will be free, right? Or else you won't get my vote!

...Nah, **** it. You'll have my vote either way ;]
I hope Galapticon will have a story matching the eye candy.

Voted for great justice. And because this mod looks frigging epic.

I thought teh main character reminded me of something i found it :D.
Newtek.com

Looks like they guy on lightwave modelling program lol.

I kinda miss the old logo, great media though.

Holy Crap that is a lot of awesome!

I love the way the article is written. =D

Looks pretty damned sweet, and yeah, that is an article written with attitude. :D

great article and an awesome update too! love the cop pictures and the ship, the reflecting textures on it are outstanding!
oh... and nice to see that fanart again ;)

Facts are facts - this team is turning out some really fine work !

Some nice art style but not seeing anything new on the shooter front.

save some for me

best dev reply ever.
that wasn't constructive critisism, quick, think of a way to hate...

Pretty awesome stuff but... I suppose it's gonna be just another shooter, hm?