Worked focused on building the system specific for each upgrade Tower.

Worked focused on building the system specific for each upgrade Tower

The initial planning of the game already counted with this proposal. Basically the upgrade process of the towers was already occurs, i.e. a tower can go from level 1 to level 3 and later it can be evolved to a special type of Tower. 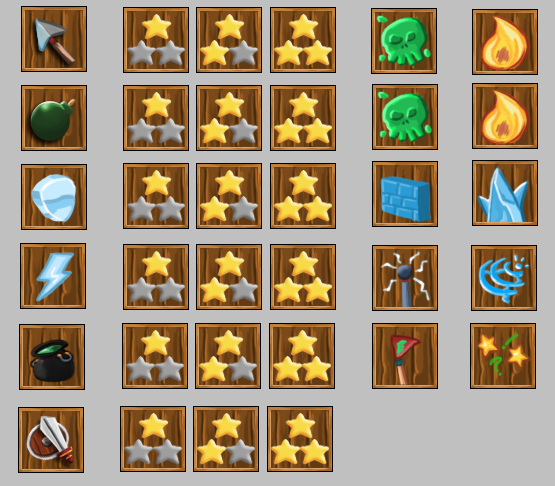 Each tower will have 2 specific upgrade possibilities, the only tower which still does not have a definition itself is the Tower crypt because the soldiers require more work to be developed with specific properties and I'm going to take a little more time focused on solving the problems that this tower in particular will bring me.

The first front of work already has 90 percent of work complete, several shooting styles have already been created, but the most complex are to the end.

The second front, I am working on designing thematic Tower alternatives, which reflect the type of action that the tower is.

One of the specific upgrades for example that was already planned and began to put into practice is the ice Tower offer an Iceman to confront the enemies that are generated (as the Tower crypt currently offers).