At the height of Gondor’s power, the fortresses at Angrenost and Aglarond guarded the northwestern borders of the kingdom, and watched the traffic along the North-South Road. But in the Great Plague, the watches on the borders faltered. Many of the soldiers and their families removed eastward, across Calenardhon, and command of the strong-places was left in the hands of hereditary chieftains. To whom does a chieftain’s allegiance run – to an absent lord, or to a people without a leader?

Chiefdom of the Angren

The Iron River, that the Elves and the Men of Gondor name Angren, flows through many lands to the Sea – hills and plains and whispering marshes. But it has its source in the arms of the mountains, near the black spike of Orthanc and the mighty ring that circles the tower. Old is that stonework, and maybe none now live who can craft its like. At the height of Gondor’s power, the fortresses at Angrenost and Aglarond guarded the northwestern borders of the kingdom, and watched the traffic along the North-South Road.

But in the Great Plague, the watches on the borders faltered. Many of the soldiers and their families removed eastward, across Calenardhon, and command of the strong-places was left in the hands of hereditary chieftains. Of the defenders of the fortresses, only a few claim descent from people of Gondor; most are folk whose forebears have dwelt in this land since before the coming of the tall Men out of the Sea.

Some call these latter Gwathuirim, people of the shadows of the hills and mountain vales. Of late, as the power of Gondor seems to wane, more and more of these folk cross the Angren, moving with their herds or seeking secure homes. Many take up arms in service of the chieftain, manning walls and patrolling lands that seem almost forgotten by the King, troubled as he is by the threat of invaders from the East. And west and north for many long leagues, the lands are unwelcome to strangers. The North-kingdom far away is rumoured to be beset by sinister powers; few riders come from that way. The people of the Enedhwaith, the Middle Wilderness, have offered little trouble in the past, but perhaps the time is right for a chieftain of the fortresses to begin to gather such folk under the banner of the Tower, to ensure that some other leader does not raise them in war against the old Numenorean defences.

While once-mighty nations groan under pressure from tireless foes, what shall the lesser folk do? To whom does a chieftain’s allegiance run – to an absent lord, or to a people without a leader? 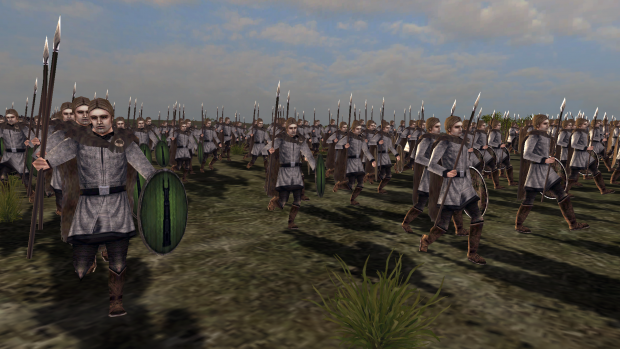 Gwathuirim Militia are often used as garrison troops, and usually drawn from the men of the lowlands of Calenardhon or Enedwaith. Equipped with shield, spear and little armour, they can be a threat to lightly-armed riders or troops of similar training but are unlikely to hold for long in a battle-line. Still, in some settlements they are the first line of defence and can be of some use to a hasty captain in need of a reserve force. 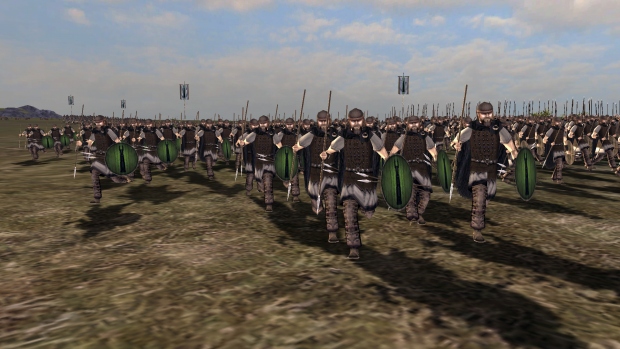 Tireless skirmishers, these stealthy clansmen are equipped with some leather armour and a shield depicting the Tower of Orthanc. They prefer to strike from ambush with a cast of their javelins, then fade away, only charging into melee when their javelins are spent and their foe is distracted. Gwathuirim Clansmen hone their skills over the course of years spent hunting and living off the land; those in the service of the Tower and its chieftain are eager to prove their usefulness and earn rewards from a generous captain. 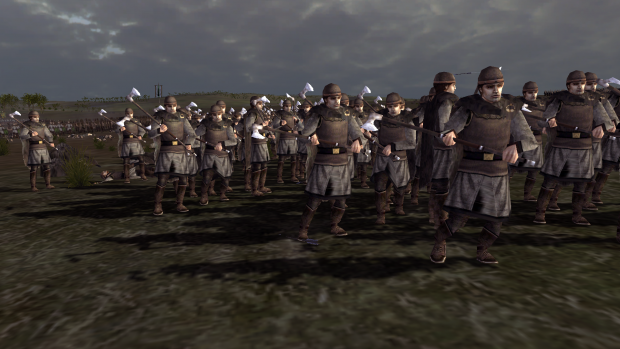 Drawn from the less wealthy of the Chiefdom, these are poorly armed but dangerous men wielding large axes. Wearing leather caps and some armour, they depend on outflanking their foe or carrying all before them in a wild charge. Although they are not the best trained or equipped, these men have been strengthened by labour in the fields and forests, and should not be underestimated even by well-armed soldiers. 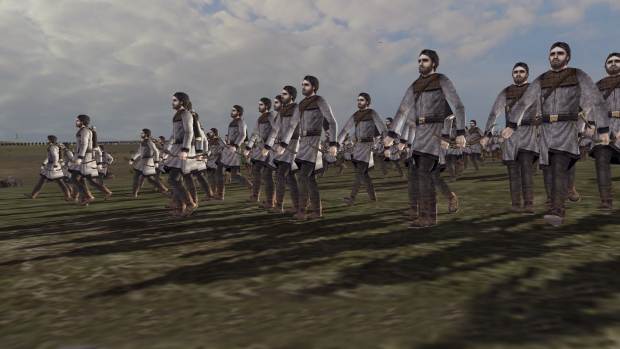 Swift hunters of the plains and river-banks, these bowmen go into battle with little protection but can inflict great damage on similarly lightly-armed foes. They carry only a hunting knife for close combat, so are best kept out of melee. A captain who fields many of these bowmen will be at some advantage when holding high ground or defending walls, but must depend upon heavier troops to hold off approaching attackers. 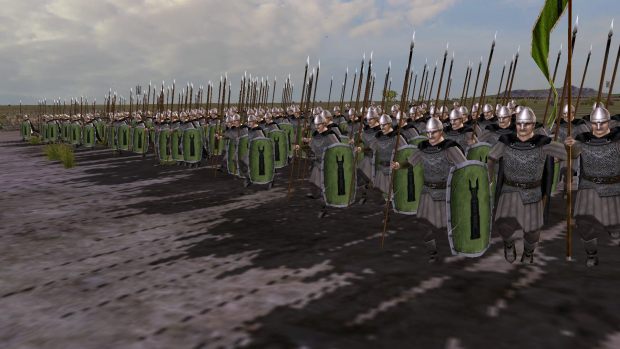 Better trained and armed than some of the men fielded by the chieftains, Tower Guards fight after the manner of the militia of Gondor, and are similarly equipped, boasting an iron helm and mail, along with a stout shield and spear. They are most effective defending the flanks of a battle-line against cavalry or holding a defensive position in a stronghold, but supported by lighter or more aggressive troops they can hold off even superior foes for a time. Their primary charge is the defense of the Tower and Ring of Orthanc itself, but such reliable troops often see action on campaign under captains who appreciate their skill. 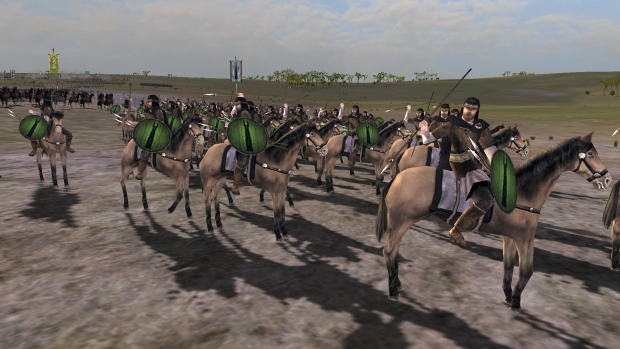 These agile riders are adept skirmishers, keeping away from the enemy while casting spears into their ranks. Armed with shields, they can defend themselves at need against other light cavalry, but they are best kept away from the fighting until all their javelins are spent. Charging into the flanks or rear of foes who have already committed to battle, these scouts can tip the battle in their chieftain’s favour. 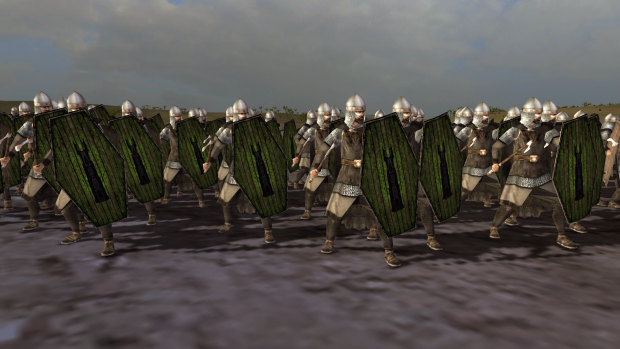 These staunch fighters wield axe and javelin like many warriors of the clans, but they have earned high esteem – and fine armour – through their ferocity and tenacity in battle. While they have lost none of their woodcraft, they are at home on the battlefield, where they can be trusted to hold the line or to hack into the enemy ranks. Dangerous both at range and in close combat, Picked Clansmen are a versatile and aggressive arm of the Chiefdom’s hosts. 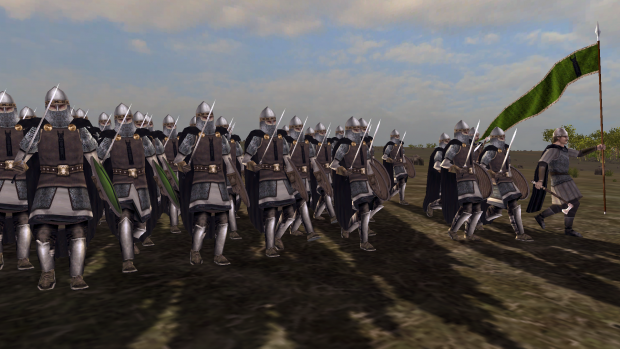 As the chosen guard of the hereditary chieftains responsible for holding the gap into Calenardhon, these men are equipped with the best armour available – mostly from old Gondorian stores or rare shipments from the south. Fully protected by well-wrought helms and mail, bearing the insignia of the Tower of Orthanc, they are an imposing sight and the hardiest defenders of their lord. Few warriors can stand against these expert swordsmen, though they should be wary of cavalry charges. 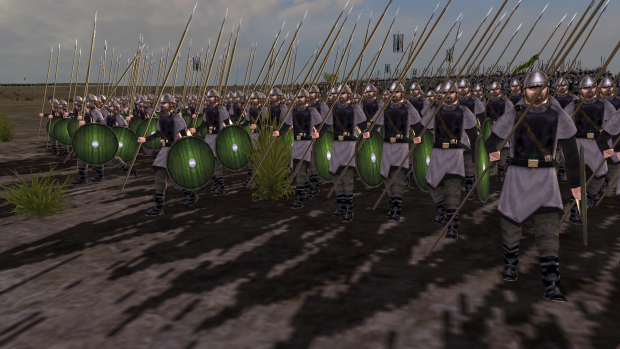 Armed with long spears and shields, the Tharbad Watch guard the river crossing at Tharbad and the roadways of the old North-South Road that once connected the realms of Arnor and Gondor. In addition to guarding settlements and forts, they may serve well in battle, where they can fend off riders or similarly-armed troops. The men of the Chiefdom are often trained more for attack and skirmish than holding a line of battle, so defensive-minded watchmen drilled at fighting in formation are a welcome addition to a captain’s forces. 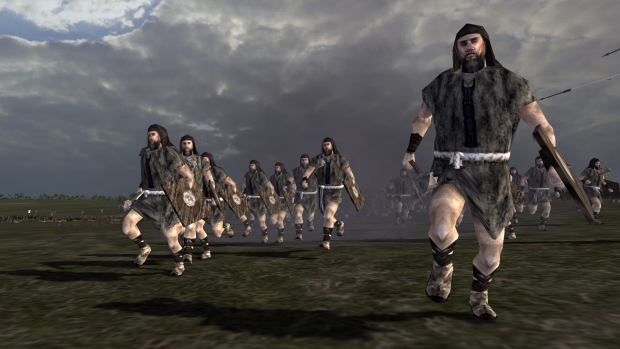 These fearsome and wild fighters come from the foothills of the mountains – hardy men, huge of limb, delivering crushing blows with their brutal maces. They are ill-disciplined and poorly armed, but their sudden charge may cause lesser foes to rout, and they can smash down even well-armed troops. A captain is well advised to hold back these unruly hillmen for the right moment, as in their enthusiasm, they may become exhausted and more easily cut down. 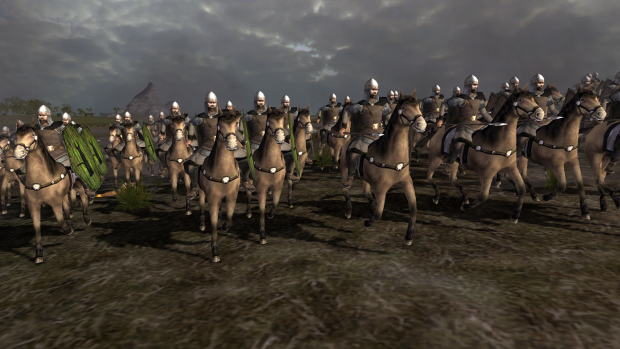 Far from the great cities of Gondor, the chieftains of the Angren have depended upon horses mainly to bear errand-riders and messengers to and from the garrisons of the northern forts. Though horses trained for battle are few, the Gwathuirim Horsemen are an important arm in a captain’s host: sturdy spear- and sword-armed riders, bearing a shield and quality armour to protect them in melee. These strong horsemen can scatter lightly-armed foes and guard the flanks of infantry formations. 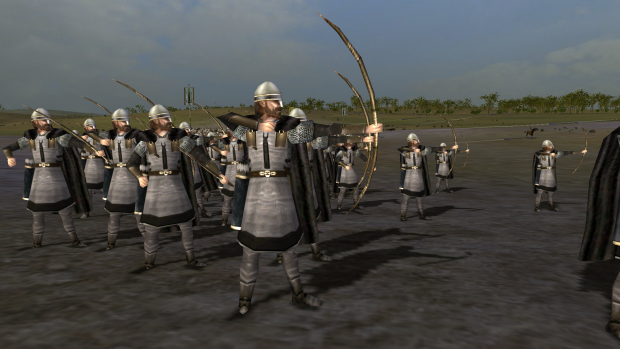 The fortresses at Angrenost and Aglarond were seen to be crucial in the defense of Calenardhon and the lands behind, so in the early days of Gondor’s power a tradition of training troops to man the forts was established here. The Tower Bowmen are well-armed archers, strong enough to pull the powerful longbows wielded by some of Gondor’s most feared soldiers. Their mail armour and iron cap protects them both from the arrows of their foes and from the blows of melee, and they wear a sword which they can wield with some skill if pressed by a foe. But it is as archers that they are so highly valued, striking down enemies at great distance in massed volleys. 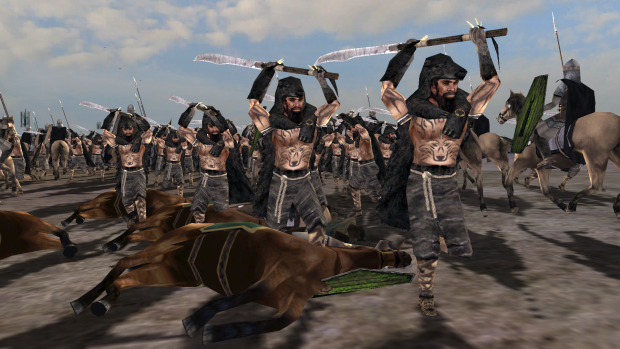 Savage, stealthy hunters of the hills and vales, these warriors go clad in wolf-skins, their bare chests and arms daubed in symbols of power and fear. Rising up suddenly from ambush to throw iron-tipped spears, or loosing a wild howl before charging a terrified foe, the reputation of these hunters is as much a weapon as the brutal long blades they wield in combat. Their skins and war-paint are poor defense against arrow or spear, however, so it is best to unleash these berserk fighters from the flank of a battle line and support them with better-armed troops.