"There is Only Power" first build released for PC, Mac and Web play via Unity webplayer.

"There is Only Power" Released! 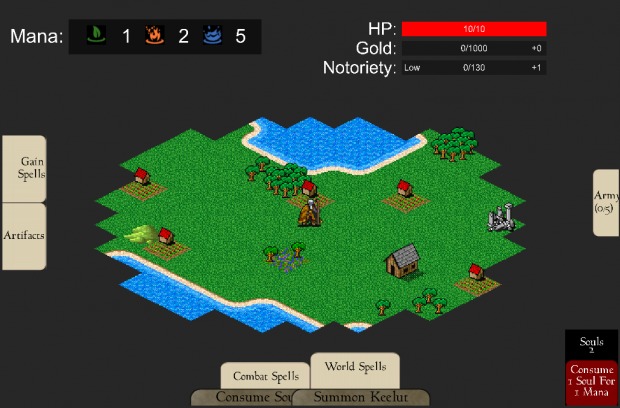 You can play the first public build of the game now. Links are beneath the picture.

The goal of "There is Only Power" was to make a roguelike played on an overworld (rather then in a dungeon) with random narrative sequences strewn throughout. Each game should be under an hour to play, and each should play out significantly differently then all previous games. Finally, the game has a distinctly vile bent to the actions and the narrative.

I believe I've ironed out all the bugs, but there are always some lurking in fresh code so please contact me if you run into any issues. Tell me what you think of the game too! You can email me at porousnapkin@gmail.com.

Really cool game you have in the works. I like the look and feel and there is something nice and weighty about the gameplay I'm seeing. Seems like it could be a pretty deep experience!

Best of luck and keep on keeping on!!!

There is Only Power Roguelike
Related Engines