Late-2017 update for THEOS: A Chronicle of Faith, a singleplayer Christian horror FPS built for the Source Engine [EXPLICIT 18+ Recommended]

Time to smash out another round of media, including more weaponry! The ‘Antithetical-Medical Melee’ is a high-voltage defibrillator, with the electrical output wired to an improvised spear Jonathan hurriedly constructs from a metal pole, insulation tape and two razor-sharp scalpels, thereby inverting the original design of the defibrillator and hence the ‘Antithetical-Medical’ component of the name.

In addition, new mapshots can be viewed from the second chapter Hatred’s Asphyxiation.

Lastly, the new logo has been finalised and applied to all new and previously-released media.

I appreciate your time! Until the next! :) 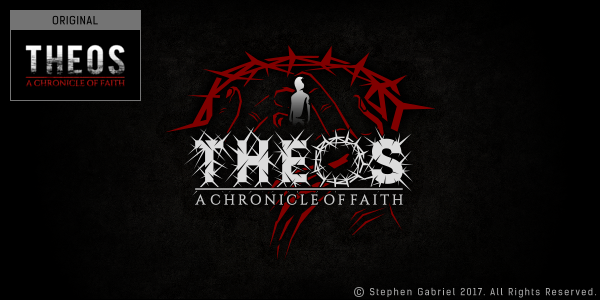 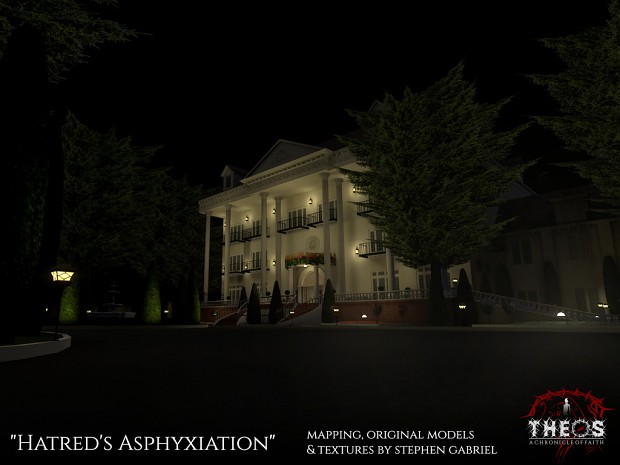 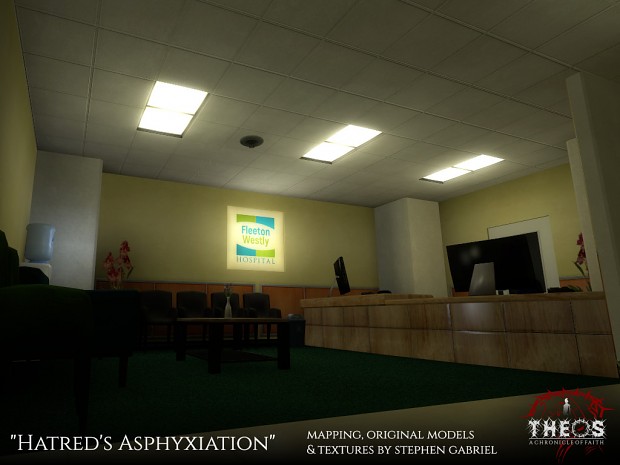 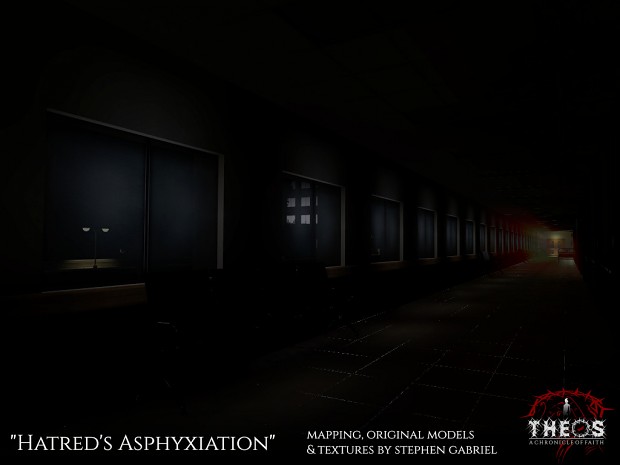 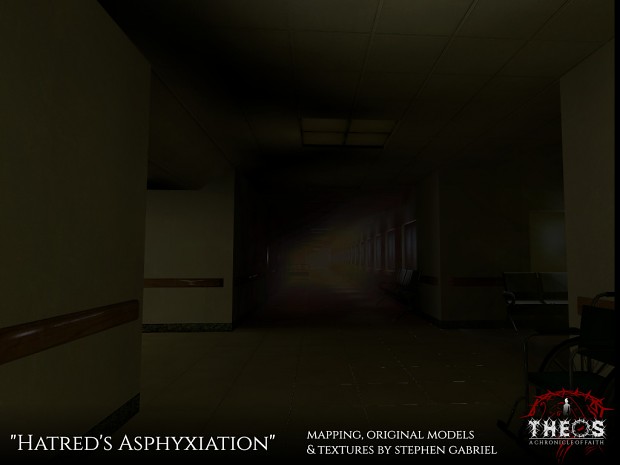 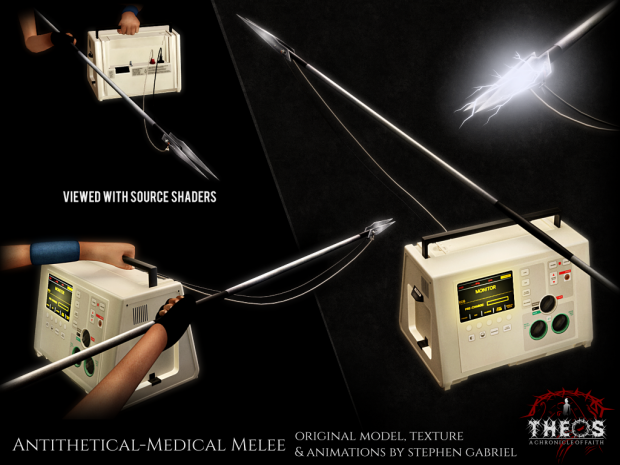 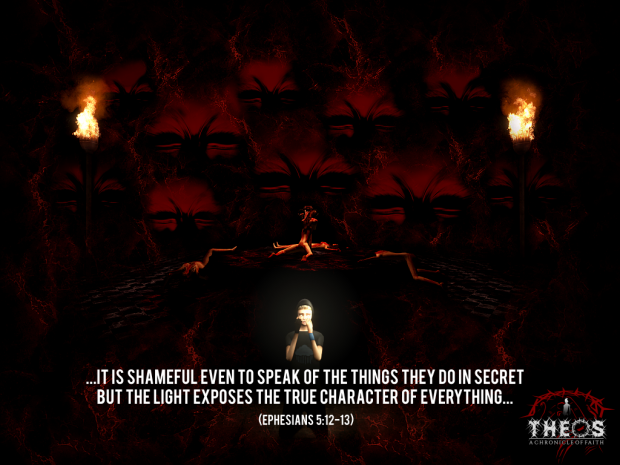 Hmmmm, not sure how christianity and horror could go hand in hand but I'll definitely give it a watch.

Doesn't the bible have things like seas turning into blood and all the first borns of a city being killed by a supernatural entity? It's like the original horror story.

TheRenegadist, I couldn't disagree more. The Bible is one of the most violent and explicit books ever written. I addressed this at the Late-2016 update, which can be viewed here: Moddb.com

As long as it pays reverence to the source material I have no issues whatsoever. Looking forward to the next update!

You do realize that the devil and demons in general are in Christian lore right? There was also a famous horror movie by the name of the exorcist.

I'll give it a chance. Let's see some more.

very original concept for a melee, i like what i see

I have deleted a series of uncivil and emotionally-charged comments that have no value to the discussion. THEOS: A Chronicle of Faith is intended to welcome all players and fans of horror, regardless of worldview. Belligerent and intolerant comments attacking any particular worldview will be deleted without apology.

You know what dude, I hope you really, really ignore any hate from either radical christian or radical atheist sides on this.

This is a unique concept I can genuinely say I have never seen done before, let alone well. Godspeed to you dude, I can't wait to play this.