Just in time for the holidays, Iron Grip: Warlord releases a new map and some extra "fun."

Iron Grip: Warlord - The Winter Offensive is here. This page will show all of our new release information, tell you where to get your free new map and units, as well as let you in on a little secret: the Winter mod we threw in.

The Winter Offensive is out as Iron Grip: Warlord 1.10 and it's ready for consumption. If you have already downloaded the demo and/or own the game, simply download the patch here at ModDB. The auto-installer will patch your version and get you up and playing with the new content in no time.

If you have not already downloaded the demo or you do not own the game or if you fed it to a pack of hungry sharks a few weeks ago, you must download the new demo package here at ModDB. This does not need to patch and is fully functional as both the demo and the game.

Please remember that if you don't own a legit copy of the game, you can't access this free content patch until you do - now has never been a better time to buy your copy, as well. This is just one of many planned content patches, and as you can see, it's only been a month since release! We're dedicated to adding new maps, fixing bugs, and giving you more value for your initial purchase.

You may, as always, buy the game at our webstore. We frequently mail our forum users coupons and discounts, so it's a good idea to sign up for the Isotx HIVE forums as well if you're thinking $24.95 USD is a steep price.

The Winter Offensive officially has a new map, new units, and a new soundtrack. The units are especially awesome - they're Confederates, meaning you get to destroy them in a multitude of ways! Anyway, while we've covered the units and map, Offensive also has a lot more we haven't covered.

Here are the official patch notes for Warlord 1.10 - The Winter Offensive:


As you can see, we've opted to make this an enhancement of the game and provide fixes to many problems.


THE PART WITH THE CHRISTMAS BIT 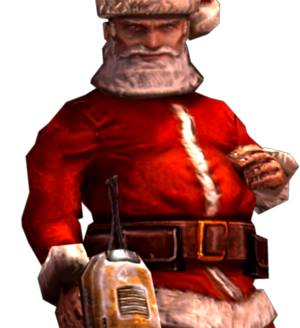 The patch notes above lie a little. They don't tell you that we built a special mod for this release. Let's just say, Atelians celebrate the winter holidays a special way.. and the Confederates, while they're still soldiers, are a little different...

We'll have more information on future patches, some more holiday fun for you in a day or two, and everything! Don't forget the Fragfest for this coming week - again, that's Saturday at noon PST (8PM GMT).

For now, though, we hope to see everyone out there and playing! Let us know our hard work paid off! And enjoy it - we certainly enjoyed bringing it to you. We also we hope you'll find the effort to be worth its price - oh wait, did we mention, it's a free patch?!

So does this game have a lot of players?

This update has really fine tuned the game for the better. I'm loving the changes to the sniper rifle the most. :D

The trailer was epic. The end was epicness in it's purest form. I lol'd.

cool!!
arnt you still going to try to get this on steam

Quick question: the christmas theme is just something during the Christmas season, right?

Cool :)
I mean it's a funny addition to the game, but having them as a permanent thing is a bit scary. I'll let them on, for the winter holiday, then, if they don't turn off automatically (I guess you check for the local date?) I'll go to the options menu.

Nice game you guys made. I hope you'll stick to the IP you've created, it looks that it'll have a nice future.

i haven't seen a Christmas themed for a game this good since serious sam 2nd encounter. :D

Santas comming to town and he brought you a big sack of whoop ***!

downloaded the demo really great production value love the old school look alot :) but the gameplay wasent my thing keep up the good work though :)

GREAT demo guys, im just pathetically bad at managing both, so i lost every time *sadface*...

this game looks like its been bathed in winsauce