One month after the initial relase of The Vacuum I summarise the changes made in the last four updates.

The Vacuum was released 34 days ago and since then I've been pushng out weekly updates to expand the content and add new features.

Get the game here:

Aside from the usual bug fixes, the key updates have been:

Crew Conversation - One of the main features I plan for this game is crew interaction. And by that I don't mean just quest triggers (obvious can't avoid these in adventure games) and stale back-ground waffle - I want the crew to have personalities that you you'll either love to see the back of (when their contract expires) or you'll hate to see leave. And by this I'm getting random crew members to just have idle chats with you about nothing really, but hopefully add a bit of character to the game. So far only 2 personalities are scripted, but the key element here is that the functions etc. all work.

Player XP - The way the player will be rewarded each play-through will be via their XP. XP will accumulate and carry over each play through. The additional XP will translate into additional build points so that you start off with stronger and stronger craft, but also (eventually) it will unlock more and more parts.

Upgrades - Science points - while playing a plot roll will also serve to improve the parts and crew on your craft. The upgrades are currently random, but this will become an either/or choice in the future.

5 new parts added: Phased Array Antenna, Irridium Fuel Cell, 10 kg Mass Accelerator, Antidamage Gell Aplicator and Matter Converter. Some of these parts are alternatives of existing parts (Antennas, Repair, Fuel Cells), but others are more unique. the 10 kg Mass Accelerator is the first big gun in the game. The Matter Converter changes what salvage you gain from collecting inactive probes and other spacecraft. 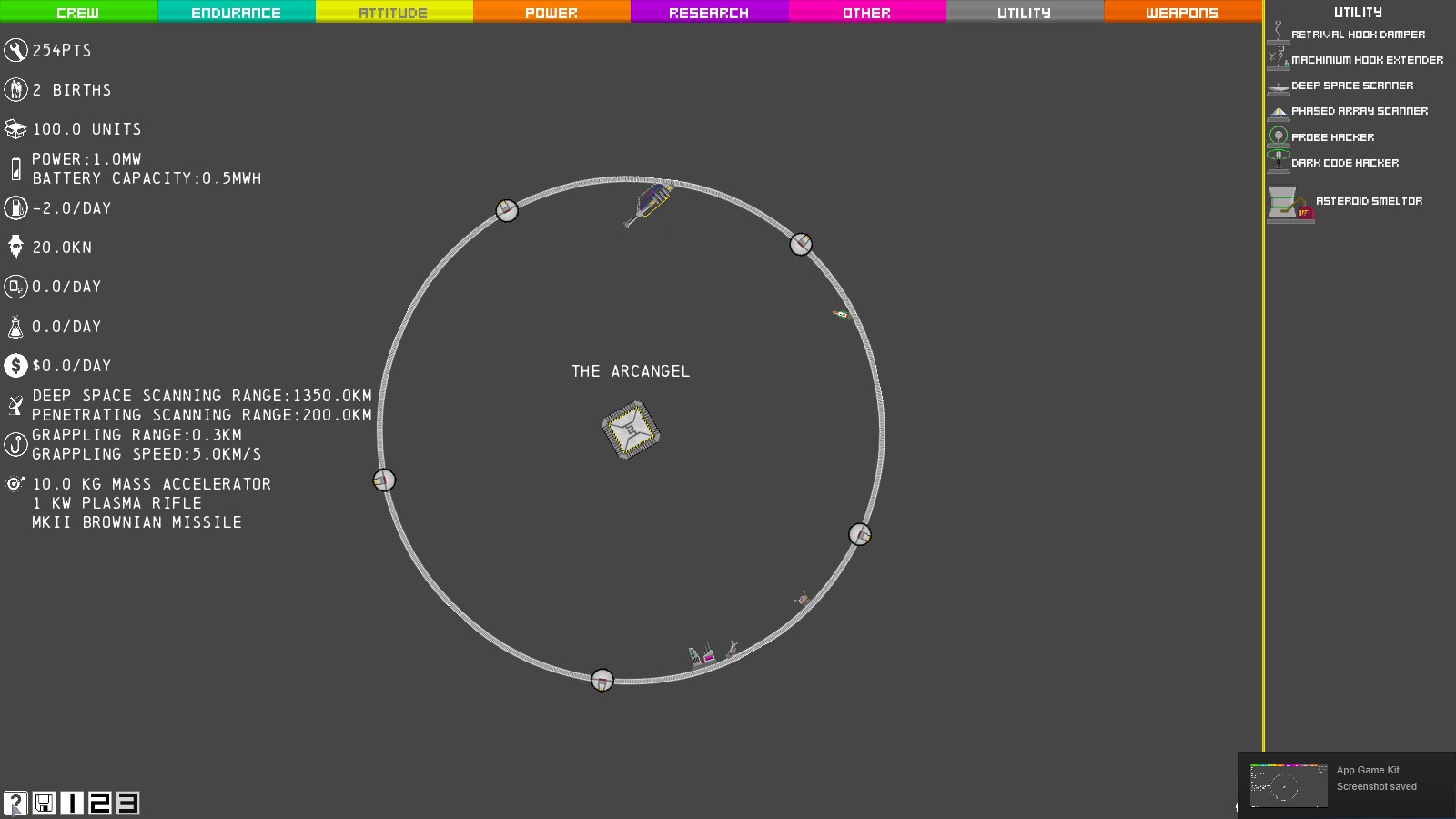 Graphical tweaks: Mainly applied to the weapons. For the lasers, an alpha fade has been applied to the beam to make it more attractive when zooming out. For the rockets, a plume effect has been added for similar reasons. 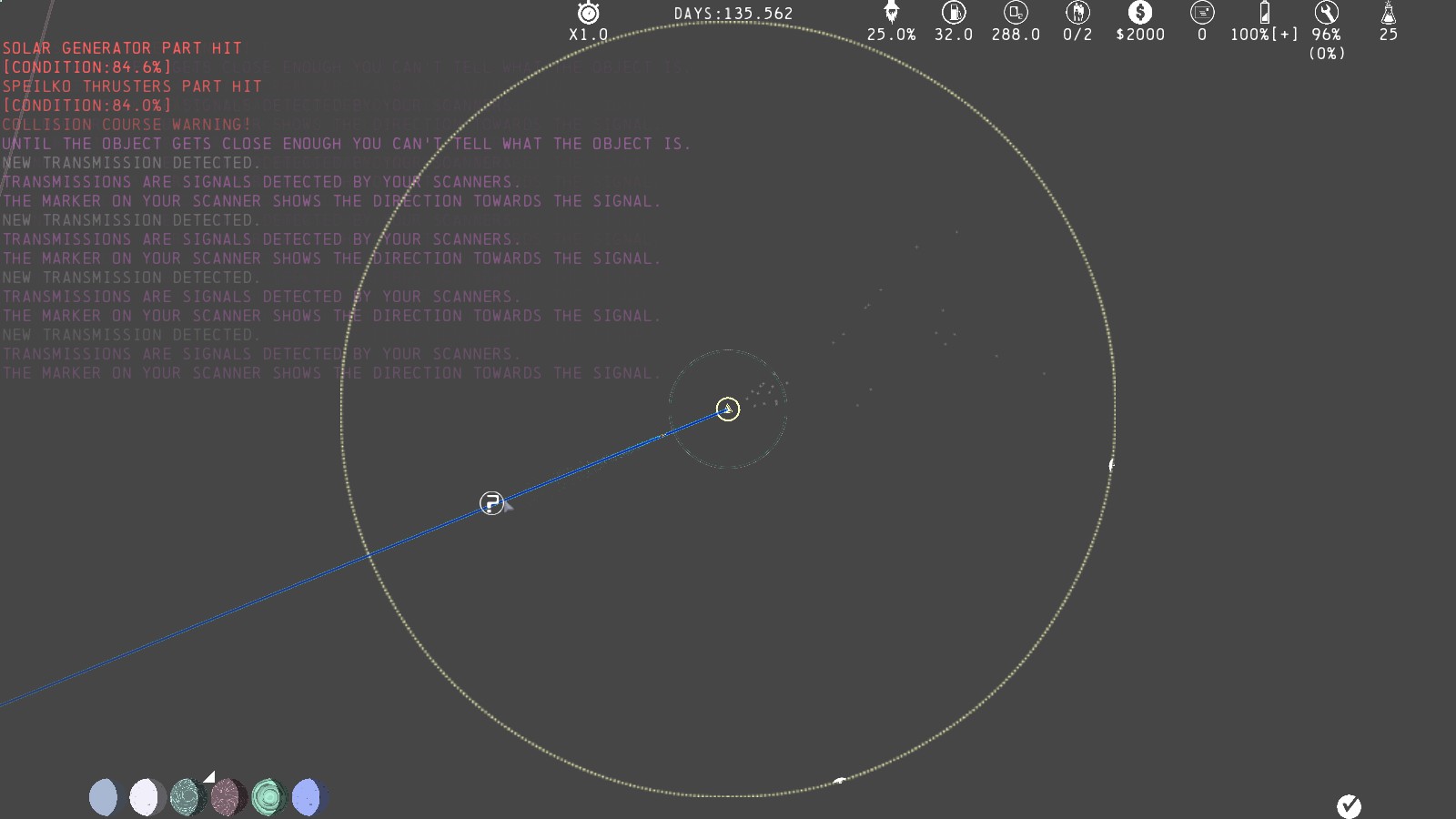 Here's a play-through video of the last update: