After a long hiatus we are back with an updated look, Kickstarter Launch and our first Untold Legacy game trailer.

Its been ages since I have posted but now is a good a time as ever to jump right back into it. First of all I apologize to those of you who had been following the Untold Legacy's development. Development has been steady on and off. I actually had gone through a couple of programmers and each time one left we I would almost was forced to essentially start over. Atleast in terms of code. Not to mention one guy I hired literally stole several thousands of dollars from me and it just about crippled the games development. But luckily I had a strong team with me from the start and they encouraged me to continue forward even when things looked incredibly bleak for the game.

But as you can see we triumphed and are now live on Kickstarter. Please check out the fruits of our labors and see our first trailer for The Untold Legacy. For those of you who are Zelda or Nintendo fans I don't think it will disappoint. Especially if your fond of Majora's Mask (which I absolutely love).

We currently plan to release to Steam but have a stretch goal of 80k for the Nintendo Switch. If you enjoy the trailer check out the kickstarter and see about picking up yourself a copy.
Kickstarter.com

If you back just one dollar you also get a small puzzle game of ours called "The Under" which will be out on steam in 2-4 weeks. 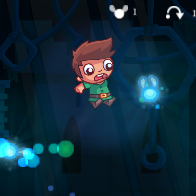 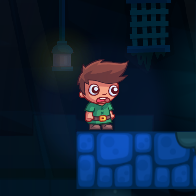 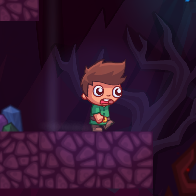 Just a short update today but I intend to make more frequent posts. Let me know what you guys think and I will see you next time!