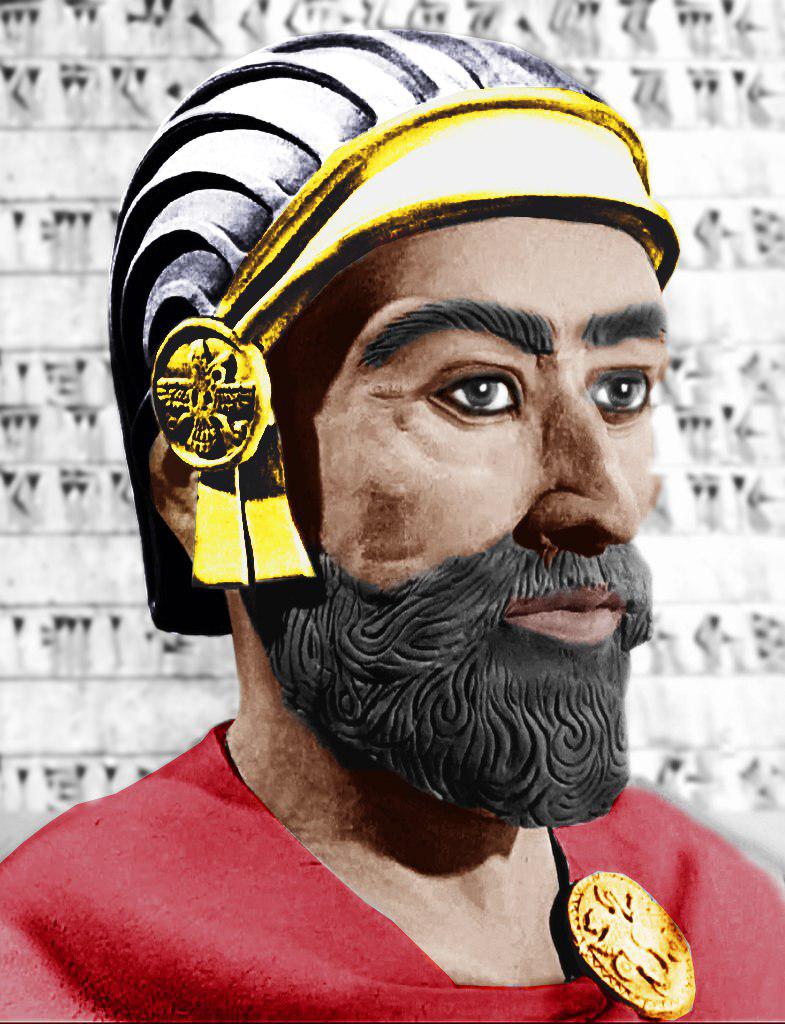 The Persians called Cyrus the father and the Greeks as the Servant and the Legislator. The Jews regarded this king as being anointed by the Lord, while the Babylonians acknowledged him as Marduk.

The name of Cyrus is written in various ancient languages ​​in different ways:

I am Cyrus the king of the world, the king of justice, when I entered Babel without war and struggle, all the people of Babylon welcomed my steps with joy, my great army slowly entered Babylon, and did not let the people of this city and this land enter, I tried for peace, I removed slavery, I ended their misfortunes.
I commanded that all people be free to worship their gods, I rebuilt all the cities that were destroyed, ordered all the sanctuaries to be closed, and returned all the gods of these sanctuaries to their places, all the people who were scattered I was displaced, I returned to my place and built their houses that were destroyed. I made peace for all people and provided peace and tranquility to all people.

Mother Cyrus Mandana, the daughter of Madane Astia k (son of Cyaxares), was the wife of Cambyses, the king of Persia.

Ancient historians such as Herodotus, Xenophon, and Quesas do not agree on how Cyrus is born. Although each story tells her birth story in a particular way, the explanation they give about the advent of Cyrus' birth is more like a legend. Famous historians such as Will Durant and Percy Sykes and Hassan Pirnia have come up with a description of the birth of Cyrus from Herodotus. According to Herodotus, Dehak Ahg was dreaming that his daughter was dying so much water that drowned Hamadan and the country of Mada and all over the land of Asia. Al-Dahak questioned his interpretation of sleep. They said that he would have a son who would overcome material. This led Dehakha to decide not to give her daughter to the elders, because she was afraid that her son-in-law would be a dangerous claimant for her bed and crown. Therefore, Dhakia gave his daughter marriage to the first Cambyses of Shah Anshin, the tributary of the Medes.
Mandana became pregnant after marrying Cambyses, and the king was dreaming this night that she had a tuxedo on her daughter's back, with her horns covering the entire Asia. The Madad king, this time, asked the Muggles to interpret his sleep, and they stated that his dream is that his daughter, Mandana, will be the son who will dominate Asia. Astyag was intimidated over his first dream, and so his daughter was called. His daughter came to Hamadan. Madad's king, on the basis of the dreams he had seen, was frightened by the child of his daughter, and then gave his daughter to one of her relatives, Harpagh, who was also minister and her successor, and ordered her to destroy Cyrus. Harpag brought the child home and shared the story with his wife. In response to his wife's question about the fate of Cyrus, Harpagh replied that he would not commit such a crime because the child's first child was pleasant to him. Second, since the Shah has no children, his daughter may be his successor; then it turns out that the mistress will not tolerate the death of her child. So he gave Cyrus one of the shepherds of the Shah, Mehrdad (Mithradat), and asked him to leave him at the behest of the Shah to leave a mountain in the forest in order to prey on Dodan.
Mithri Dats (Mehrdad) took her child to Ghahistan (south of Khorasan) and grew there. When she reached a stage of her life she had to go to school, she was in school. Cyrus in Qhistan not only learned to read and write, but also Learn livestock and recognize field plants. One day, Mithri Dats realized that Cyrus had a soft hair, and that the age of his son had reached the age of fifteen, and would reveal the secret of his birth, he took him to the fire temple of Qhustan, and said: "O you, Kourosh, you have surely sure that the boy If you are not, then I'm like you love my son
Cyrus said: If I am not your son, then who am I?
My father said: "Your father is one of the princes of Pars and Mother, but I will not tell you the name of your father and friend unless you swear an oath of no retaliation."
Cyrus, who was surprised by the man's words, asked why he might take revenge. Mitay Ray Dates said that on the occasion that when you were born, someone ordered your murder and that he should execute that command from your murder Refused to give you to me and I brought you to Ghahrestan and grew up here, and if you reveal the secret of his birth that he should murder you, he will not be killed, and you will be killed. 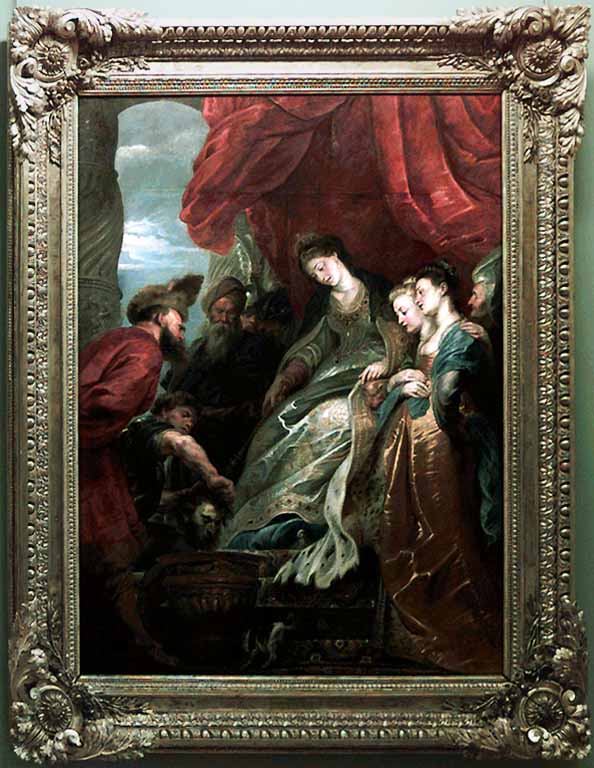 In the end of his life, Cyrus was relieved in eastern parts of the country during the conquests that he had been in the west, and had been targeted by the invasion of the eastern neighbors, who fought for six years in the east. Many historians have counted the cause of the death of Cyrus in his war on a massacre tribe (or in the words of the Scythians). Ebrahim Bastani Parizi, in the preface to the translation of the book, "Zolgharenin or Cyrus the Great", describes what goes on after the death of Cyrus after the death: The fate of the body of Cyrus in the land of the Sikhs is another subject. Due to the Cambyses invasion of Egypt and his assassination on Egypt, the situation in the capital was disturbed so that Darius would fight and fight the insurgency and calm all the important cities of Babylonia, Hamadan and Pars and the northern and western provinces of Egypt. . An effective narrative is that after twenty years from the death of Cyrus, according to Darius, the corpses of Cyrus were thus transmitted to Pars: six hours before the arrival of the corpse in the city of Persepolis (Takht-e Jamshid), Darius was drove to the outside of the city The corpses welcomed the corpse and brought the corpse. The neo-natives, in front of the corpses of the corpse, were playing tragic songs, behind them were pilans and camels of the IRGC, and then three thousand unarmed soldiers, among them the elderly commanders who participated in the Cyrus wars. Behind them was the royal royal castle of Cyrus, which had four valleys, and eight white seals with a crater of gold. The corpse was on this sidewalk. Bodyguards and bodyguards were moving around the body. They sing special songs of the sun and Mars, and they stopped and burned up one step at a time. The golden coffin was in the middle of the wheel. The royal crown shone on the coffin, a cloth was placed on top of the wings of the women - this was a special sign and the motto of the Cyrus War. After that, the sepulcher was on a rally and wore a special boxer on Cyrus. After that, the objects and furniture of Zarin and Nafis and the supplies that were special to Cyrus, a vine of gold and a number of golden utensils and garments, were moving. As they reached the city, Darius stopped and forced the Mosaic people to stop, A sad face, calm down over the wheel, kissed the coffin; all the present were silent, and the breaths were imprisoned. Under the command of Darius, they opened the gates of the Palace of Shahi (Persepolis) and took the corpses to a certain palace. Up to three nights, the people were honored with the respect of Cyrus the same, and they were crowned with flowers and the priests were singing religious songs. The third day, when the golden sun rays on the towers of the Achaemenid palace, with the same ordinances, carried the corpse to Pasargad - A city of particular interest to Cyrus. Many rural people and Persian tribes had come to mourn through the roads and had flowers and flares. Along the Cyrus River, the meadows were Mosafa and Khorram. Among the shrubs of the green trees, they built a four-storey building, the walls of which were rocks. When Cyrus's body was brought to the ground, elderly elders and courageous youth mourned their mourning. It was blocked in the crypt, but still had eyes stitched to it, and nobody came up with excessive grief to be seen there. By the insistence of Dariush, Mashayeen, all returned after the religious ceremony, and only a few priests left the religious ceremony.


Xenophon also wrote that the death of Cyrus the Great was in Pars.

However, the death of Cyrus also has a complex and mysterious story and is still in the dark. 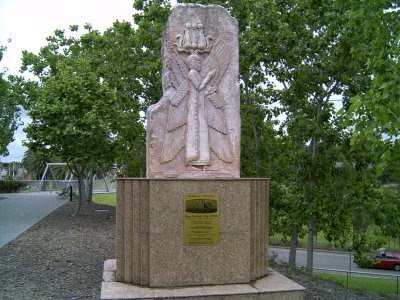 4-meter Cyrus Statue at the Sydney Olympic Park since 1944

NOTE: TRANSLATED BY GOOGLE TRANSLATOR, MAY SUFFER SOME MISTAKES! 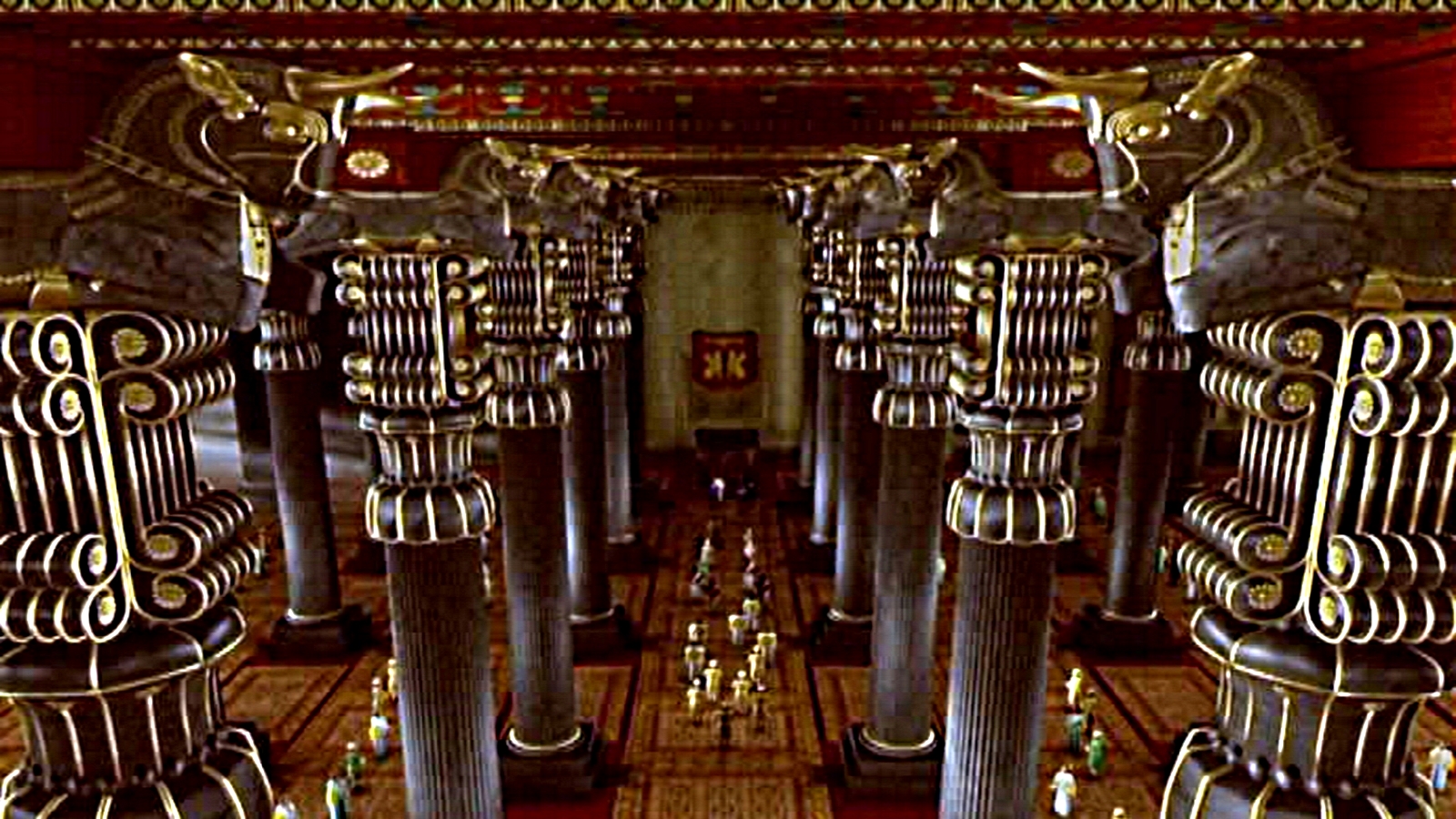