Today is really important news. As you can see we changed game name from Ancient Rome to Centuia. We have also bad news...

Welcome in our next update of Centuria. Today is really important news. As you can see we changed game name from Ancient Rome to Centuia (Ancient Rome name is in use).
Today we have renders of Roman Legionary kit and the Celtic sword! We have also bad news.
Our team really need new people. Currently we have 2 guys in the team.

Some of the items carried by legionary are shown here. 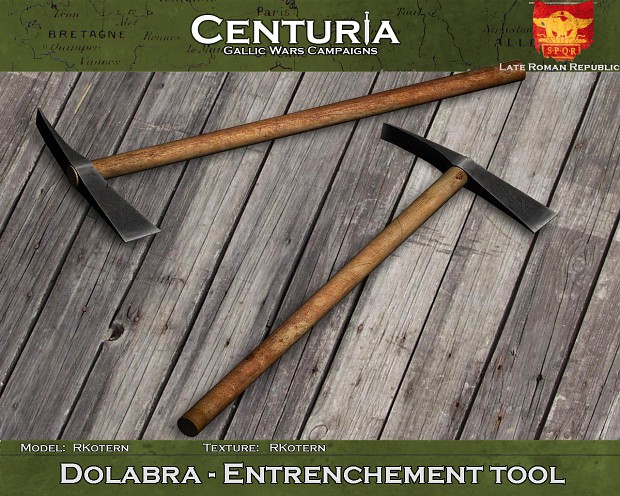 Dolabra was standard issue equipment of the Roman legions. This tool was used for entrenching and camp building, as well as an emergency weapon, at least when ambushed while performing these activities. In reality, many soldiers would have used this tool much more than their weapons. 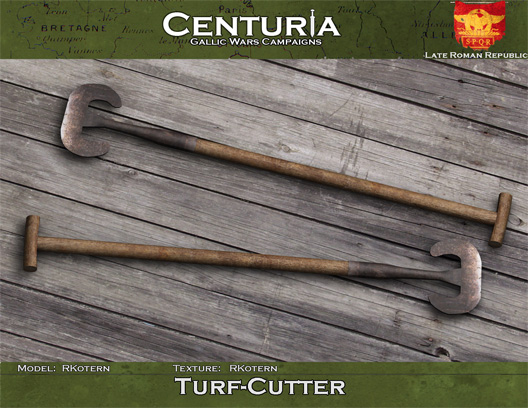 The Roman turf cutter was a piece of standard issue equipment of the Roman legions. This tool was used primarily in the building of the defensive trench encircling the fortified camp that would be construced each night at the end of the days march. Will be availability to use this tool as a weapon. 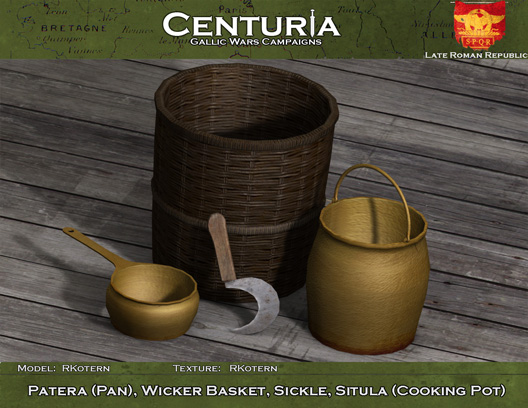 Items carried as part of the camping equipment of each legionary. A bronze mess tin (Patera), water bucket/kettle (Situla), a sickle for cutting grain and forage and a wicker basket for earth moving.

Pila Muralia (for fortifying the camp) 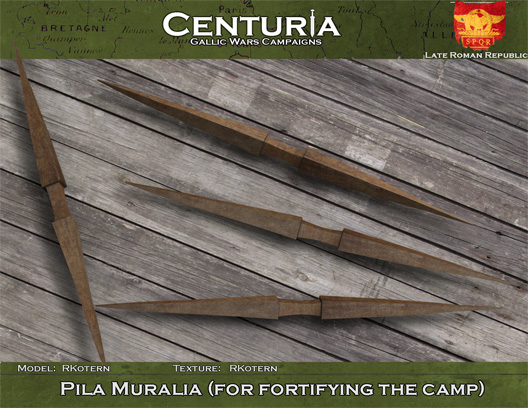 Pila Muralia was a double-pointed wooden stake carried by Roman soldiers for use in fortifying the ramparts of temporary camps. 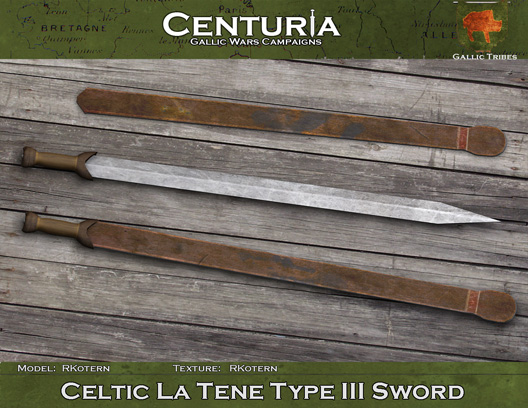 From about 125 BC to 100 AD. The sword remains large and parallel-edged for much of its length, where there is a point, it is a short one. Emphasis is on the cut, and blades are either longer, broader, or both in respect to the preceding period. (80-90 +cm blade length and often 4.5 or more cm broad). So we have here really long sword.

That is it for this month guys, stay tuned for updates in the near future.

wow, they are nice

Great, hope you find new members for your team...

We have that poster in my latin class.

Yeah it is popular on the internet.
I changed it a little bit, because it is great for promo poster ;)
Thanks guys for comments!