The Rhodoks faction in the game, who they are and what their colony is at the start of the game. They start neutral to the other factions but hostile to all four Olikans.

The Rhodoks were always a beautiful and rich, prosperous faction. They were amongst the first to consider continents outside Calradia. One such continent, in their mythology, was called Braeseal. They did not find it, but when they landed on Olinka they believed they had: the colony of Braeseal started there. It's now expanded to quite a large size, eating up the east coast of Olinka, and bordering the Vaegirs. It contains two main cities: Alta, Nueva Jelhalla and the quite big mountain village of Soleda.
(See Map)

They favour pikes and crossbows, and use Mediterannean style armour/tactics. Pictured is a foot soldier keeping watch in a tower. 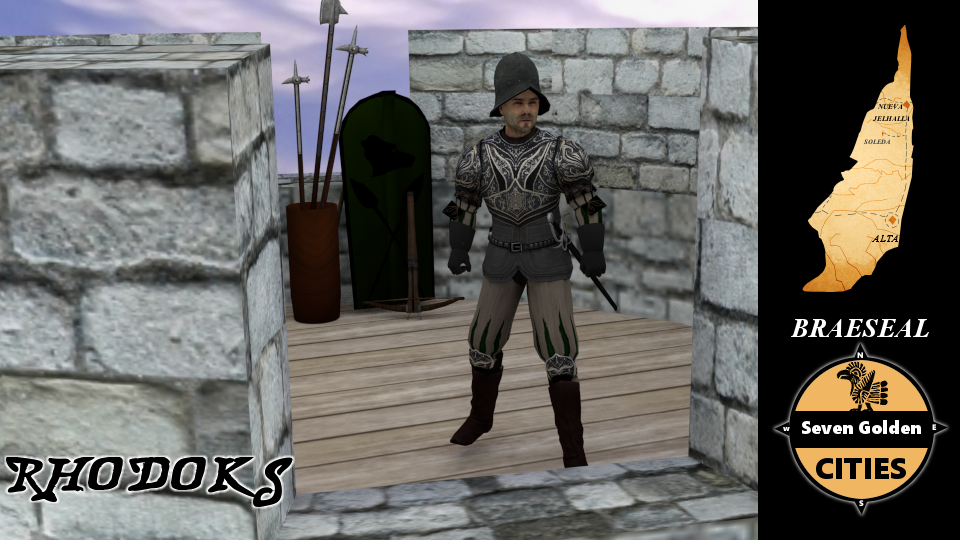