Today we introduce to you the status of the 6 Player Classes. Some one you may know why there is only 6 being introduced in this news article, but for those of you who dont, the 7th class in still in Developement, therefore will be posted on the image section later.

Description: The classic grunt. Although they can put up quite a fight, these guys are vulnerable to several attacks, more especially from Demolishers and Thermophiles. Its only a matter of time before they are blown into bits or molten plastic. There agility however is there only advantage. unlike other classes, the Soldier can escape attacks and acquire objective-based objects faster. 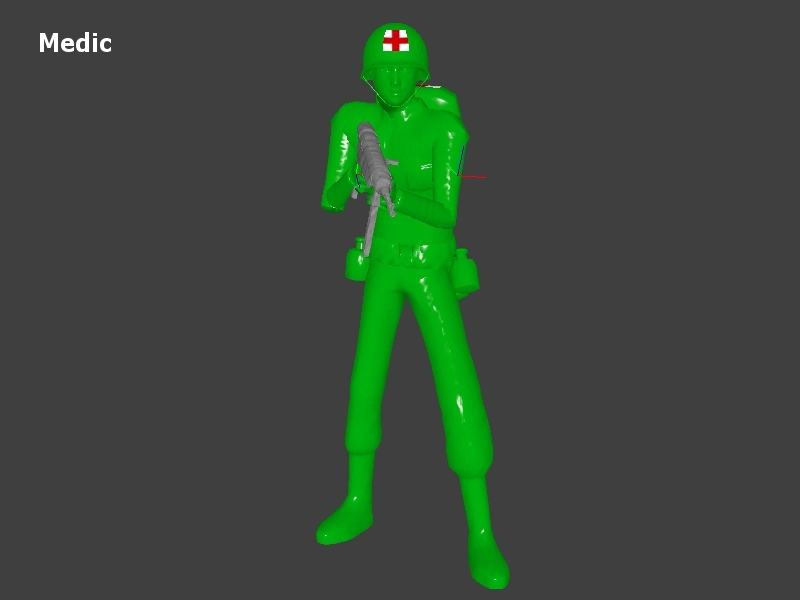 Description: The living remedies of the game. These Medics may not be well trained for combat, but once they spy a fallen ally, they will patch them up as soon as possible. They also become of great use in the Infection Game-type. 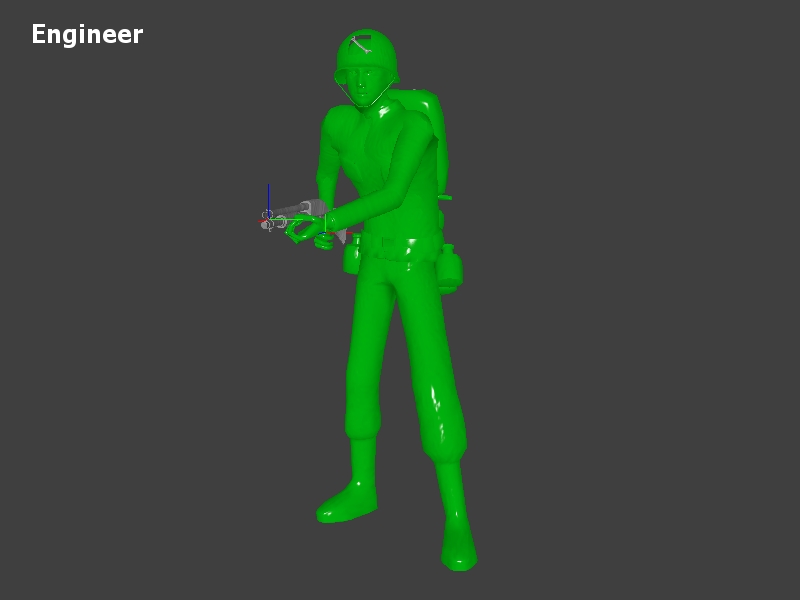 Description: Whenever there's something that needs repairs (or traps), this is the class for the job.
The Engineer can repair destroyed vehicles, set traps (such as landmines), and are a major key point to sucess in the Siege and Escort Gametypes. 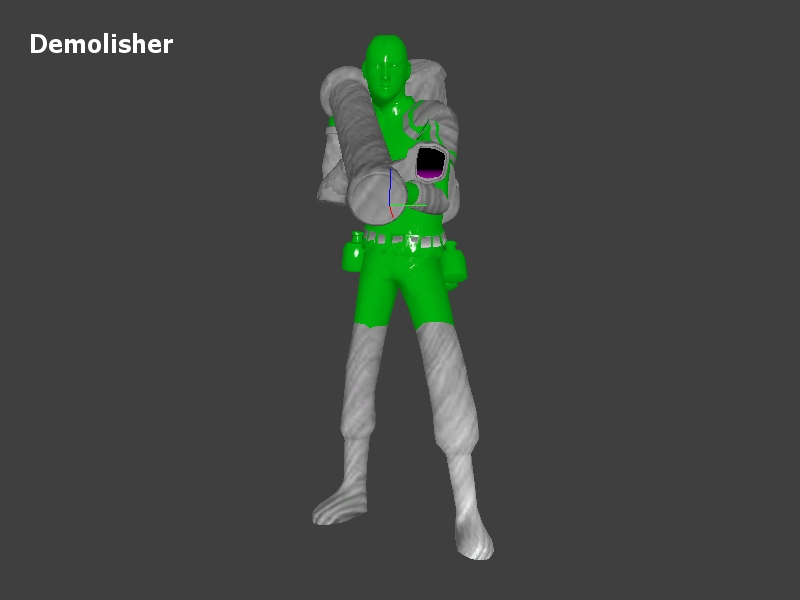 Description: The heavy artillery of destruction all-in-one pack. The Demolisher is a soldiers worst nightmare. One blast from there rocket launcher will either send you flying, or vaporize you into the void space. They are very useful in the Siege Gametype. 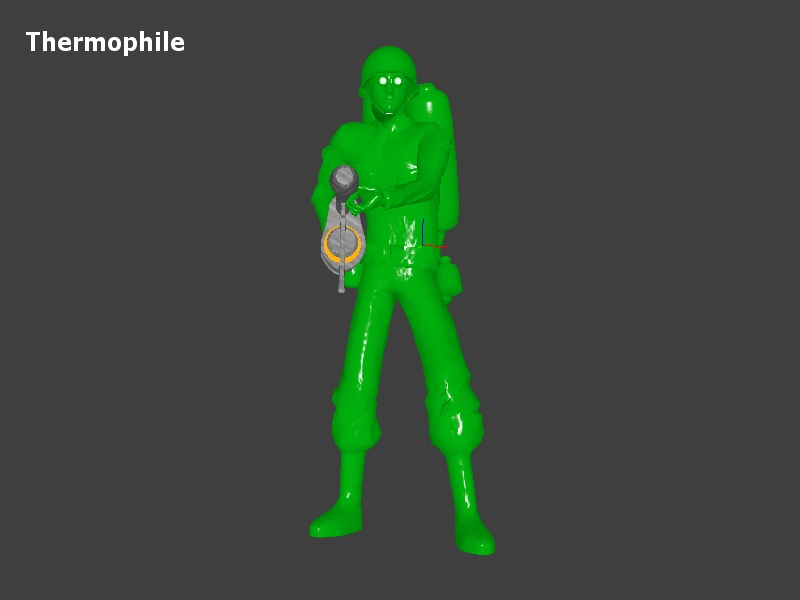 Description: After seeing that Demolishers were not bad enough, these devils of incarnation called Thermophiles come to burn the living daylights out of you. Despite of there passion and obsession
with turning there enemies into bubbling plastic, they are very useful in the Infection Gametype.

Description: Time to put some led into those Tan bastards with the Lieutenant Class. These guys are well disciplined and highly-trained professionals in the field of combat when it comes to slaughtering your enemies. Use these guys wisely as only a certain amount of players can use this class. They are considered quite useful in the Siege and Escort Gametypes.

NOTE: Deathmatch is not included on the list seeing that it is very common in the Source Engine

Capture the Flag(CTF): Each team must capture the flag of their opposing team and return it to your base.

Siege: Each team must invade and destroy their opposing team's fortress. However you must defend your fortress as destruction of certain buildings may limit your resources (i.e. defenses are disabled)

Escort: Depending on the map One team must escort their vehicle to the destination point within the given amount of time. The opposing team must destroy the escorted vehicle and deley the escorting team off until the time runs out. If the vehicle is destroyed, don't panic, you can simply repair the vehicle and continue on with your objective (Engineer Required).

Infection: Similar to the classic zombie game-type (except the zombies are made out of plastic parts of course). One team is the green (or tan) survivors. The opposing team are the infected. The Survivors must survive until the time runs out to win the game. The Infected must devour all of the survivors in order to win the game.

That concludes the article.
keep a close eye on the news articles of this mod (and the Commando Class).