A mod, a patch and an addon come together to shape this rather meaty release. Enjoy.

Ah well, still more time has passed (not helping the matters is UEFA EURO 2020, which makes it hard to find time and clarity of thought during the group phase) and we've got a lot to talk about. Let's go.

First of all, I need to mention that the download for Second Encounter was screwed up for several days, because I accidentally put the wrong gamedict file in there. This has since been fixed, and the game's patched again anyway, so please download MacenWolf again and replace your copy.

Now for the patch itself. MacenWolf 1.12A is here and this is the first time the patch is differentiated between Second Encounter and Third Encounter versions; the inclusion of the gamedict file necessitates that. So, uh, make sure you download and patch the right version.

get the Second Encounter patch here

get the Third Encounter patch here

What are the changes? As you might have already gleaned from previous paragraphs, I have fixed and slightly updated the Second Encounter gamedict file. I also convinced Nex to reassign two sound effects, so the backpack now plays the ammo pickup sound and dog food barks when consumed. And last but not least, notice how this release is numbered 1.12A? Well, A stands for Aryan, the current maintainer of Wolf4SDL, who broke under blackmail and created an LZSS decompression tool, significantly simplifying the process of extracting graphics out of mods. Now he's getting an updated mention in the readme credits and a big shout-out here. Nex and Aryan are the heroes this community needs and deserves. Thank you!

And there's another thing: I've had some complaints about some of the music tracks sounding wrong. Well, I put too much effort into this stuff back in April 2020 to simply discard it, but Astrocreep was kind enough to let me use tracks from his Wolf music pack, so I'm uploading those here, properly renamed and supplemented with original credits. Feel free to replace the current game soundtrack with those if you're an audiophile or some other type of space alien. Get it here:

Now we can finally move to our port, another mod by Jon Wigand of Wizbang Software. This one's called The Oświęcim Operation and features 18 maps for the Third Encounter, along with plenty of new graphics and a new voice clip. The storyline seems innocuous enough: you locate and infiltrate an, uh, camp found in a part of Poland incorporated into the Third Reich afer 1939, hoping to rescue the prisoners and generally cripple the Nazi presence in the area. But as you'll eventually find out, not everything is as it seems to be and there are vile, otherworldly forces at work. Fight your way through a set of diverse, brutal maps with many tricks and traps in one of the most notable Mac mods, one that used to be a commercial release worth $10. 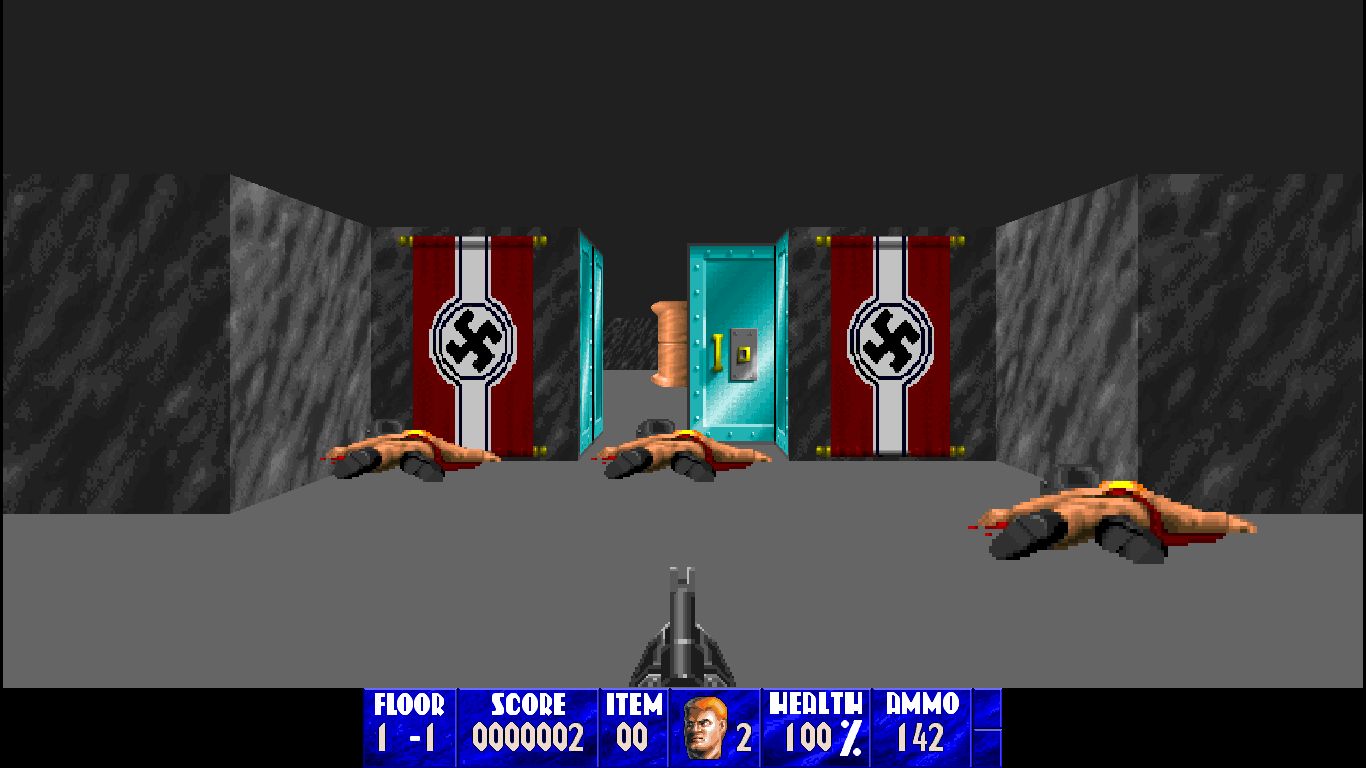 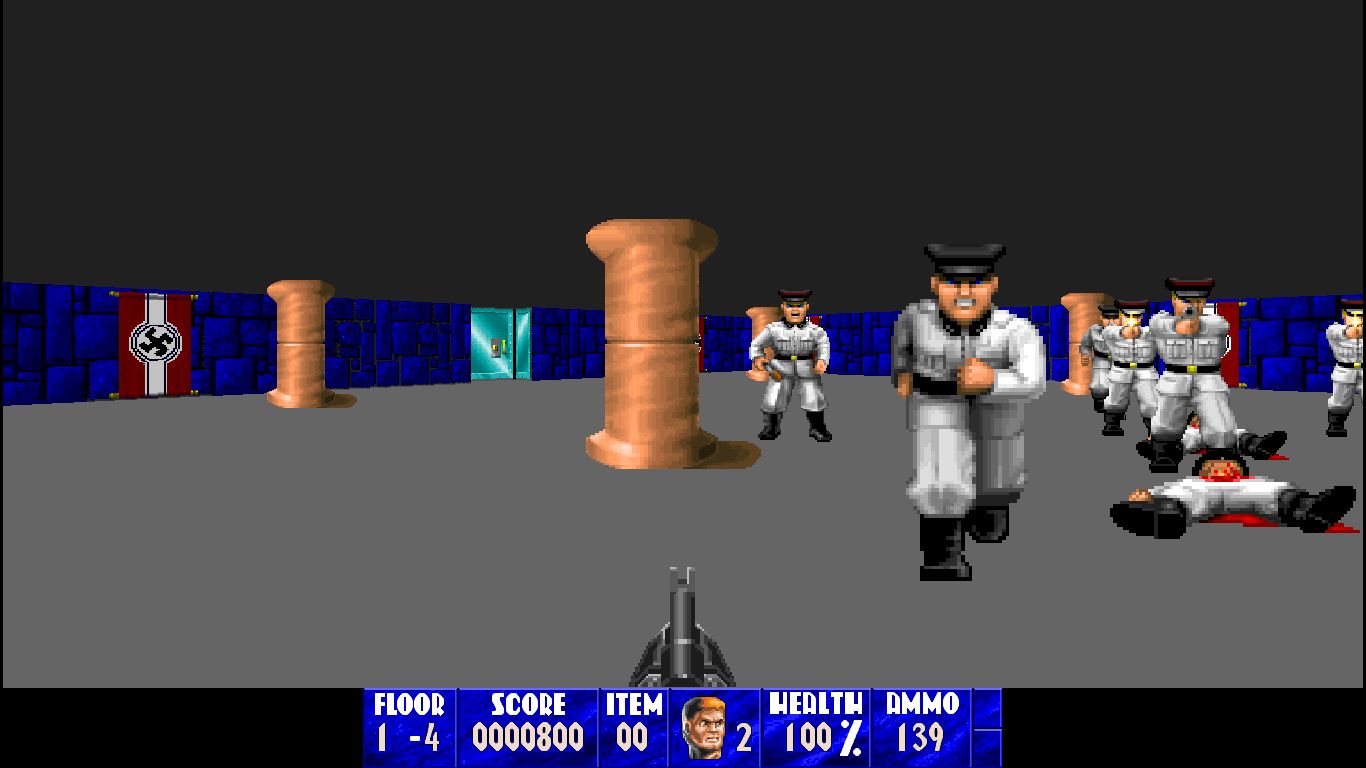 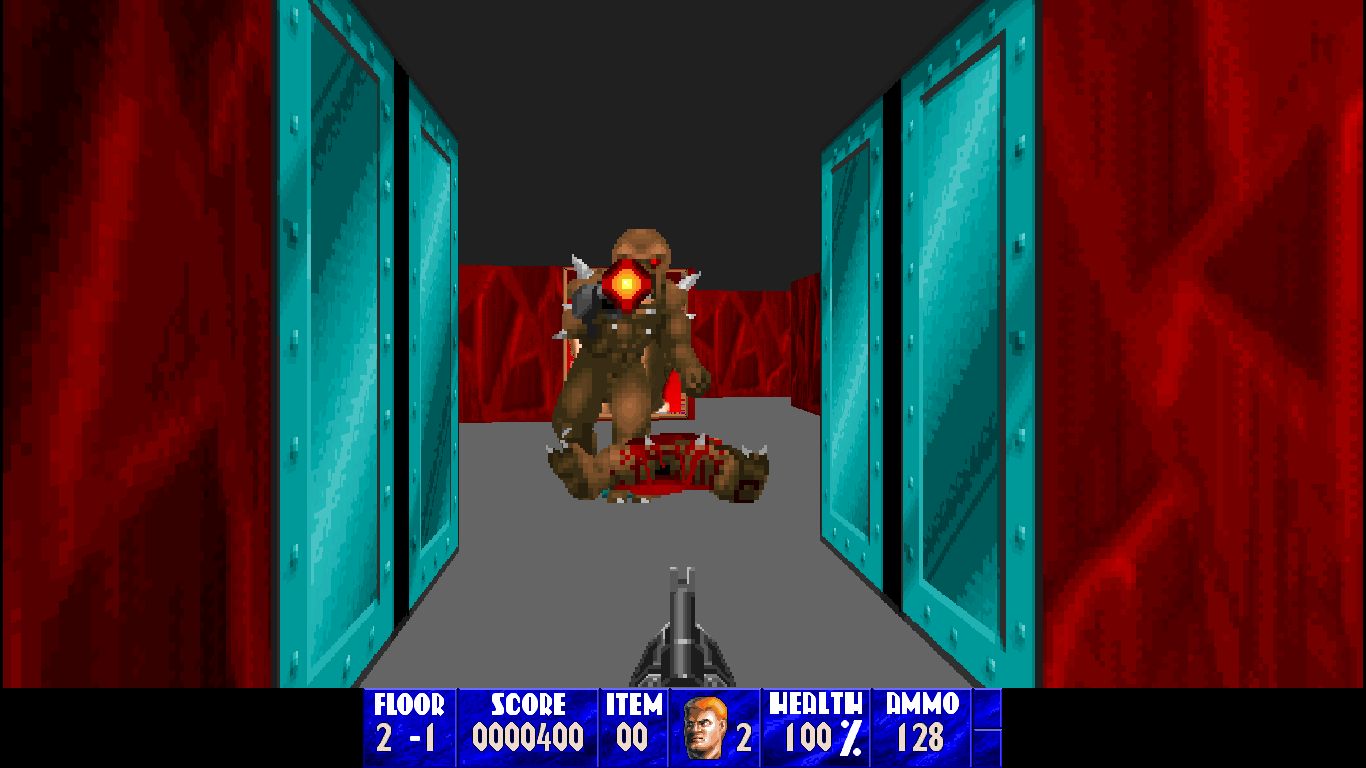 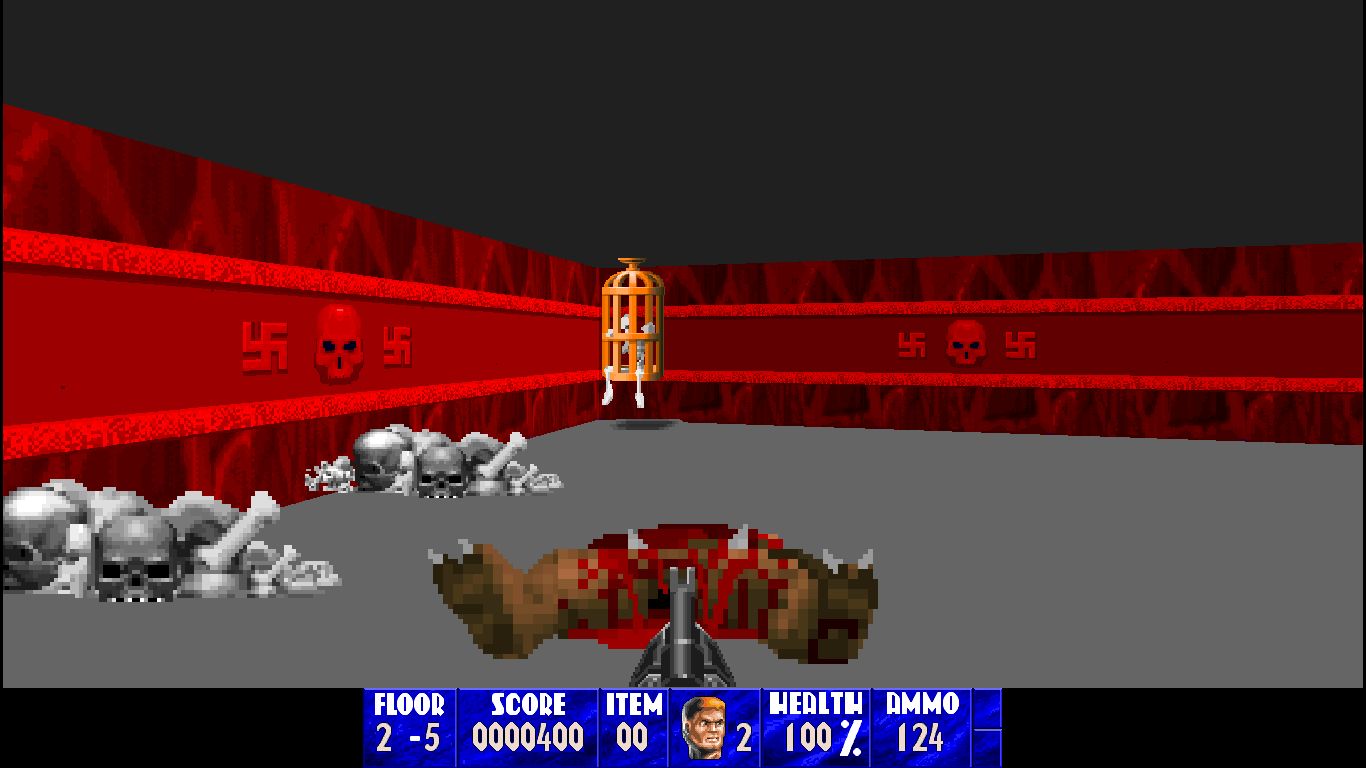 (by the way, this is actually the first ported mod to make use of the S.U.C.K. kit features... specifically the capability to use custom darktables, as Jon Wigand was clever enough to modify the right part of the vanilla darktable instead of manually shading every wall)