The 'Nam : Vietnam Combat Operations is a nonprofit real-time strategy game released by videogame programmer Tiger Yan in 2020 to promote interest and enhance education about the Vietnam War.

The intro of The ‘Nam: Vietnam Combat Operations, a newly-released RTS about the Vietnam War. 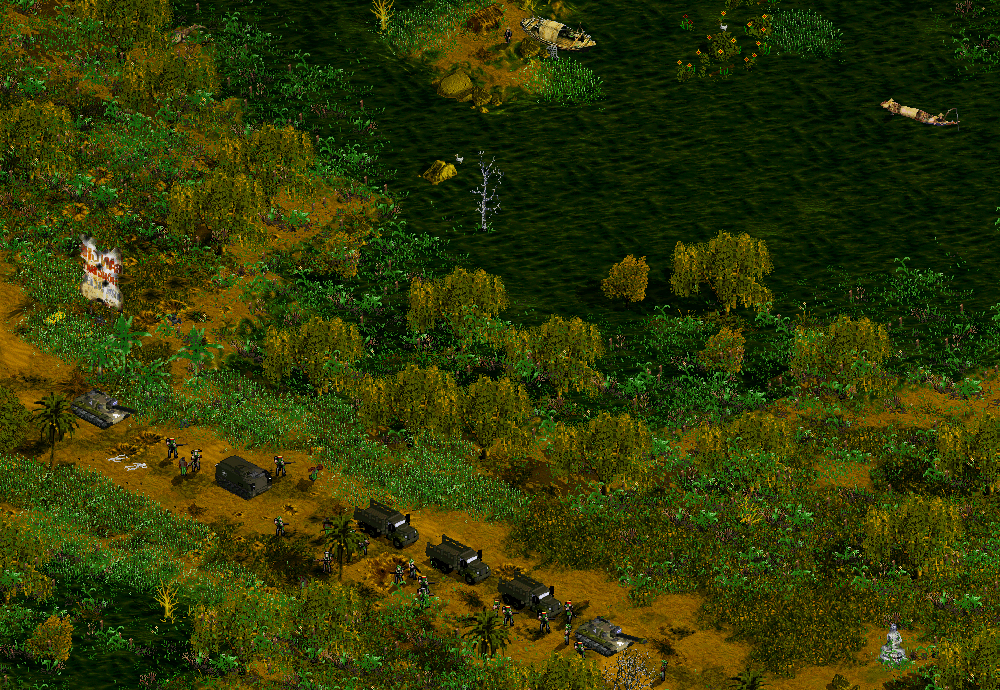 A US Marine convoy rumbles through a dirt road in the Que Son Valley, I Corps, South Vietnam. (VCO)

There’s a bright side to being stuck at home. The global lockdowns spurred by the COVID-19 pandemic have given many people the rare opportunity to finish their personal projects.

For a game developer with zero programming experience in the Philippines, it was a videogame about the Vietnam War which took almost 20 years to complete.

“I was always interested in history and the Vietnam War in particular,” says game developer Tiger Yan. “I started creating The 'Nam: Vietnam Combat Operations way back in 2003 but work and life were more important, so the project was mothballed for 17 years. Like everyone else, the COVID-19 outbreak forced me to stay home most of 2020. I saw this as the perfect opportunity to learn basic programming and finally finish what I started.”

According to the game’s Facebook page, players can command US Marines, Vietcong and North Vietnamese Army troops, plus the Army of the Republic of Vietnam (ARVN). The Vietnam War ended in 1975 when the North Vietnamese and Vietcong unified Vietnam under communist rule. Though it can be downloaded online for free, Yan urges gamers to make a donation to APOPO, a nonprofit organization working to clear deadly landmines in Cambodia.

“In reality, the Vietnam War wrought great misery for the people of Vietnam, Laos and Cambodia. If this game can spur at least one good donation, then it would have been worth it,” adds Yan.

Though COVID-19 has paralyzed the world, people can look at the silver lining. The lockdowns have finally given many people a resource which for years has been in short supply – time. (Story originally published by Games Press)

Here's a scenario called Blood Trails. Learn more by checking out The 'Nam, only on MOD DB!

This looks well done, but what annoys me with Vietnam War games and movies is that they tend to frame the US Marines and the ARVN as the good guys when in reality they were very much the villains and their defeat was well-earned.

It is also annoying that CCR's "Fortunate Son" is still being used so unironically, as the song is explicitly against the Vietnam War and its lyrics actively call out warmongering American politicians on their willingness to send their constituents - but not their own sons - to die in a conflict that the United States had no moral reason to get involved in whatsoever.

Talking to many Vietnamese veterans, what seems to matter is that they won the war. They tend not to dwell on the details because the casualties they suffered were appalling.

In the end, I think the old adage rings true: war is young men dying and old men talking.

Regardless of their side, whether US, ARVN, PAVN, NLF, Pathet Lao and even the brainwashed Khmer Rouge, I think the great majority of soldiers who fought the many iterations of the Vietnam War tried their best to honorably serve their causes - something represented fairly in the game. Thanks for sharing your thoughts!