The new finished imperial units from all over the West of Alagaësia. 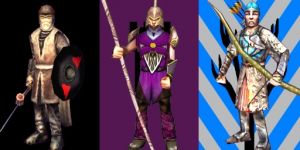 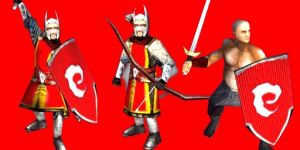 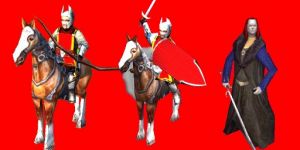 
The Laughing Dead are the Mini-Heroes of the Empire. The magical user of the Empire is the Black-Hand Sorcerer. He uses spirits to power its magical abilities. He can also allow the spirits to pocess him which gives him different and more powerful powers as well as a strong melee attack.

I've read these books and this mod seems to have promise. I do recommend though that you darken and washout the color scheme of thes units. This book takes place in a fantastic medievalish age, and the Empire is lead by a tyrant. A grayer color scheme will help create a mor somber, wartorn feel

Plus something more innovative and less dark and blackish can be enjoyable, too. :-)

I agree with Ouranos and in the books it says tah the uniforms are red with a silver insiginea, and the Varden use brown fur or leather.