This week, let's go over the maps of Unvanquished.

Unvanquished, much like Tremulous before it, will be shipping with its own set of default maps once it reaches beta. As you may recall, the maps of Tremulous were ATCS, Nexus 6, Niveus, Karith, Transit, and Tremor. By now, the layouts of each map are likely burned into the minds of countless Tremulous players that have experienced them over the years. After all, who could forget the window room of Niveus, the long hallway of ATCS, or the system of ladders on the exterior area of Karith? Yet, the maps have had their day, and while we're giving them a short boost of longevity during our alpha period, we will no longer be distributing the original Tremulous maps after we've hit beta. Instead, we will be providing a pack of our own maps.

As I've outlined in an earlier article, fulfilling our quota of 5-6 maps is one condition for reaching beta. However, at our current pace of mapping, we will very likely exceed this count. By beta, we may very likely have at least eight maps, to a maximum of perhaps twelve. So, for this week's article, let's go over the maps that we currently have, and where they're going. 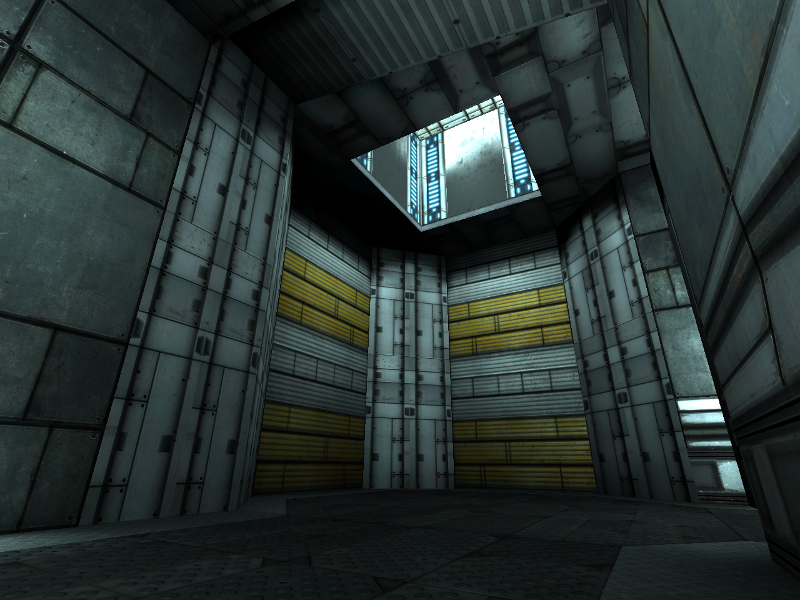 Near the human base

Designed by: Emperorjack
Where is it currently? In a sense, Plat 23 is our ATCS replacement, although it can perhaps be seen as its spiritual successor. There are two bases connected by an outside area, along with a lengthy hallway on one side of the map. However, unlike ATCS, Plat 23 provides larger building areas for the default bases of both teams, and additional side rooms to add some complexity to things.
What's next? At the moment, the layout of the map is mostly complete, and normal mapping has been applied to it. In the future, you can expect to see a redone skybox, texture realignments in some of the corridors, and an improved outside area. However, prior to future adjustments, Jack is currently redoing the map from scratch, so that he can do easier brush work on it. 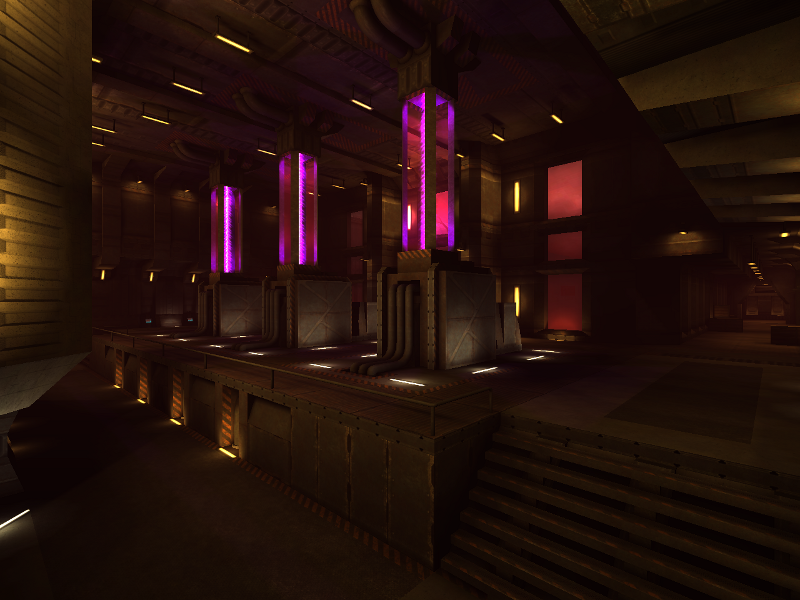 Designed by: EmperorJack
Where is it currently? By far, Thunder is the largest map we presently have. It boasts an extensive outside area, many corridors and vent systems, and an abundance of rooms that ensure there's plenty to explore during your first few games on it. Jack spent his entire summer working on it, and the effort shows.
What's next? Future work on the map would involve streamlining the layout, and perhaps texture tweaks where needed. 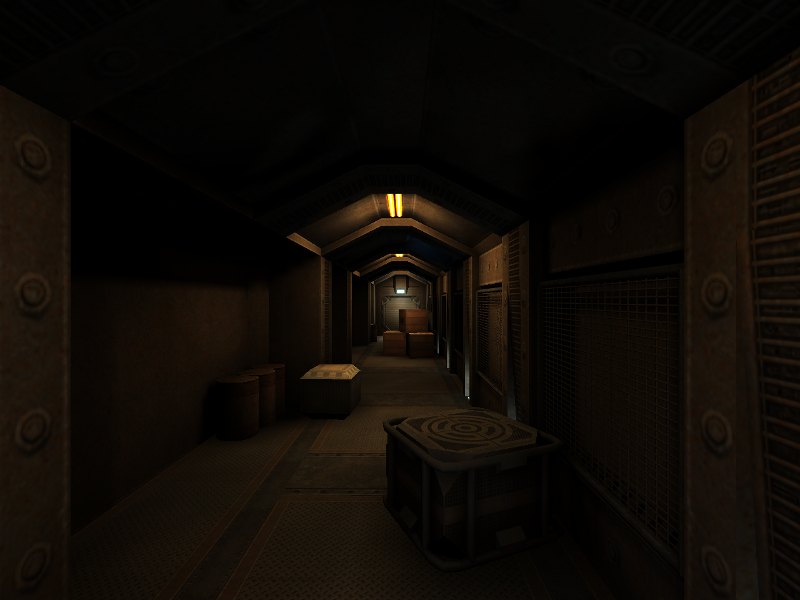 Looking down a corridor

Designed by: Viech
Where is it currently? Parpax is a fairly large map, complete with an elevator connecting the two floors, shadowy staircases, and ventilation systems. The layout has been altered over successive beta releases of the map, but at the moment, it has mostly stabilized as Viech prepares for the final beta version.
What's next? While originally released for both Tremulous and Unvanquished, it will be seeing its final Tremulous release soon. Afterwards, the map will be upgraded to fully take advantage of Unvanquished's engine features, including fancy texture work. 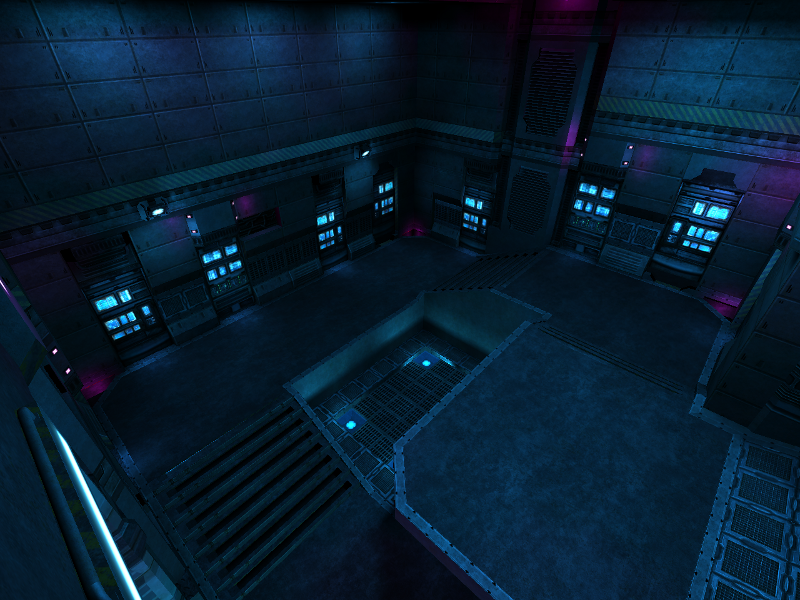 Designed by: Pevel
Where is it currently? In contrast to our other maps, which provide glimpses into the outside world, Yocto is set in an isolated, gloomy underwater base. There's something quite eerie about the abandoned areas of the map, some of which have half-opened airlocks, hinting towards attempts at escape. Arrays of computers silently carry out their unknown tasks, mysteriously kept powered by whatever provides energy to the rest of the base.
What's next? The layout of the map is mostly finished, along with the texture work. With little else to add, Pevel will go on to another map, perhaps revisiting his old Perseus map for Unvanquished. 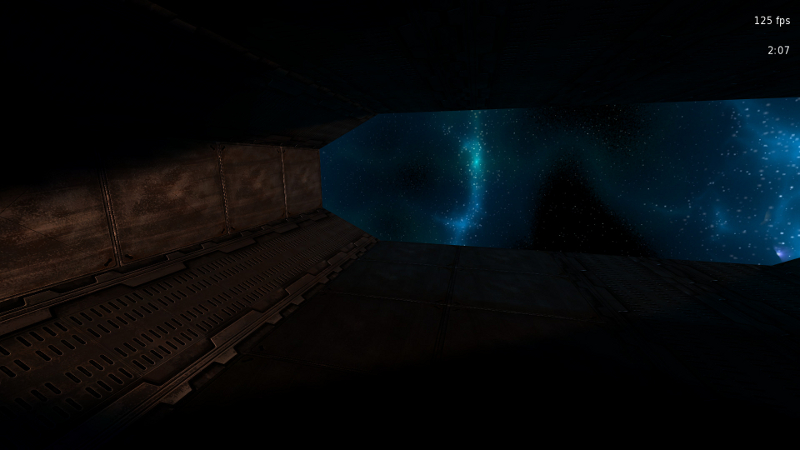 Some of the texture work so far

Designed by: yalt
Where is it currently? Still in the layout stages, and texture work is being done.
What's next? Stay tuned for more news! 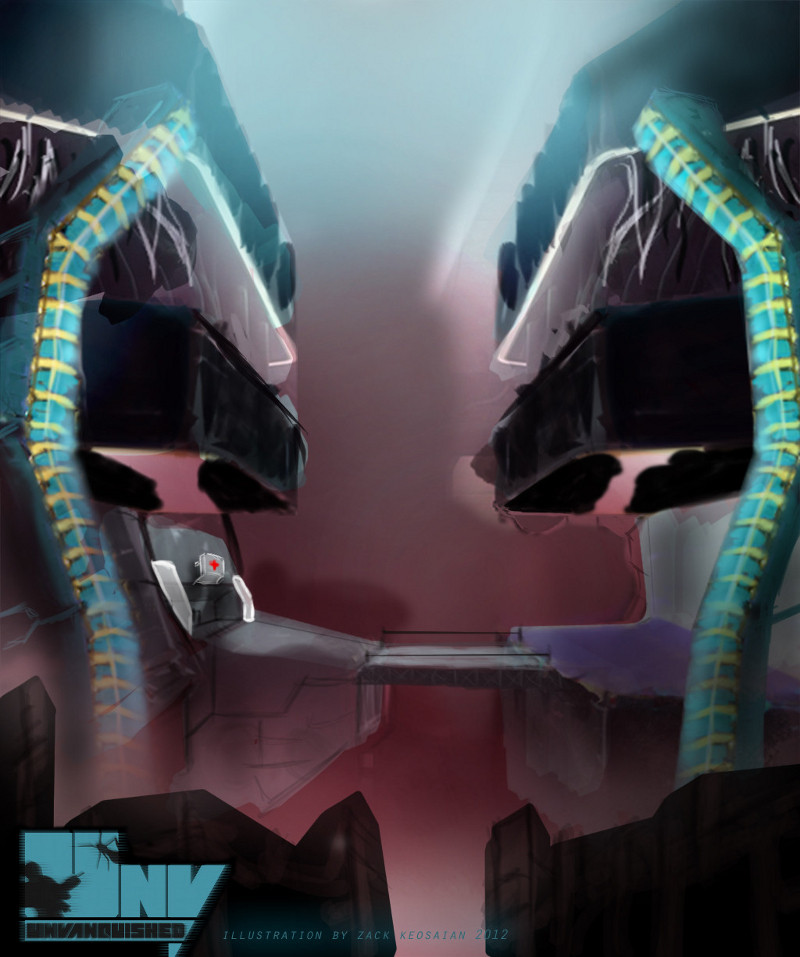 Concept sketch of the map

Designed by: residentzack
Where is it currently? Still in the concept stages. At the moment, we have an idea of a sort of medical facility set in a futuristic city. Expect stunning cityscapes and steep vertical drops!
What's next? Much like with yalt's map, stay tuned for more news!

Wow, the lighting is awesome! When the models are all done (e.g. new weapon models), it's gonna look epic. :D

From a visual standpoint, I think animations are the most important thing to focus on though atm.