A brief introduction to the squad members. The four main characters that will be at your command in the game. Each has one special ability and different skills that make them unique and are the key of the story.

Let me introduce the four members of the squad! This is a little explanation of each character. 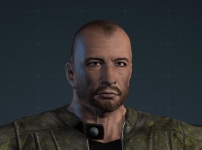 The more experienced member of the team. An Australian tough guy. He has earned the respect of each man under his command. He has a balanced combination of Strength, accuracy and stealth. He is the best using asault rifles. He has the ability of planting traps and explosives to ambush the enemy. 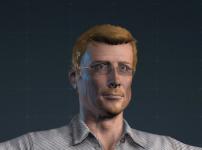 Thousands of soldiers still alive because of him, even those who wanted to die. Born in Germany, is one of the best medics on the battlefield. He has a good accuracy and stealth levels. Is good with knives and pistols, but he can use any weapon with good results. The special ability to heal will make him a must have in every mission. 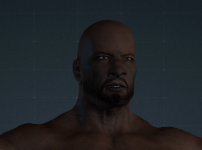 Leo is the key to open everything. He master the brute force with elegance. He can use all heavy weapons available. Machine guns, rocket launchers.... if it weigh too much he can handle that. The special ability to shoot very long bursts can be usefull when the things get too hot. 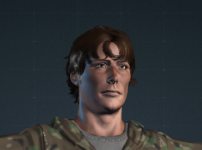 Paul is the young blood of the team. He has the highest rates in long range shooting. He is the best with sniper rifles. A very high accuracy and stealth levels give him the ability of kill silently and even take valuable objectives as prisoners.

Well. This guys are the best of the best. And will be at your command to free a whole country.

Hi!
And no until now! but i can solve that quickly! I could change Paul, the sniper for "Kat" the beautiful and lethal girl of the team. As a sniper too.

It would be very nice with some representation. =) A lethal sniper sounds awesome!

Ok! i'll work on it. ;) But i think she could be a rebel that joins the team! I think it could be better for the story that way!