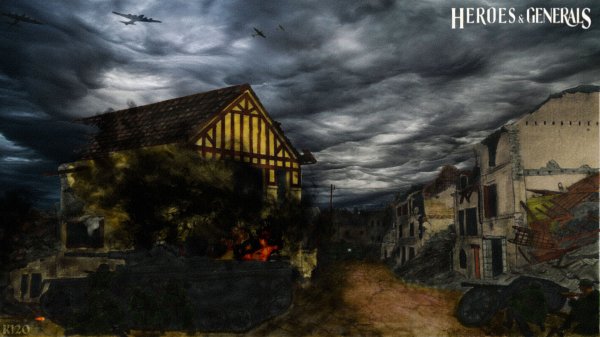 So many wars have come and gone since I started playing. Some were memorable, others were not.

I’ve seen wars of 15 minutes, when the generals gameplay saw first daylight. Then we saw wars of 3-4 days, when the paratroopers received some fixes. After about 60 wars, the War-number was reset, because Bradley build was born! That however, was not too good for the generals gameplay, the wars lasting 12-24 hours came back, right until Crace build.

Since Crace build, I’ve seen a lot of good wars, some lasting a week, some even a bit more. We’re still not even close to 4-6 week wars. Mostly the unit speed is way too fast. But as it is right now, things are running well. Hardly any units get stuck, supply units reach their units 99/100 times and the war is big and messy. Even though some things need to be balanced out, and there is a lot yet to be added. The war progress is beautiful to see and many players start to feel a connection with their side.

Talking about these wars, a war just finished in a way I had never expected. On day one, swiftly both sides rushed forward to form a frontline in the middle of the battlefield. While the infantry, tanks and other units started pushing, the war already seemed decided in just a few hours. The axis forces pushed hard on the allied lines, with their might paratroopers cutting off allied supply’s. They were getting squashed and it kept going like that right until day six.

At day six, the Allied forces were pushed back to 3 city’s around London. Everything seemed lost when I logged off in the evening, until… I logged on the next morning. The Allies had pushed so hard, we had taken the entire western France back in a matter of 12 hours. The Axis managed to regroup, reformed their lines, but they could not get back into attacking. The Allies kept pushing and pushing, taking city after city. And while the Allied morale grew stronger, the Axis came to a breaking point. It didn’t take long before we pushed into Germany, and we managed to get as close to Berlin, as the Axis were to London only a few days earlier. It was a spectacular change in the war, never before had I seen one of either sides pushing back the way we did.

My respect goes to both sides, for fighting as hard and as good as we all did. I hope this is one of many wars I will remember and carry as either a medal… or a scar.

Oh Donder, you continue to be everyone's hero, I really miss ya pal!