Exploring the improvements and updates of the past year for Empire Rising. (There are many.)

Like a black smith working hard to beat out the impurities of the perfect sword, we have been working hard to refine Empire Rising. There have been so many improvements, both visually and playability wise that I’m not going to go through them one by one.

The overall appearance has been given some polish. The game is broken up into the world view that shows a 2D map of the counties and the combat view, which is a 3D real time strategic view of your armies fighting. Improvements were made to both. 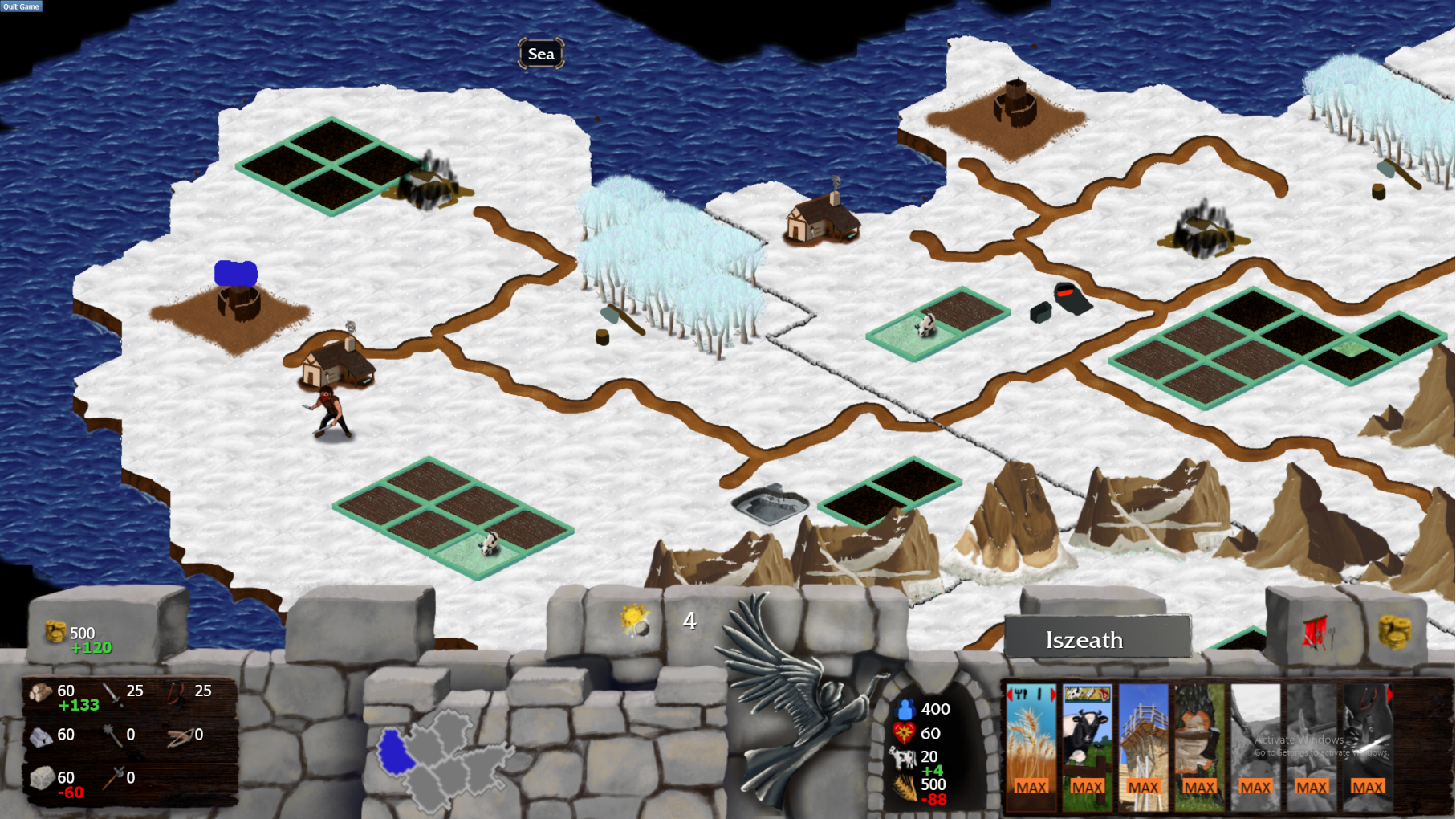 Most of the terrain in the world view was redone. Most notably the grass, the cows and the blacksmith. We wanted to pay attention to the aesthetics of the different seasons and used the different grass and trees to do so. Redoing the trees made us realise our transparency wasn’t working like we wanted so we fixed that too. There are still a few things that need to be replaced but we are quite pleased with how everything is starting to look. 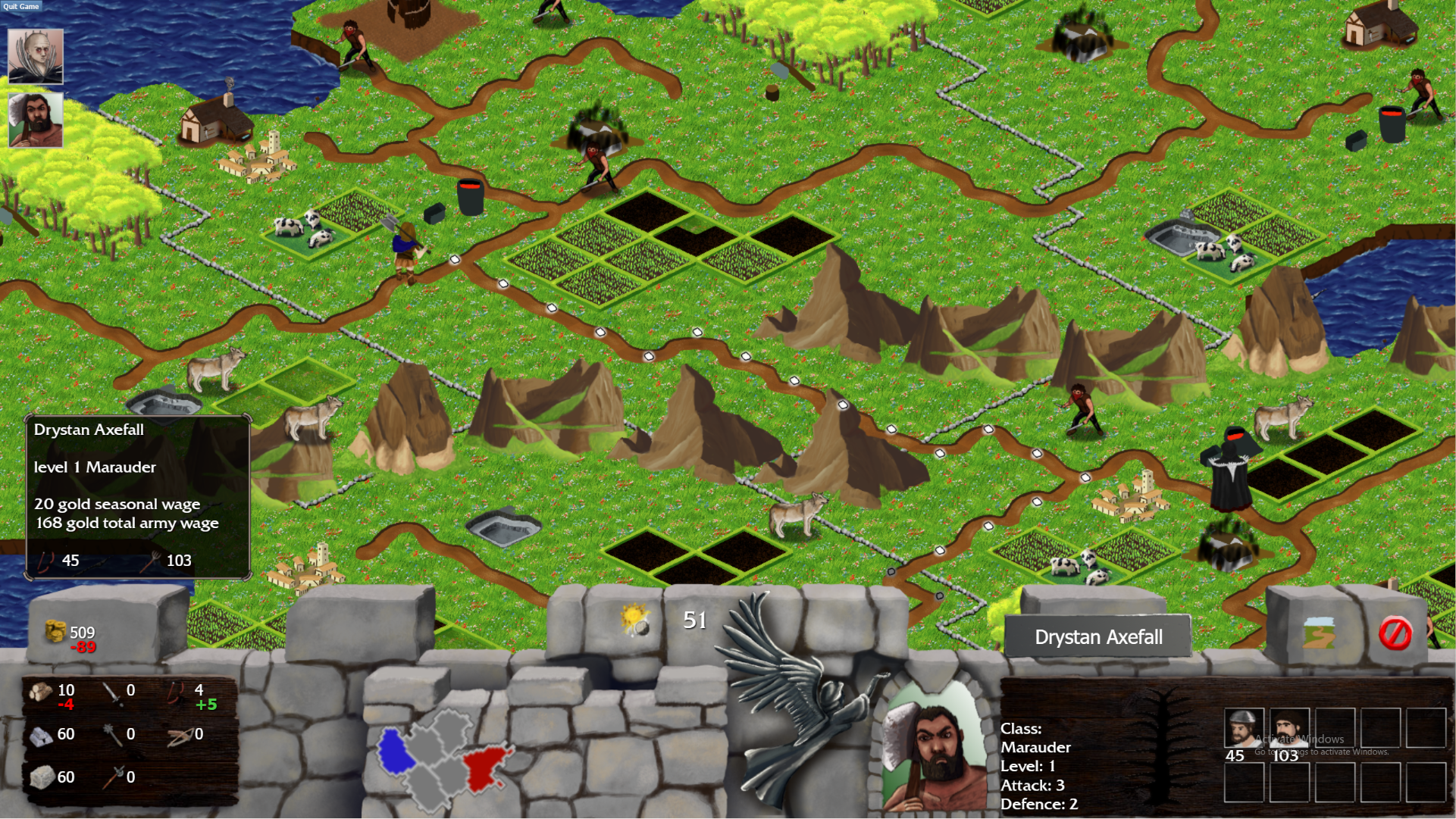 On the 3D battle front we have found some better models to use. And found a way to reuse some skeletons and animations. They are working much better than the models I created originally (I am no 3D artist) and think it really adds to the battles. 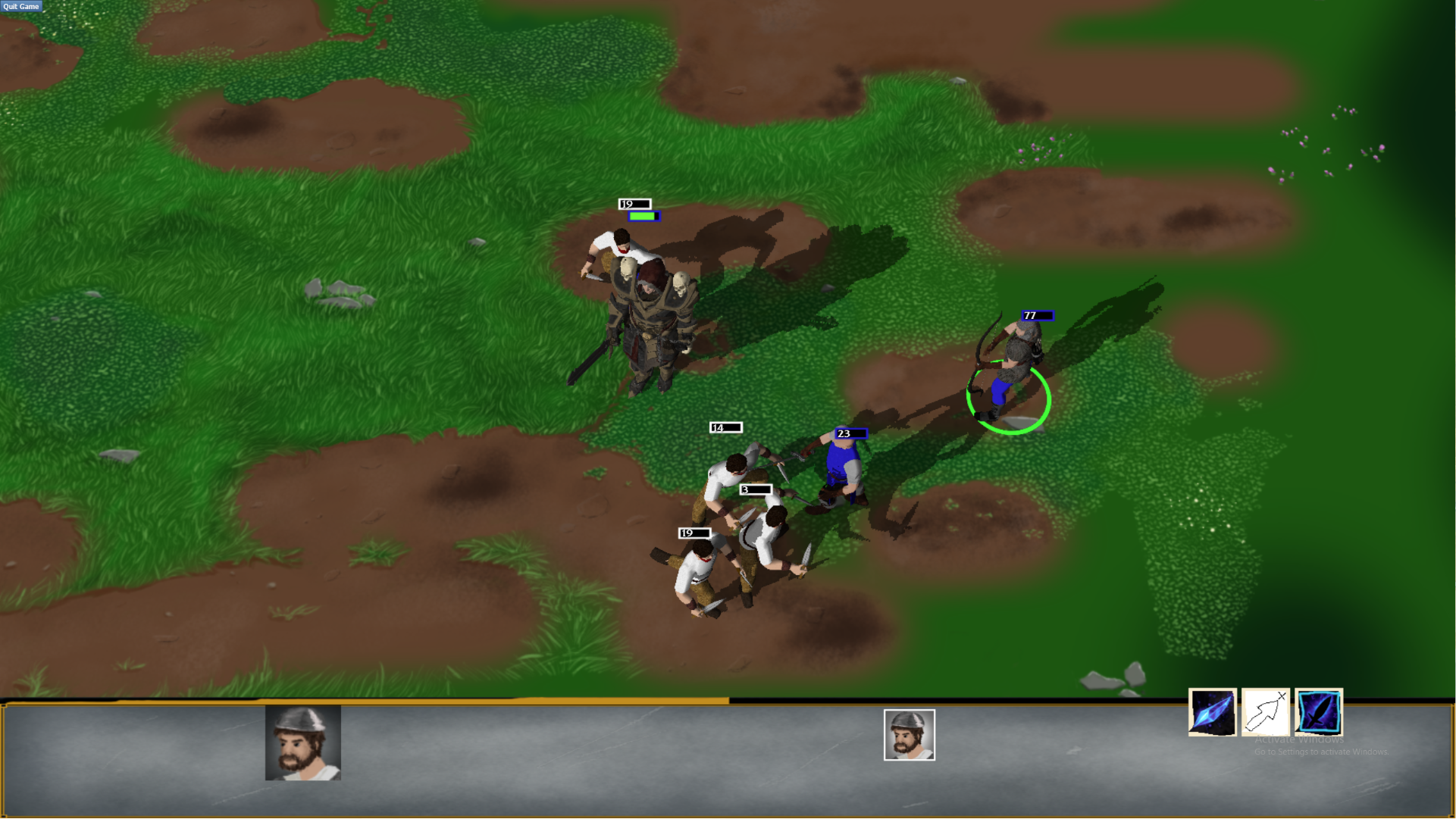 One of the last things we added was an intro to the battles where the camera pans over the armies as the battle begins. This serves not only to brace the players for their battle and give a moment to look over the opposing army, it also looks very cool. 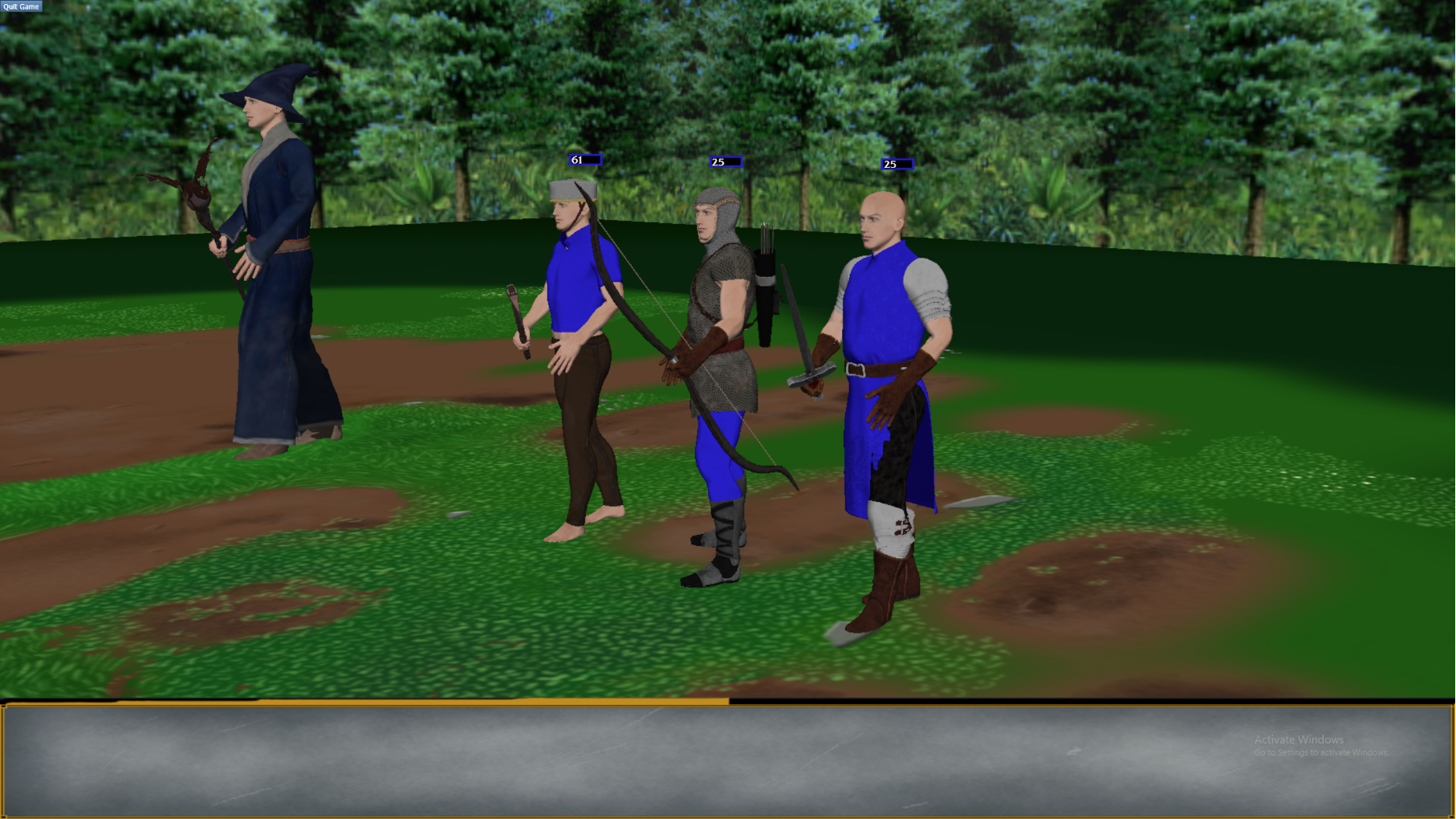 Another small thing was the army cheering once it wins instead of the battle screen suddenly disappearing as the last unit dies. It feels like a small change but it makes the experience just feel a bit more complete. We are happy to be at the stage of development where we are busy with seemingly small user improvements instead of major system development.

We wanted heroes to play a critical role in battles and strategies of Empire Rising. For this we created unique talents for the four classes. They start with one class talent and pick between two talents till level four. The heroes can reach to level ten but for now the last choices are just placeholders. With the simple choice the player can customise how they want to play or they can pick talents that work with the hero they hired. 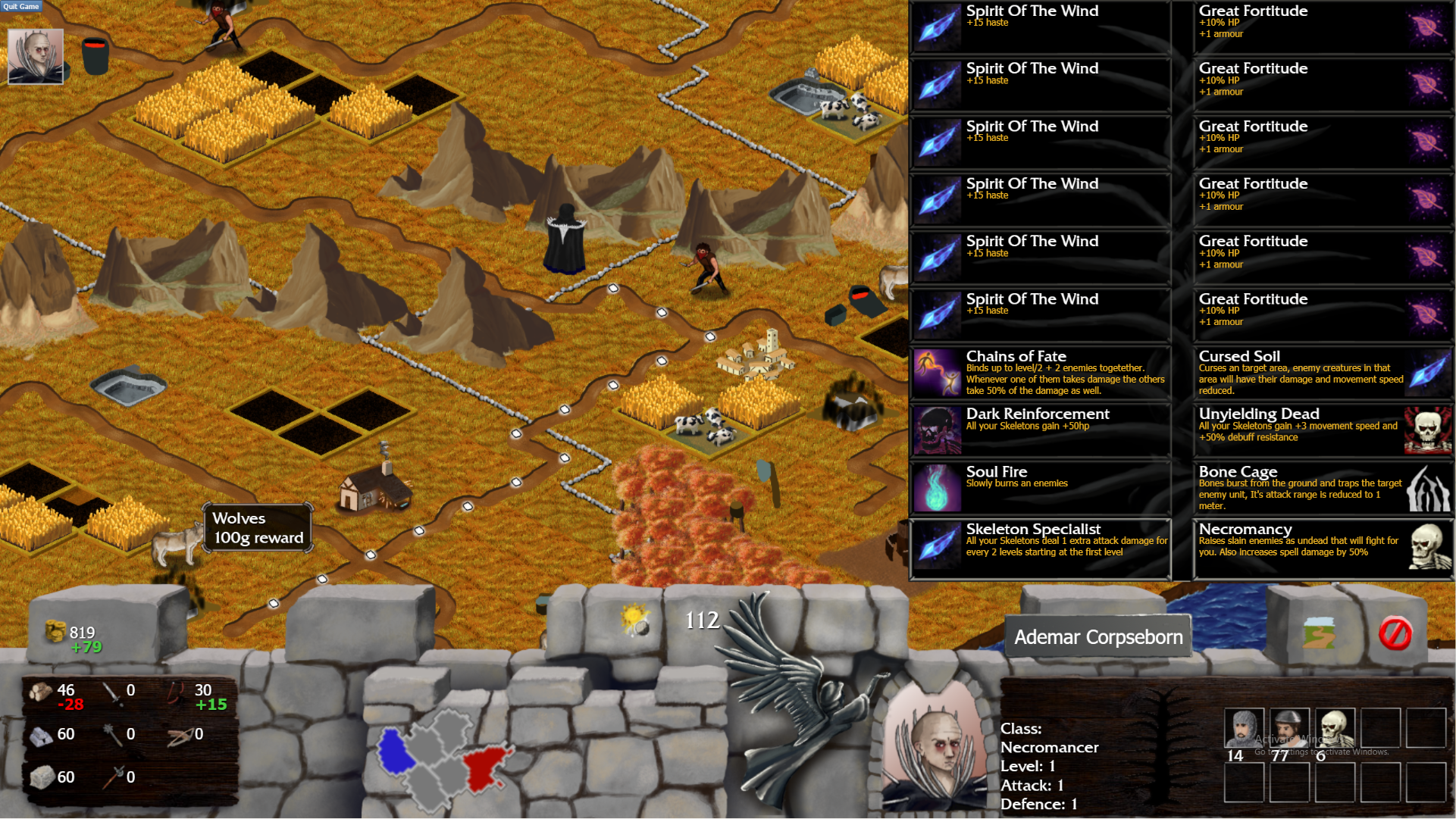 In addition to starting with the class talent all 20 heroes have a unique skill designed only for them. Because we wanted the games to be diverse and interesting. The unique talents range from a marauder who recruits wolves into her army to a sorcerer that increases the damage of fire spells. Some talents work with certain units to further encourage players to try new combinations. 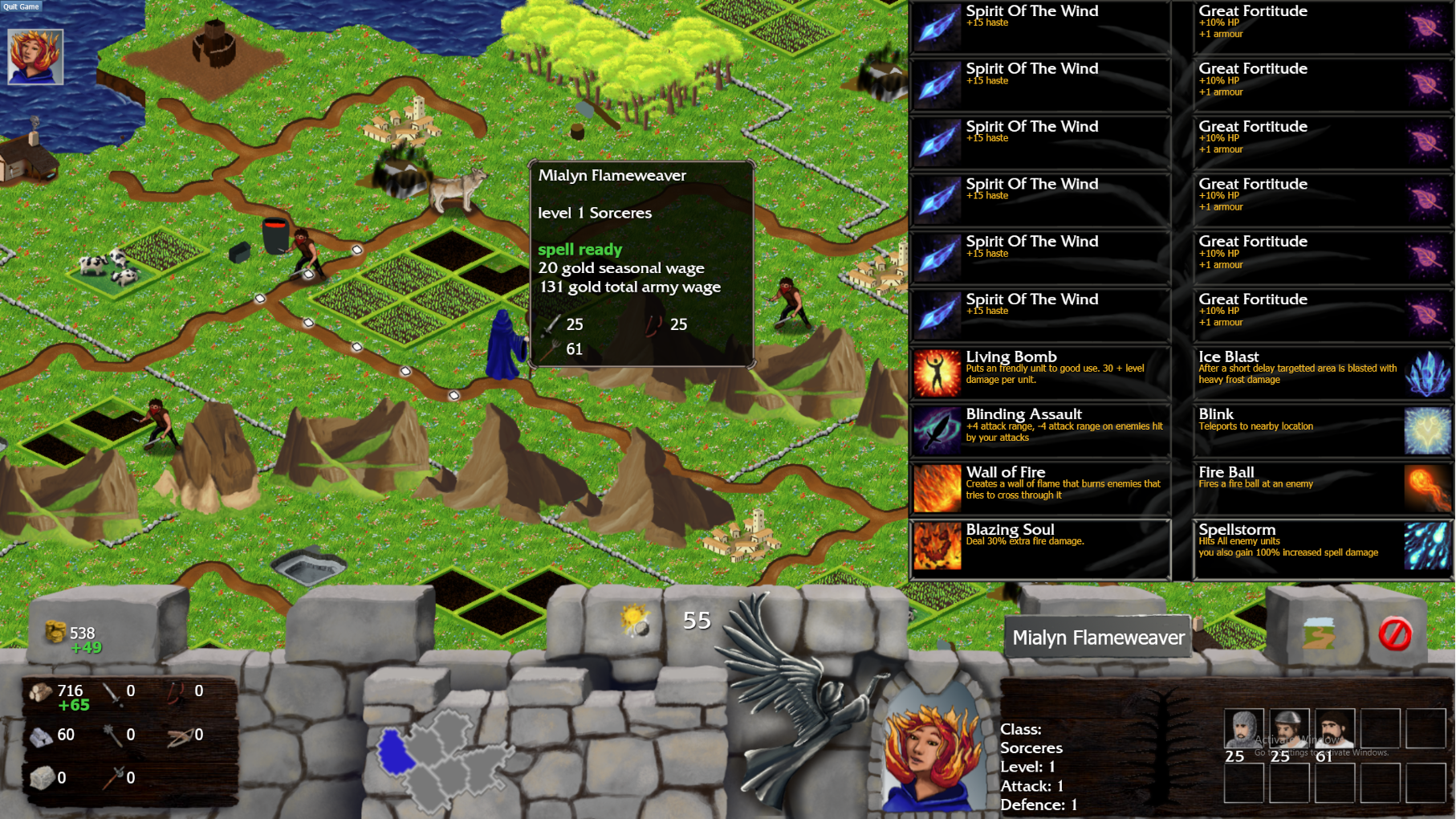 Going with the heroes we added items. There are different tier items that unlock the higher level your countiy’s castle is. There is no limit to how many items a hero can have, only how much gold you are willing to spend on it. Some items can boost a hero’s stats, others might benefit a type of unit, or even teach a hero a new spell. 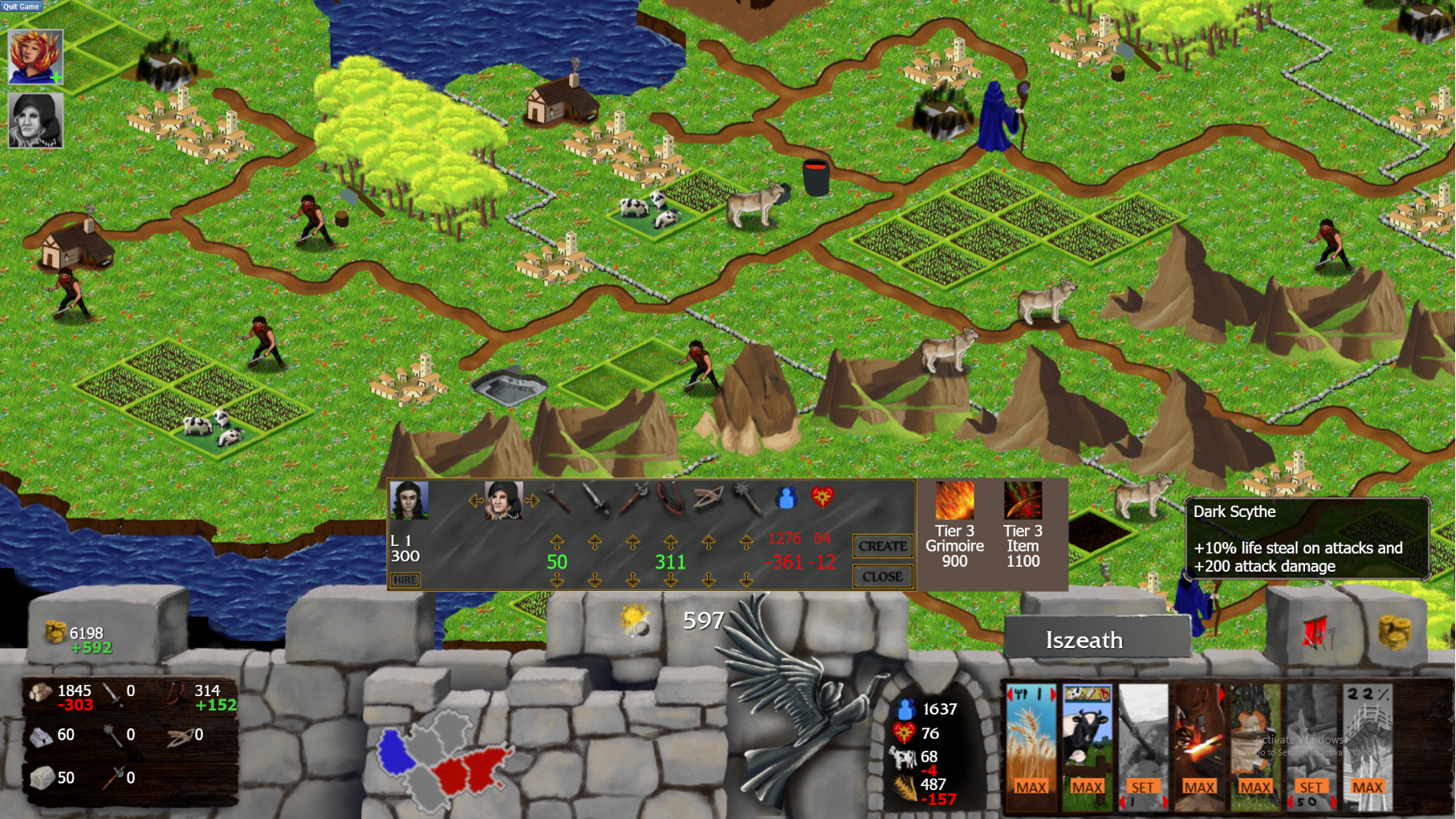 In order to do justice to the new talents and spells we added particle effects to the game. Before the sorcerer was throwing an orange tennis ball as a means of attacking, now it's a flaming fireball. We then added some sounds to the mix too. At the moment some of the effects are more polished or fitting than others but they’re there nonetheless.

To balance the growth of the heroes we added neutral mobs into the game. This changed the beginning stages of the game as instead of building up an army then attacking villages there is a lot more action fighting bandits and wolves in order to level up. 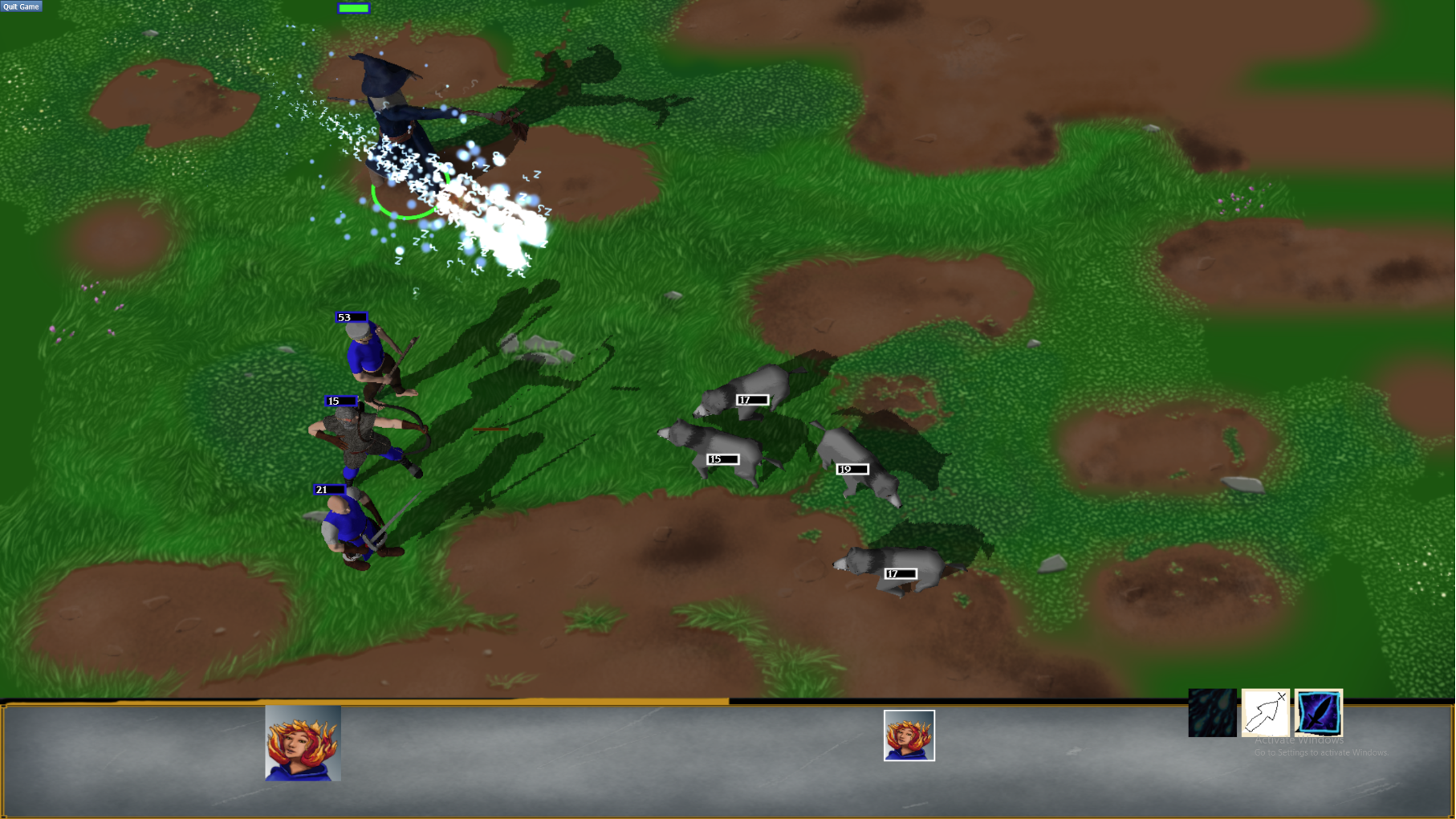 There was also a big overhaul of the ui. It started with making the control bar longer, giving us more space for information, buttons and embellishments. We replaced the rather boring and cumbersome labour slider bars with a labor card system. From left to right you assign the type of labor you want the people in your county to prioritise by dragging the cards into the position you want. This will prevent fields dying suddenly if your slider was just suddenly off. We also put some extra information on some of the cards, for example, how far your castle has been built, or the type of weapons you are making. In the end the labor card system not only turned out more functional but prettier too. 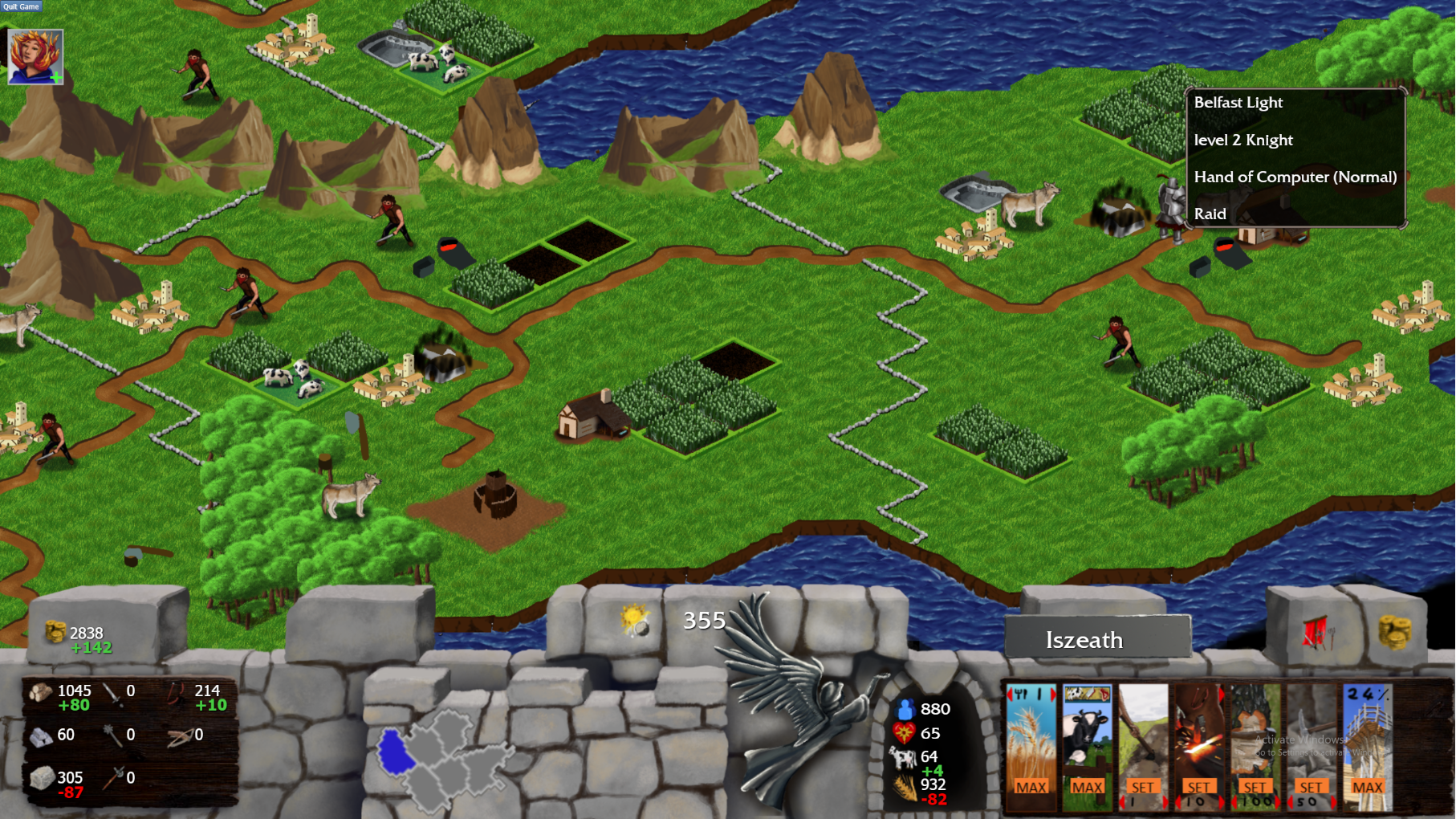 There has been a lot of work going into Empire Rising, and now more than ever we are excited to start playing the game. In the first place we designed this to be a game we wanted to play and it has finally reached a point where we can.

If you are interested in playing with us you can message us on discord or if you want to check it out yourself just go to Empirerising.net .