Commander, we have gained a new report from the battlefield, please read it.

Posted by GLATechGeneral on Sep 1st, 2012 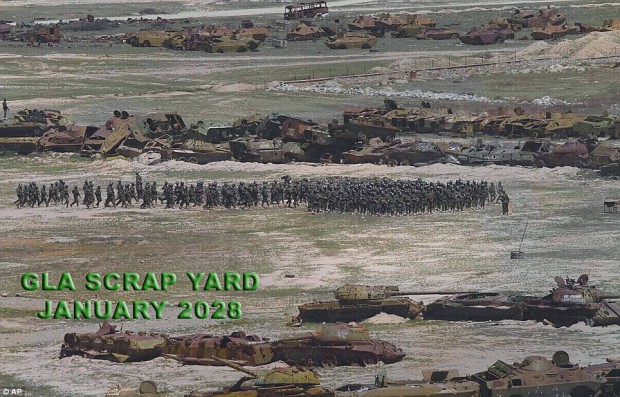 The entire troop lead by General Mohmar "Deathstrike" had gathered in the field to strategize and get orders.

One of the GLA Officer find General Mohmar "Deathstrike" which will develop strategies with the other GLA leaders.

General Mohmar "Deathstrike" moving up to a wreck of a tank, to give a speech to all soldiers.

"Our Soldiers! We have the same fate, we've destroyed by the Americans. and Chinese, we managed to kick one of them back to their home country, now they are back to take back our rights! Our land! Are we going to give up? NOT! We will attack them and defend ourselves! we all have free will! " Said General Mohmar "Deathstrike" out loud. 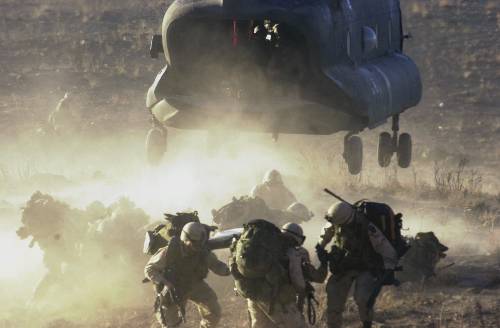 Meanwhile in the nearby City ,some American troops had been taken down and move on to the Humvee.

1 Hour Later in the desert 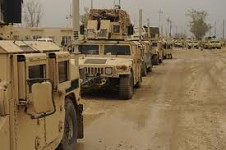 USA Convoy is on the way to the new base location

All GLA Soldiers hiding in the streets.

"There they are, General!" Said one army.
"Well, Preparing ... Attack!" Said General Mohmar Deathstrike from radio.

"What is this?" Said one ranger.
"It's GLA​​! Defend the convoy!" Convoy leader said. 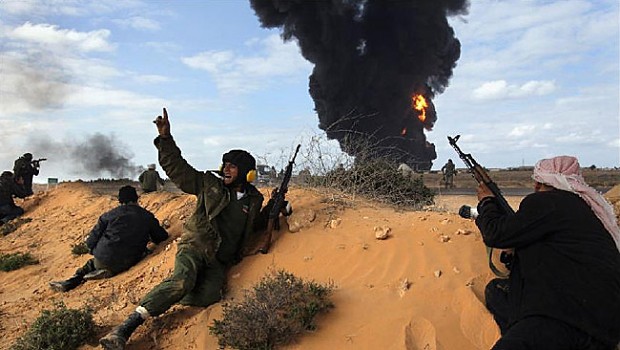 Not balanced number of troops made that convoys defeated, half of the convoy fled back to the city.

"WE ARE VICTORIOUS!" shouted one rebel.
"FREEDOM!" shouted the other troops.

"General, I know they'll come back" said the officer.
"I know that, yesterday they thought We had been defeated by China, now they know that We have returned" Said General Mohmar "Deathstrike".
"What should we do now, sir?" Asked the officer.
"We've got a lot of work now! Built several tanks and a fleet of technicals and do not forget we need anti-tank guns to defeat their tanks." Said General Mohmar "Deathstrike". 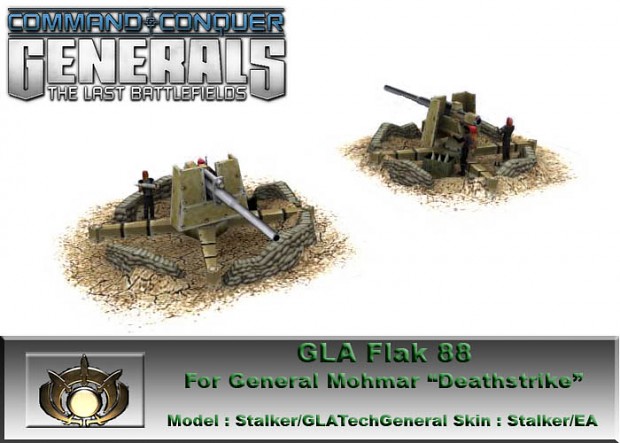 The Famous Flak 88 provide a good defense against tanks,but is not enough 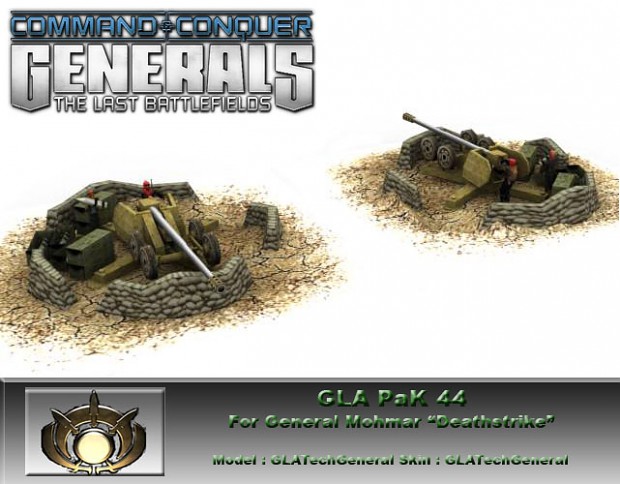 PaK 44 Anti-Tank Gun give The GLA more defense against tanks
Now, GLA is uprising ... telling the world that they have not defeated and have the power to defeat the enemy forces.

Wow... love how you organized, wrote, and presented this just like SWR in Rotr

This is just a concept for New GLA Campaign.

Where the hell got those pictures?