Post news RSS The Journey so Far(Untamed:Life of a Cougar Updates)

Our Mountain Lion game is shaping up pretty fast. Its been a while since I posted news on IndieDb. This short article gives a general overview of the updates I've been working on with screenshots!

Its been a while since I posted an article update on Untamed:Life of a Cougar, the reason being that as a solo developer, I don't have much time on my hands. so If you want visual updates you can go like my Facebook page .

A whole lot of work has been done in this department. better image effects have been added to give the game a realistic look and feel. this involved an overhaul of the map, new trees, plants and other effects. you'll have to play the game for yourself to truly appreciate the improvements done.

Almost all the characters in Untamed: life of a Cougar have been improved, though I won't post pictures of all of them, If you've been to the gallery and other social network sites associated with Untamed: Life of a Cougar, you'd already have seen various animal improvements that have been posted during #screenshotsaturday . 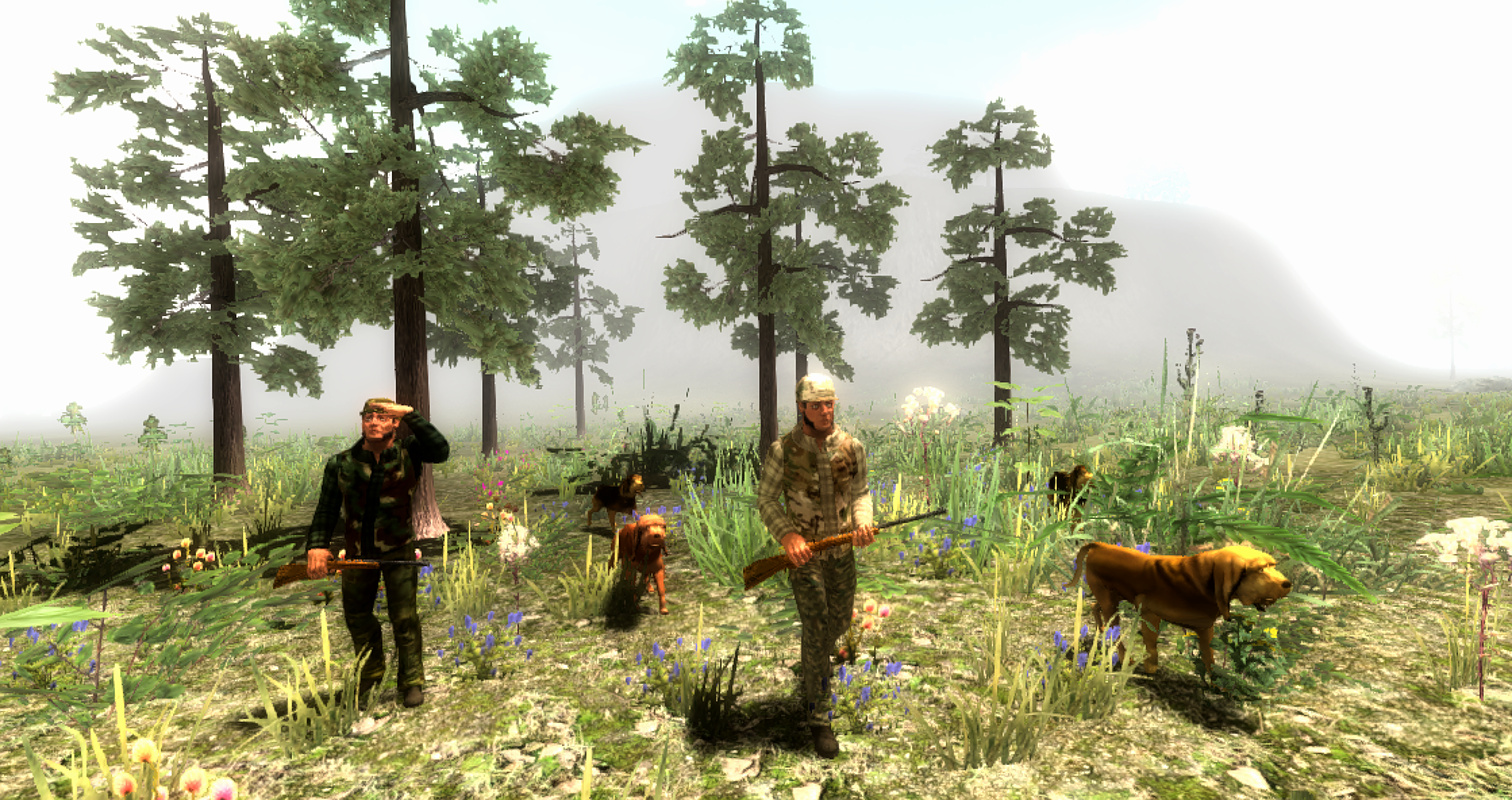 The hunter texture was changed from a single party-style attire to a camouflage attire of which there are 4 variations. (Mountain, Meadow, Woods and Forest) for the 4 different type of environments on the map. The bloodhounds were also given a variety of textures which can be seen in the image.

The Moose, Bison and Doe models were changed to better ones with way better animations courtesy of 4toon Studio. 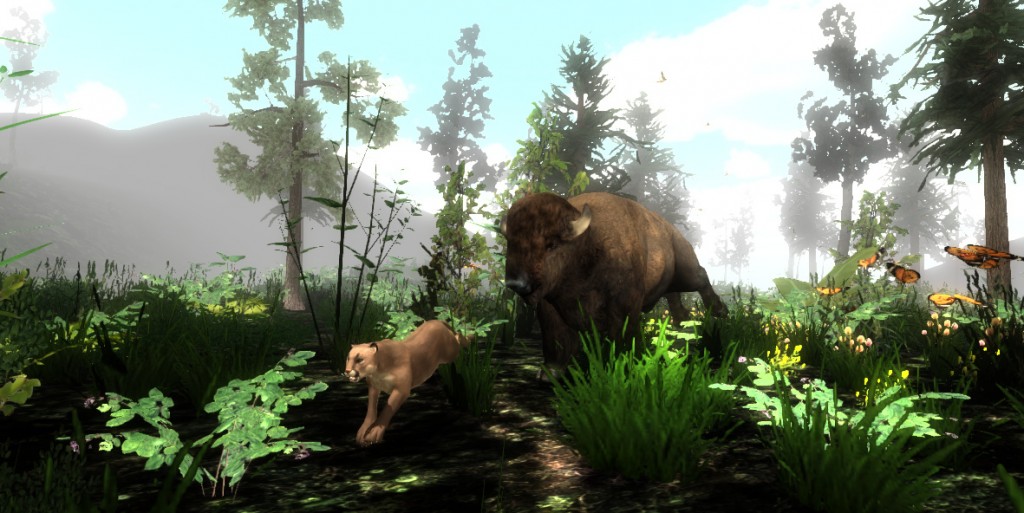 Several New Characters have been added in Untamed:Life of a Cougar, they are; Wild Horse, Wild Boar and Rival Female Cougar.

The horses move in herds while the boar is elusive, each of them have unique behaviors. The rival female as its name states will challenge you for your territory.

Over time, I've gotten feedback from the community on ways to improve Untamed:Life of a Cougar and bug reports, and I've implemented those changes, and we'll be looking at some of them;

The stealth system has been overhauled and the new one is better and without bugs. the player will have to choose his/her style of hunting prey.

I got complaints about the inability of the player to climb steep slopes while they can walk down steep slopes, it created confusion if it was a bug or not. It wasn't a bug, rather it was a badly implemented feature but it has now been changed, walk up slopes as you like but you will slide down in style :-) .

A lot of other systems and have been improved and updated and I'll talk more about them in future posts.

The release date for Untamed:Life of a Cougar will be announced on 25th July, 2015.

I've been working extremely hard to make sure that my dream, and the dream of several gamers sees the light of day, and I'm happy as that dream is being realized gradually. Thanks to everyone who has contributed in one way or another to the making of Untamed: Life of a Cougar, you guys are all awesome.

Have fun and Happy Hunting.