As promised, the new Haunted version has been released to the public and features a vastly improved multiplayer experience. And it comes with a setup tool! 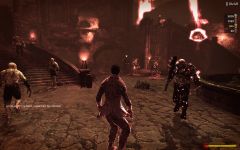 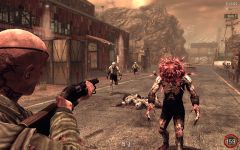 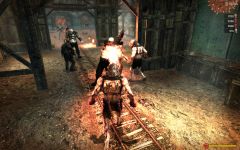 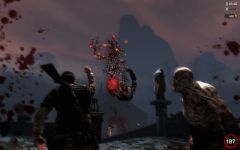 Major changes in v2.5 include:

A setup tool for easy installation is included, but before playing: READ THE README!

We need your feedback now more than ever! So please post comments here on ModdB or visit our IRC channel. #HauntedGame at QuakeNet.

This release has a vastly improved multiplayer experience, so we are glad about anyone who hosts a online server!

The People who worked on v2.5:

Many thanks to all betatesters and people who supported us. Special thanks to Nervous Energy for the server hosting, Helltrain for the trailer and eLowar for the installer.

AWESOME DLING NAO, I will probably host a server.

best day of my life :P

Haunted is EPIC!!!!!!! 2.5 PWNS
im sad cuz there are no battle or demonizer servers cuz those are my fav gamemodes

Here I go - how long did I want to try this? I don't know. Now is the time and I can only hope it's not as addicting as I think it will be.

I love this mod cant wait to put it up ^^

...but, this is me being picky, so..the climb ladder animation it looks clunky and unfinished. And remember this is just me being picky, mainly because this game is triple A imo and deserves such in every respect. :D

NICCEEE this mod is really one of the best for ut 3 !!!

I still can't understand why there is a huge lack of players.

Lack of players? If a server is empty and I jump on it, it usually fills up within 5-10 minutes. Depends on the time too, as most servers seem to be American/ Non-Europe regions.

SinKing is right, I joined up a server at 6:15am PST and someone else joined me within 3 mins.

I really like the game, played it for an hour on SURVIVAL MODE. So far, the one thing I noticed is a lack of variation on the zombies. Please add more zombies! I would recommend getting some idea's from the BLOOD 3D. Thanks!