The Haunted is still alive and made two places in the second phase of the Make Something Unreal Contest. Included are new teaser pics and some infos for the next release.

Now, about the next version. While the core mechanics are still the same, there will be many new features and nearly every aspect of the game that players complained about is being tweaked as good as possible. The old one vs all multiplayer mode has been replaced by 3 new modes, while the single player survival mode has been improved. Melee combat will also play a more important role, as seen in one of the new pics. And it's overall more about sending the minions of evil back to hell than just surviving.

There are still quite a few things to do until we are ready to release the new version, but it'll be worth the wait. 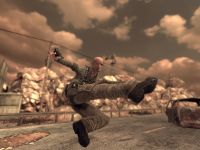 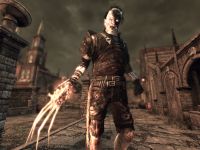 Sorry that we don't update this page very often, but development takes top priority at the moment.
And we're still just a very small team. We will make an announcement of the features and update the game description and stuff here on moddb soon.

I hope you've added some kind of COOP...
It would be sooo sweeet!
Love your mod.

I feel the same.

if you feel that way, you should be playing zombie master for HL2

however, I like the idea of this mod (though I agree a multi-survivor mode would be nice)

Zombie Master is not the same in any way. If you've played this current version you'd understand.

For the rest of you, read the devs comments back to people! They have given away more information then you'll ever read in these updates.

I'm just hoping it's an improvement from their last version, and so far it seems beyond epic!

Excellent news, keep at it :)

Haha, now I see three characters in the game ;D.

My favorite so far is still indi!!!!!

I can't be the only one to love the guy dressed like Indiana Jones can I?!

The haunted is one of those awesome mods that actually make UT3 worth buying.

What's that supposed to mean :\

Fantastic work, great cover system. Can you give us a hint of some of the new modes? ;)