The new version for the award winning UT3 mod comes with a lot of improvements, some new features and an all new cursed place!

First we want to thank everyone for playing and supporting The Haunted and Epic games for making us win four first places and one fifth place in phase 3 of the MSU contest.

And since we don't rest on the laurels, we announce version 2.5 today. The next version is all about polishing, tweaks and improvements. We tried to adress as many issues as possible and add some new things such as special attacks for all monsters, or an optimized camera for widescreens. In addition to that, an all new map named "Lost Temple" will be included, which is shown below. 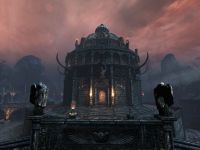 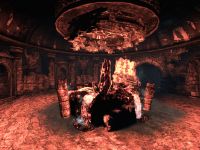 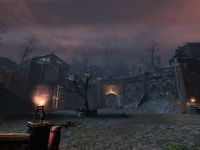 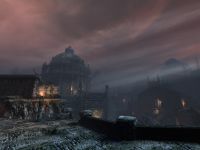 Also, look out for a "History of The Haunted" feature here on ModDB as part of the summer of mods and indies event! We are still seeking more betatesters and server hosts, who want to test the new version with us! Just visit our IRC channel to get your hands on the new haunted release earlier.

HauntedGame @ QuakeNet
The Haunted v2.5 is due to be released in the coming weeks.
See you in hell!

Congrats guys you deserve it. Looking forward to more The Haunted.

Epic mapping! Has a graveyard feel, which I'm guessing it will become >:D

Looks effing schweet. I wish it would come out for PS3 so I could take a stab at it, but oh well. PC crowd first. :DDD

Congratz on the wins. this mod really deserves it. I just wish it had more people playing online =/

which this contest may make happen =D

Amazing. Wish u the best!

Not bad. I just wish people actually played UT3 mods. I mean you can get mods like Fistful of Frags, and Pirates & Vikings to have a steady playerbase, but not the Haunted? I'm a Source fanboy and I'm sick of my own Engines dominance. :P

It isn't that people don't play them, it's that people don't host public dedicated servers for them. I play over LAN with up to 10 ppl for instance. Only the mod teams host dedicated ATM (or awesome fans). None of these mods have hit 1.0. A mod like PVK2 took years to come out on Source, and for good reasons. It also had a HL1 version that had a large playerbase. This is completely different. Source has a lot of mod players, but UE3 has 10 times that in published games.

Dude. Modding community is all that counts. I'm sorry, this is a Mod website. We're talking about Mods. yes, UT3 is used by many companies for Commercial games, but we're talking mods. Mod playerbase is very small, despite the obvious amazing things that can be created with UT3. It's just how it is, nothing more.

By any chance did you look at the MSU winners pages (both of them) and notice that less then HALF of the mods are on MODDB?

Have you ever visited a UT site?

Probably not. You've only been to sourcebias moddb.

Congrats, guys! You deserved all the awards.
I can't wait for that new map!

THat was a though challenge, congrats.

Four first places!!!! you deserve it though

So I'm guessing another coming level is Lighthouse? Seeing as how on the servers list I keep seeing Lighthouse Beta??? :)