The Haunted v3.0 Pre-Release. Test it and give us feedback for the contest finals!

The Haunted v3 will mark the last big release as UT3 mod before we port it to UDK. The goal of this Pre-Release is to get a last bunch of feedback and bug reports, before we submit the finished v3 build to Epic next friday for the MSUC Grand Finals. 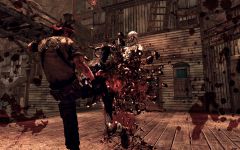 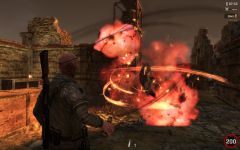 If you want to help us, post as much feedback and bug reports as possible here on the Forums or in our IRC channel #HauntedGame at QuakeNet. To play this version online join the Haunted V3 beta server provided by Nervousenergy.co.uk

Thank you all for the support!

Great to see such improvements on this version! GL on the contest, and hopefully the move to UDK will help the development of the game, and heavily improve its fanbase!

im really glad epic released the udk for everyone to use so humble people like me without ut3 can play these mods once ported. lookin good :D

That UDK is just making me happy. ;)

oh I can't wait for the udk release

Ah how cool - I was just thinking about playing some Haunted today :)

This mod looks so epic......it's just too bad that I only have the PS3 version of UT3. D:
Incredible work though!

If your computer can handle it, you'll be able to play it without UT3 in the next version ported on the UDK.

i fell in love with this mod at a LAN party the UDK will get more people in to this great mod dl now ! :P