The Harlequin bonus multiplayer character will be available for those who will pre-order AC:B.

As stated before (AC:B announced), the new game set in Assassin's Creed universe is supposed to feature the MULTIPLAYER game mode. 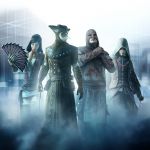 We will be able to choose our own assassin, a character best suiting our needs or choice or style, thanks to the multiplayer mode being introduced.

Also the plot is said to be centered on Rome. 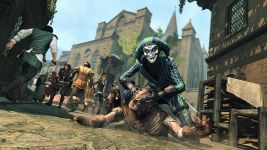 Additionally, those who will preorder Assassin's Creed: Brotherhood, will receive an opportunity to play as the Harlequin type assassin!