Experience Paintball like you never have before... in the Doom 3 engine! Four new weapons for you to splat your friends (or non friends) with, don't hesitate!

Posted by TheHappyFriar on Apr 1st, 2009

Experience Paintball like you never have before... in the Doom 3 engine! Four new weapons for you to splat your friends (or non friends) with, don't hesitate! Get it here!

Wondering what it all LOOKS like? Done in under 30 days, The Happy Friar documented the creation of the mod from the first ingame test models creating weapon pickups, player POV models and 3rd person player models for other players to see.

But, gameplay is everything, so weeks before the weapon design/creation began Friar conducted playtesting with [BTF]Jehar over at Tastyspleen.net and Pappy-R of PlanetDoom. Once the gameplay was nailed down work on the art assets begin. Using nothing but Blender, Edit Pad Lite and Gimp he used real paintball guns as a base. Even for the sound effects a real, on hand, paintball gun was used.

Learning how to pit weapons in to the player view and 3rd person player model of Doom 3 was pretty much done by scratch. There's not much document ion on this so he had to figure out most things on his own. For the sake of all would-be Doom 3 modders out there, he's included ALL the Blender .blend file used for making the mod! So if you're wondering how the models were created & textures, check out the Non-game assets file. 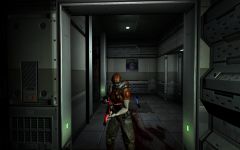 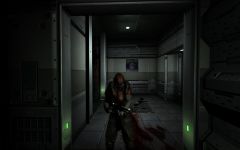 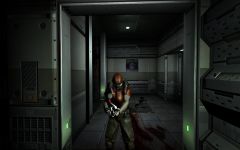 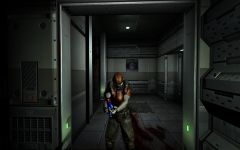 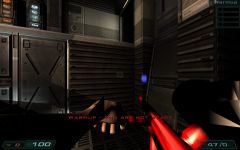 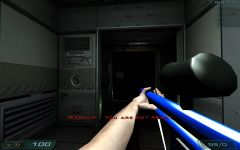 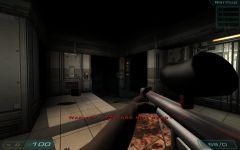 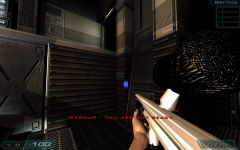 Don't forget you can check out the image gallery for all the WIP shots to see how things progressed. Finaly, along with screenshots, I also saved video clips of WIP's to show art progression. Take a look!

Nice but what paintball gun do you have pump action xD. Great work though.

you've never used pump action paint guns? They're not very fun when playing against anything else. :)