Ok, as promised, I shall reveal to you the overhauled Gondor Spell Book, which is already fully functioning. There is a certain scheme that every spell book will follow from now on. But first, check out the new spells and routes (including References and Explanations for drastic changes or new abilities): 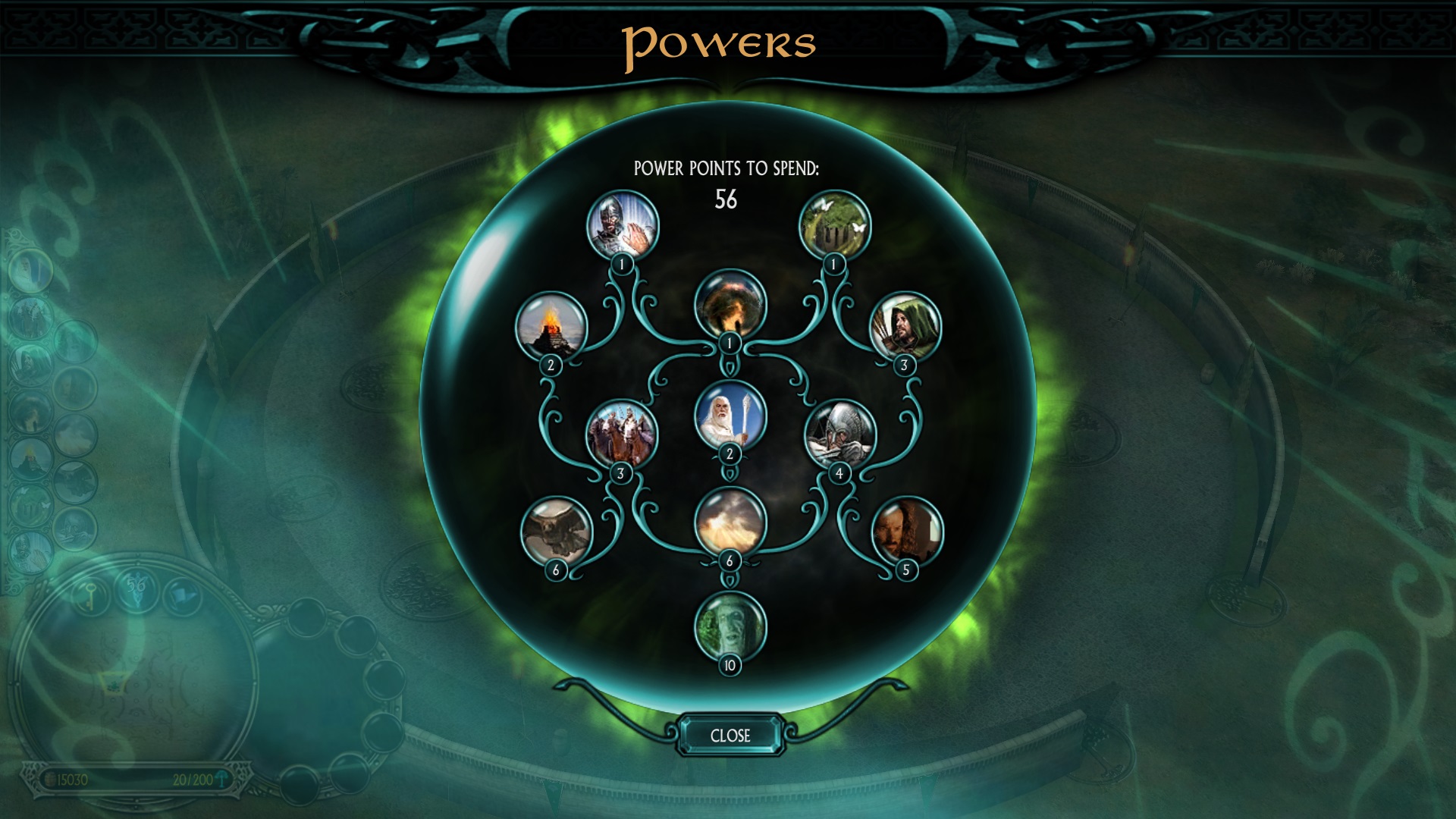 
3. Summon Beacon (2 PP)
- The beacon re-kindles the lost hope of men. Grants either +50% Damage, +50% Armor or +50% Experience to units in a radius around the beacon. The beacon can be destroyed by enemies, or demolished by the player. A maximum of 2 beacons are allowed at the same time. If you have 2 beacons on the field, demolish one first before summoning a new one. The game is not smart enough to delete the oldest one (or I'm not smart enough to find out how to set it, could also be the case)

Editor's Comment: Gondor is the one faction that lacks leadership in many situations, and this is an attempt to compensate for this. Is still subject to change, depending on tests.
Reference: Gondor lighting the beacons to request help from Rohan.

4. Palantir of the White Tower (1 PP)
- Reveals the entire map to the team. Does NOT reveal stealthed units.

Editor's Comment: Needs target area because BFME1 doesn't allow direct firing in spell book, sorry! (Or again, I might be not smart enough) (sigh)
Reference: Gondor (Minas Tirith) has a palantir. Yet, Denethor did not see the whole picture and eventually gave in to despair and grief. Also, Pippin used the Palantir in the first place, which resulted in Gandalf and Pippin coming to Gondor's aid.


5. Summon Rangers (3 PP)
- Summons 3 battalions of Rangers to the battlefield

Editor's Comment: Gondor's summons have always been powerful. In order to mix it up slightly (never liked Rohan and Gondor both having Elven Allies), I decided to change the summon to Rangers instead.
Reference: Rangers coming to aid in the defence of Osgiliath, and Rangers ambushing the Haradrim convoy. I know in the books the Elves did not come to the aid of Rohan in the defense of Helm's Deep, and yet I feel like I don't want to take Elves away from Rohan - the connection between the two in my head is too deep.

Editor's Comment: Gandalf can mount in BWM even as the grey, so I want to see how much this change influences the game. Now it takes 1 more PP to reach it.

Editor's Comment: A full base of armed Black smiths... it's possible now. :D


10. Cloudbreak (6 PP)
- Sun breaks through Rain or Darkness. Stuns units who have no fear resistance. Cancels other weather powers (unchanged)

11. The Last King of Gondor and Arnor (5 PP)
- Unlocks Isildur in the Gondor Citadel.

Editor's Comment: Mhm I won't reveal that one just yet. There's a good reason why I deemed it necessary. :)
Reference: Well, Isildur is actually dead during the events of the War of the Ring, so he never really fit in there in the first place. Unless...


Personally this spell book was the most difficult yet to think about, because Gondor's vanilla spell book is very strong already - arguably the strongest out of all the factions. Therefore I allowed myself to change it in a certain way while still trying to stay true to the original in a way - some might consider it a big nerf. But things can always be patched in the future if necessary, and I decided to give this new set-up a try. Gondor is by no means a weak faction, quite far from it actually!

The idea of Gondor's new Spell Book is not too far-fetched. On the left side of the spell book, Gondor places their faith in others (summons), whereas on the right side they believe in their own strength, and take it upon themselves to defend their homeland, starting with Ranger Allies, continuing to stronger defenses and finally being able to unlock the "late" King of Gondor. Or to pick a mix between both sides - which will give you the Army of the Dead very late in return. The center spells are more or less supporting spells. The spell before the final spell (Cloud Break) is deliberately the least attractive one of the 3 in the final row. Players will get to choose between fast Army of the Dead or more supporting powers. This will be true for most of the other Spell Books also. The strongest route might no longer be the most attractive one.

I have tried and shifted around powers very much to see which is the best fit for which slot, and I really like the current set-up - also because it makes relatively good sense. The beacon is a prerequisite needed for Rohirrim (as in the lore), and on the right side you unlock Isildur by following 2 Gondor-centered Spells (including Numenorean Craftwork), and that fits perfectly as a prerequisite for Isildur. In the center, the palantir vision also fits as a prerequisite of Gandalf the White; because of Pippin's vision, Gandalf the White comes to Gondor's aid. If I find the time among all the other things, Gondor might actually get a new hero for compensation. There has been a hero on my mind for a long time, but I'm not sure if he will make it in the next update.

I hope you guys are happy with this reveal. Also please let me know if you want to see the other faction's spell books before the release, or if you rather want to be surprised. I assume the next release will come out in the beginning of April, or somewhere around that time.
Please leave feedback, I appreciate it very much! If your arguments sound plausible, I will consider adapting the Spell Book, but I reserve the right to keep it as it is.

Find the newspost on Revora here if you want to comment in detail.

Oh yes, he will be a power house for sure. GtW is good as it is right now. Gandalf can now ride as the grey, so Gandalf should no longer sit useless in the base forever. I think the beacon spell shouldn't be too far down also, as it is a mediocre buff and not a super powerful one. :)

Legends of the 3rd Age Battle for Middle-earth
Related Games