The Dark Times first release news. A couple days after it was actually released elsewhere - sorry about that, guys!

In 1977's Star Wars, Obi-Wan Kenobi recalls fondly a bygone age of Jedi and high civilization abruptly brought to a halt by a period of galactic descent into darkness. While it took decades, a number of films, and other media productions, we eventually got a small look into those "Dark Times." This mod, "The Dark Times," takes inspiration from some of those small looks and unleashes it for your Battlefront II:

As mentioned in the video above, "The Dark Times" adds several innovative features to the Star Wars: Battlefront II you (hopefully) already enjoy. Most of the mod centers around adding several unique features for the single player - from the challenging and diverse "wave modes" to the dynamic conquest mode, with changing skydomes, AI heroes, and random assignment of heroes and units. 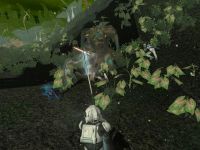 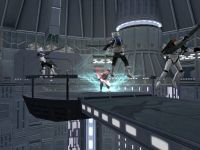 You'll also notice a substantial change in the way Jedi characters are played. Instead of a single-button three move combo, you are given two distinct types of attacks, light and heavy, and you can put them together in your own combos - and you aren't limited to just three moves in a row. Each Jedi also has a "Force Finisher" move that can be used under special conditions to clear out large groups of enemies. There's also a completely new set of Force powers (all of which can be charged to differing effects and potency) available! 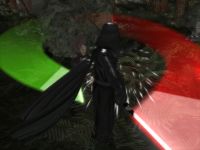 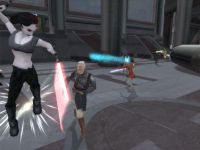 In addition to the ground-unit changes, several changes have been made to space modes as well. Like the infantries, the space vehicles have seen a complete overhaul, with several brand new vehicles specific to the era (like the Z-95 Headhunter or the TIE Vanguard). However, in the second space mode (both Space Assault and Team Dogfight are available), heroes are made available - just like in ground maps - and each hero has his own powerful starfighter sure to pose a challenge to the enemy. Even the AI will take to space as these heroes. 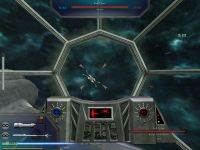 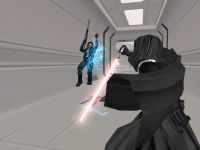 
When installing, please make sure to install to the "Star Wars Battlefront II\GameData" folder. Further instructions and documentation are provided during the install process. Thanks, and enjoy!