Another smaller update- it's back to buildings again this week with some new theme-park related additions including a Ferris Wheel!

Hello everyone! A shorter, late night, past-my-bedtime update this week! That's because I've been working on some new buildings again. I've just finished this gem: 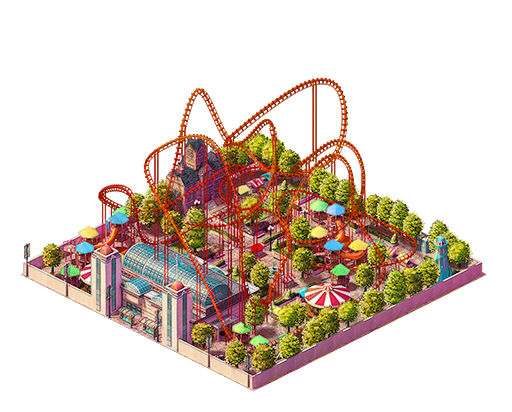 The Theme Park! I wanted to make this one bigger than 2x2, but it just wouldn't make sense within the game mechanics (too much space!) So it's a bit of a mini theme park with a sprawling roller-coaster.

I've started work on integrating the rest of the playable characters starting with the Mayor. I'm going to try and get a character added every 1.5 weeks, which should give the backer beta starting next month a few finished characters to play with.

Integrating the characters also means working on their character-specific buildings. So it's back to the weekly building thumbnail previews too! As you may guess, one of the main themes for the mayor's special buildings is 'entertainment'. These buildings provide some pretty significant buffs but come at a high cost. 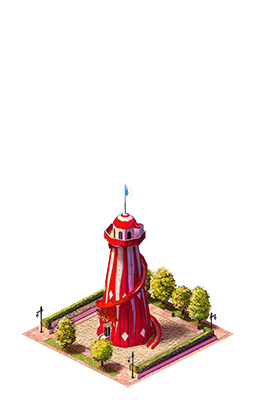 The Helter Skelter. I’m not sure if Americans will be familiar with this name? In the UK it means a fairground slide. 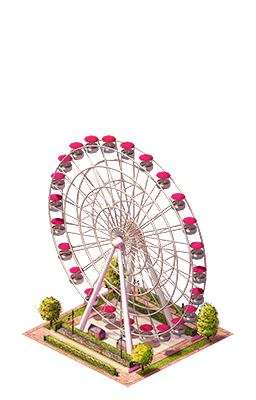 One of my favourites- the Ferris wheel. It’s not animated yet but it will be be in the final release.
Post a comment
Sign in or join with: