"When we are crushing the black hearts of our oppressors, we will find our hands blackened. We cannot cultivate our garden without digging in the dirt." Kane, on the Black Hand

Cain killing his brother Abel. Within the Brotherhood, it is widely believed Cain is Kane.

During the First Tiberium War, they acted as Kane's pesonal guard and later the Brotherhood's special operations unit under General Gideon Ravenshaw. Their role didn't stop at being just a special elite unit, but they also formed Nod's religious police and a form of clerk keeping the Nod pseudo-religious identity pure. 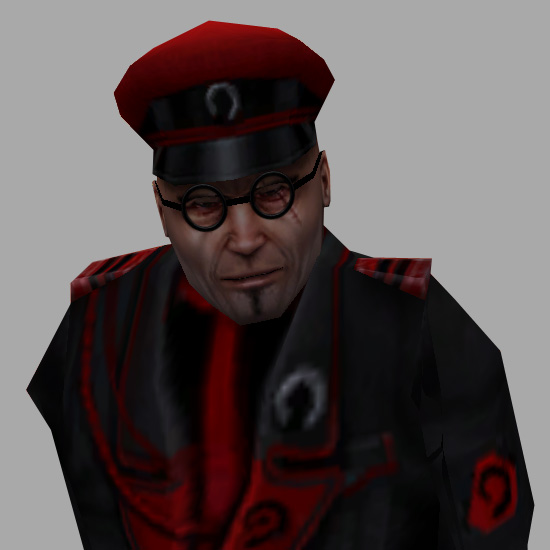 General gideon Ravenshaw. The first known leader of the Black Hand. He was also head of the project ReGenesis, turning himself into a mutant supersoldier, but destroying his intelligence. He was eventually killed by Nick "Havoc" Parker.

After the end of the First Tiberium War, the Black Hand vanished, just like most of the rest Nod groups. They made a re-appearance under Anton Slavik's command just before the Second Tiberium War, having gained enough power to match even Hassan's forces which were almost all the Nod forces on the eastern hemisphere. While it is unknown how Slavik became the leader of the Black Hand and how did they gain so much power in those desperate times prior to Tiberium War 2, it is known that their goal was to reveal that Kane was alive and reunite Nod under his command. Since Nod's reunification, they still acted as special operations unit, taking on the most essential missions. 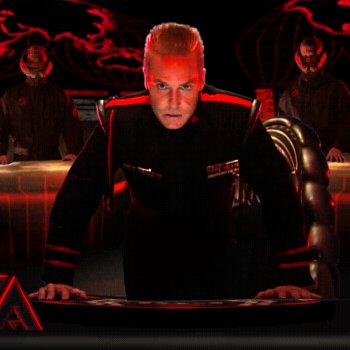 General Anton Slavik. A Serb in nationality, he joined Nod when seeing his country's forces being crushed by the United Nations, as he had a hatred of the West and knew the Brotherhood was the only force strong enough to match them.

After the defeat of TW2 and during the CABAL uprising, they formed Nod's "shield" and joined the main army of the Brotherhood as their highly trained Elite Cadre units were the only match to CABAL's cyborgs.

An Elite Cadre soldier. These soldiers acted as guards for important areas and places but with CABAL's insurrection they were used in Nod's mainline force.

Impassionate and powerful, Marcion was one of the best religious preachers after the Second Tiberium War and commanded what was left of the Black Hand.

Despite Marcion's claims about Kane, he gladly rejoined the Messiah and with his change of heart, the Black Hand again became the Brotherhood's core, leading to Nod's second reunification. During the Third Tiberium War, their ranks expanded even into the main Nod soldier ranks, while they were the Brotherhood's main asset for economic and military strength and continued their special operations. 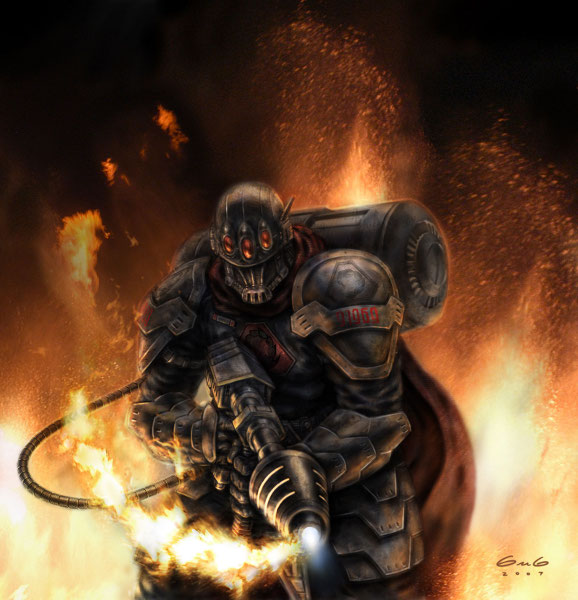 The Black Hand flametroopers were a unit used by Nod mainline forces. Obedient, fearsome and supernaturally strong, they stroke fear into the hearts of GDI troops.

After the Third Tiberium War they were almsot annihilated and were scatterred away from the rest of Nod. With Kane's unholy alliance with GDI, most of the Black Hand joined a new military figure, Gideon along with many other Nod commanders and swore to protect the Brotherhood's religious nature and to kill Kane while the minority remained adhered to the Black Hand's initial goal to protect Kane from any threat and co-operated with GDI alongside all other Kane loyalists. After the Fourth Tiberium War most of the surviving Black Hand ascended alongside Kane to an unknown future while the status of the rest remains unclear.

Gideon, although not officially the leader of the Black Hand, he commanded its biggest part alongside most of Nod during TW4. Although he was Kane's biggest rival for the command of Nod, many suggest he was a puppet rival put from Kane himself to throw dirt to the eyes of GDI.

could you make it more images and
make people want to read rather than look
PS
sorry...

i liked the elite cadre very much and anton slavik is badass. i think they called him the serbian wolf.

What is "Brothergrood" ? :P (Look at the Slavik description).

its the product of typing fast in the morning. sorry, i ll fix that

thank you very much. only if moddb was a bit more helpful with the whole image thing.

yeah
Anton Slavik,
it took me 4 hour and i spent many time on the images

So that's what happened to Slavik, he was assassinated.

NO, thats what EA did. I will assassinate them. In the name of KANE!

I hate EA they ruined the game.