Post news RSS Thanatos is getting better and better!

First look to the new map,a special concept art and a huge surprise even for the entire Hem's crew.Check it out!

Long time no see! Today we are here to inform you about the recent news about Thanatos. Now it's time to talk about another level of the game, an special concept art and a big surprise, even for the entire team, so let's get started!

Firstable, we will talk about the new level that we are working on: Another transition map between the plaza and the fire temple. This map is going to have intense action , so It won't be easy to get to the temple safe. Now you are in the dark of the night, and still lot to discover inside the islands.
In this map you will find that there is a small camp in the area, built by the "people" who live in the island, the minions.

Also, you will have difficulties with the wild creatures of the area, and small bug we are working today, but for demonstration purposes, we are using the antlion from Half Life 2.
The reason of this is because we want to show you in the alpha our idea of a dynamic combat style using offensive and defensive moves to survive in the game. This map will try to bring that style to life, and we really hope you like it when it's done.
Here are the screenshots of the map: 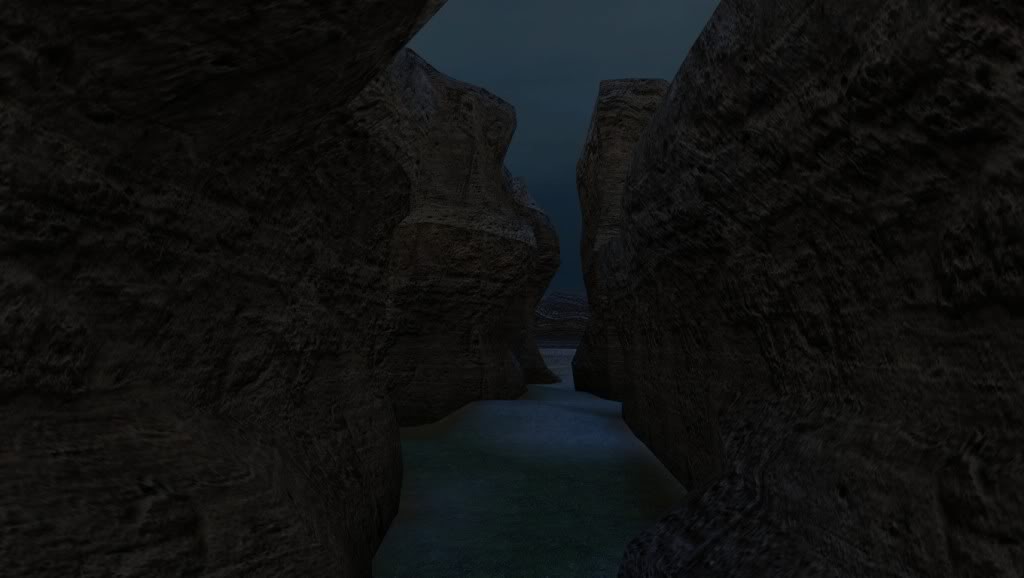 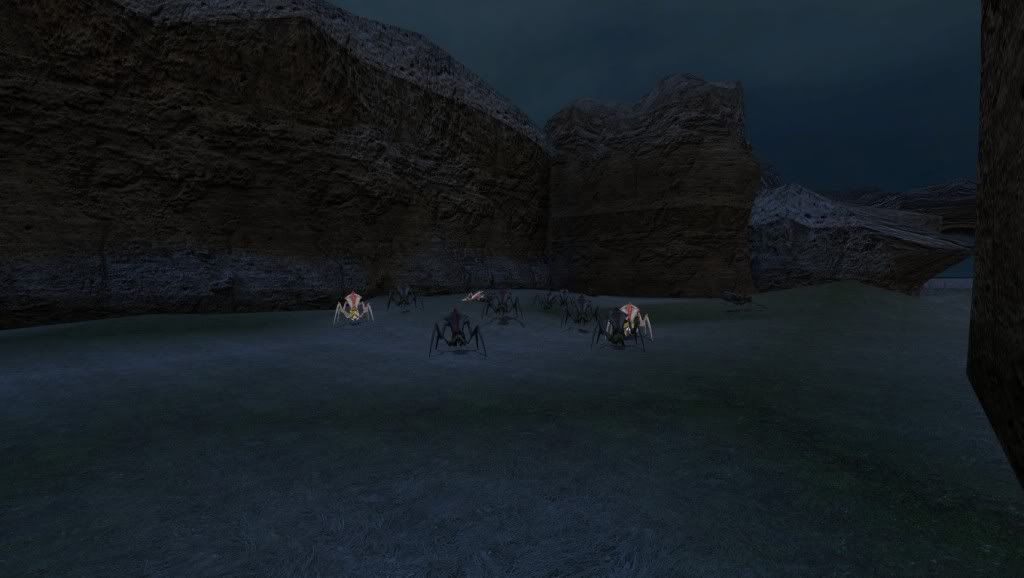 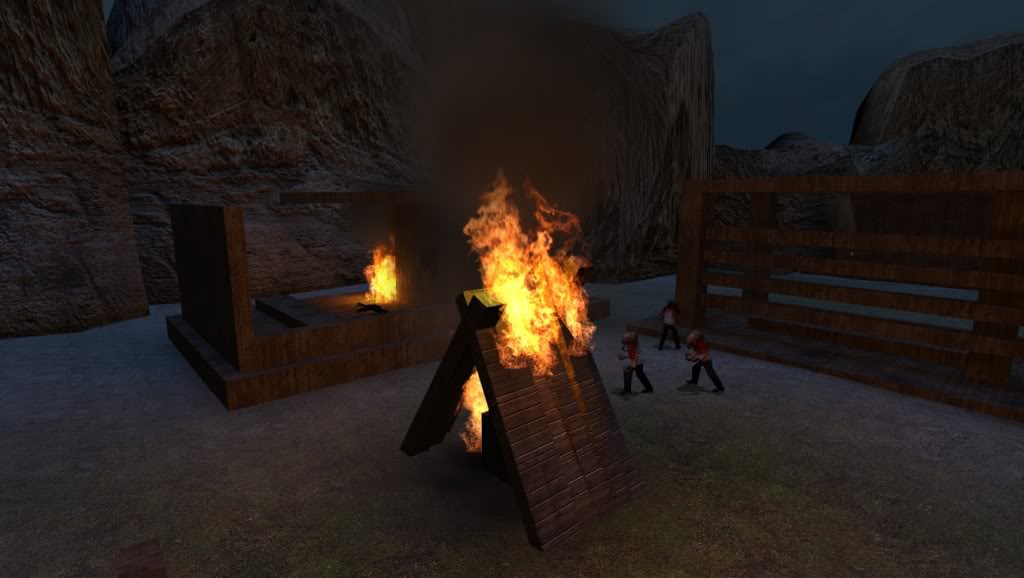 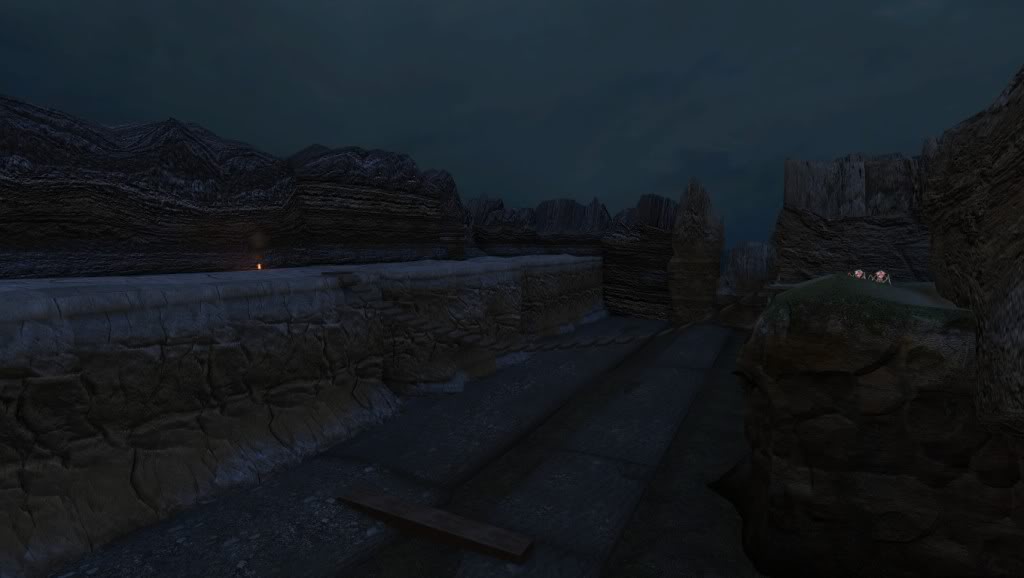 The map is WIP, but we are keeping a good progress in this one. Stick around for more info and screens.

Ok, now let's talk about a special concept art (or kind of) for the game. We were thinking about some symbols which could represent the 9 warriors of the game, remembering them that they belong to a special group, the best of the best in their lands. So one of the propositions for this symbol is the next one:

The concept art resembles a sword with a human shape (long arms and legs), with some kind of energy lines involving it, and beneath the sword, there are some special characters; These characters will make a reference to each one of the warriors, but we are thinking about it yet.

Feel free to make comments or suggestions for this idea and help us to identify our warriors!

Last but not less important, we have something important to show you. 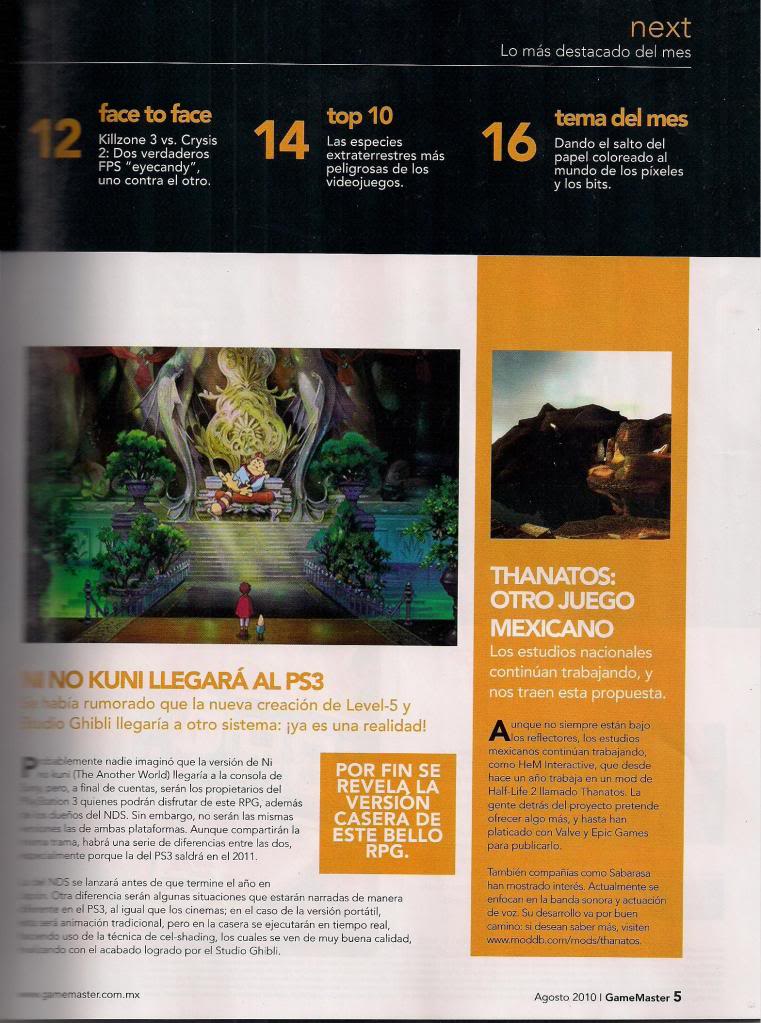 The monthly issue of a mexican videogame industry magazine called "Game Master" gave us the opportunity to show all the gamers that the mexican videogames's industry has potential to create high-quality games. Now,I don't think you will undestand the article, so here's the translation to English:

Someone wrote: Thanatos: Another Mexican Game
The national studios continue to work, and bring us this new proposal.

Even if they are not always on the spotlights, the mexican studios continue to work, like HeM Interactive, that a year from now is working on a Half Life 2 mod Named Thanatos. The people behind the proyect pretends to offer something else, and they have even talked with Valve and Epic Games to publish it.

Also companies like Sabarasa had shown interest. Right now they are focusing in the soundtrack and Voice Acting. Their development is going in a good road, if you like to know more visit: www.moddb.com/mods/thanatos


It was really shocking that the media press of our country spotted the project.Although we are not really talking to Valve or Epic (UDK) right now,we will intend to do it when we get the alpha or a complete version of the game.

That's it for the monthly news. We like to thank you for your support and remember that the alpha version is almost out!! Stick around for more news.

Hello there. I just signed up while checking out your screenshots. This project looks very ambitious and interesting. That's pretty neat that you were featured in a magazine. Many mod devs would probably like that kind of coverage.

This mod seems to be going somewhere, differently from most of others.. continue with your work, mexicans! I live near you.

You know? all of this is because all your support!! thx a lot!! we are working hardly!!