Terminus Machina began, essentially, as a short story collection / serial novel that I decided to attempt to turn into a video game for a few reasons. Firstly, because I wanted to get back into modding. Another is that the overlap between Deus Ex and Terminus Machina is high in terms of themes and audience demographics, so I figured a crossover would work out well. I’m happy to say that I believe both of these notions appear to have been correct.

So, in the event that cyberpunk Santa doesn’t show up with a plastic-shrinkwrapped Terminus Machina Release *right* on Christmas Day, giving you instead a lump of old screenshots -- I’m handing out this stocking stuffer, just in case:


These are all stories “set in the world of” Terminus Machina, which fill out a lot of backstory and involve characters from the game, but without any spoilers which would ruin the experience of the TM game itself. Hopefully they make the game’s somewhat unusual environment a bit more understandable and accessible. Or maybe it will only confound people further, in which case, I’ll have to lock up all my copies of Naked Lunch and give the key to a passing vagrant.

In other news, Rikhanz’ new level is coming along swimmingly, and I hope to have some screenshots from what can only be called THE GLASS FORTRESS, sometime soon.

Recently I’ve been investing the majority of my finite braincycles on textures, figuring that for the first release, it would be better to put out a small but polished gem rather than massive sprawling levels filled with repetitive wallpaper and emptiness. I've made about five character textures in the past couple weeks at last count.

So anyway, here’s some of what’s cooking: 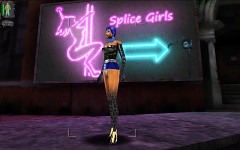 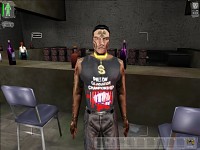 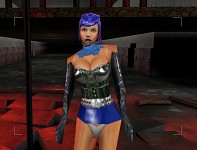 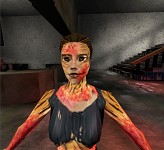 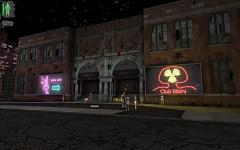 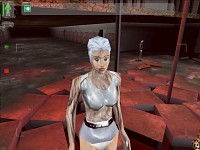 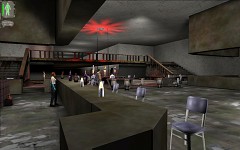 Great news! Still awaiting anxiously for this mod, so if you need anything, i'm sure anyone following this mod will help!

Yeah I could definitely use help!

I could definitely use texture artists, modelers, 2D artists right now. Actually I could use help with pretty much anything, although I'm still working on the script for the voice actors.