Allow me to explain why Lethal Stigma hasn't been released yet and what we're up to. Yes, we're still hard at work. I promise.

Well, there hasn't been an update in a while, so I figured I should probably get the word out as to what's going on. As always, I'll try to keep this from getting too lengthy, but there's a lot to say, so let's get to it.

We're not going to make the unofficial July release date, sorry. It's not because the coding isn't done or because there are bugs left to be fixed. In fact, the mod is in a 100% playable state at the moment and we could very well release it as-is. Unfortunately, a lot of other modifications were released this month and we'd hate to see our hard work go unnoticed. That, and we've got plenty of goodies we'd like to try and squeeze into the mod before a public release. Like what you ask? Well, how about something like this: 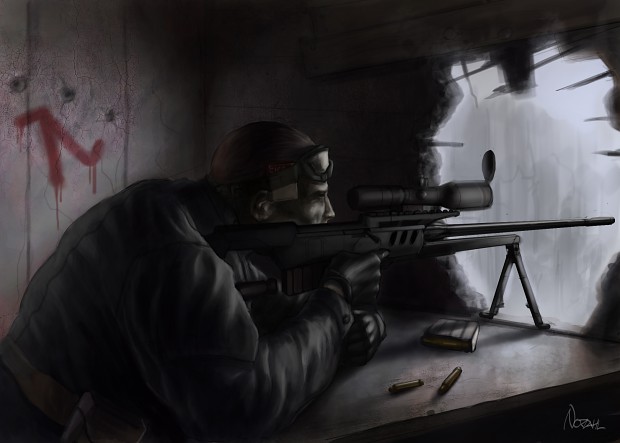 Fredrik (DerfO), our concept artist, has been hard at work. He's been drawing up a lot of neat character concepts for the rebels for several months now like this one, but they've just been sitting around while we try to find someone who can bring them to life. We still have yet to do that, but we have some leads and are confident we can make this happen in due time, so stay tuned.

You see, Lethal Stigma wants to take a bit of a new direction, ideally taking place a couple of years after HL2. The Rebels have had time to organize and utilize all the resources available to them and as such have more of a fighting chance against the still more technologically-advanced Combine. Just know that this transition will take some time to complete, but this is where we are headed for sure.

In addition to new characters, we're actively working on even more new weapons. A couple of weeks ago, cahemdue joined our team. If you're not familiar with his work, have a look at some of his previous weapon models for other projects. It's nothing less than amazing. At the moment, he's whipping up an O.I.C.W and USP Match. We have more images of the world models (high-poly view models are in the works), but we'd rather keep them to ourselves - at least until they are textured. Nevertheless, his progress can be tracked on our forums.

Of course, that's not all. Jordan, one of the programmers on our team, has recently taken up the task of allowing Lethal Stigma player stats to be stored and read from mySQL databases. What this basically means for the average player is that one will be able to check their progress and other players' progress on a particular server without having to actually join it. Instead, all you'll have to do is visit that server's website. In the case of any servers we host (Agent Red Productions), all you'll need to do is visit the official Lethal Stigma website to check your level and whatnot. That's something unique you won't find most anywhere else - including in mods on Steam. You can preview the test page by clicking here.

August 14th. That's an official release date people. Mark it down on your calenders. Some of this stuff might make it into the mod by that time, some might not, but you can expect it to be included in Lethal Stigma at some point. 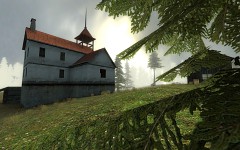 good to see you guys expanding on a unique style, and I also look forward to playing!

Glad to hear you guys working hard, i agree now is not the best time for a release since FA:source just came out which i have been playing almost 24 hours strait. i would hate that this mod suffers the same fate as many other quality multi player mods succumb to today that just couldn't build up the essential player base to keep the mod alive. Glad to hear more weapons are on the way and you've got a new modeler. Good luck on the release and one thing is for sure, i'll be there. Good luck guys!

Glad to hear you've expanded the mod. The original concept was great, but too focused... Seemed like something you could just do with small custom scripts in HL2DM without any real work, as with any gameplay mod without custom content other than maps.

Anyway, I'm just here to tell VLN that he has no idea what he's talking about. It played like a charm at the start of the beta, and all the gameplay bugs were worked out in the first two weeks. I haven't seen it since, but assuming the same guys are testing it, I cant wait to play!

How come can someone draw things so good as that concept? WOW! And release date 5 days after my birthday, I hope it gets really nice and I fix my computer to play it, i'm lagging a lot on steam games, 9 fps on tf2 sucks..

OMG I'm a Dev AND I didn't know about this stuff! (Except the Model).