Welcome to the first official news update for Task Force Black. We would like to present a selection of items including gameplay updates, new models and some level design concepting.

Welcome to the first official news update for Task Force Black. First up we would like to present a short video detailing some of the gameplay features we are beginning to implement into the mod, this time created by our coder Mr.Hankey. The video features a small collection of changes.

The first is our regenerating health system, with the complete removal of the nanosuit powers the player has only his body armor to protect him and due to the full and intense action we are hoping to portray a method of forcing the player to find cover, but also at the same time allowing him to continue fighting without having to seek medikits or bandages etc had to be created.

Second up is a new system for tagging friendly squad AI members when the player has them under his crosshair. This is for friend or foe identification in the middle of a fire-fight. We are also going to expand the system to allow the icon to appear when the AI squad is further than a certain threshold from the player in-case the player needs guidance.

Finally in a bid to increase the realism of the players movement in-game we have created a limited sprint system which also features a natural head-bob motion and the drawing of the weapon across the body in what we have termed a "tactical run". This is all in a bid to increase the feel of the players perspective and add additional weight to portray a more realistic feel for the player.

Next up we have a new model of an air compressor unit created and textured by team texture artist BuLL. Alongside this are a selection of new grenade models created by myself and textured by BuLL. The M67 frag grenade and the M18 smoke grenade are new and the M84 stun is a re-textured Crysis model. These will be replacing the existing grenade set along-side a brand new set of grenade throwing animations. 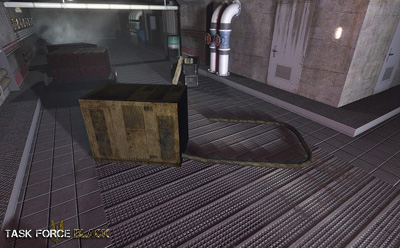 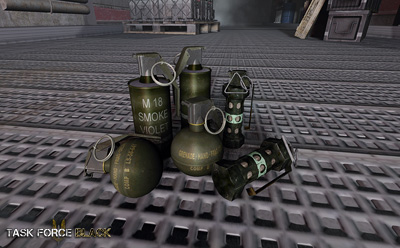 The next set of assets are created by team mapper and environment artist Ultimarage. These include some brand-new grass, some varied dead-wood and ground clutter assets and finally some new tree models, all of which have been highly optimized for CE2. We will be bringing you new vegetation asset updates in the near future in our bid to create a truly unique environment suitable for the northern provinces of North Korea. 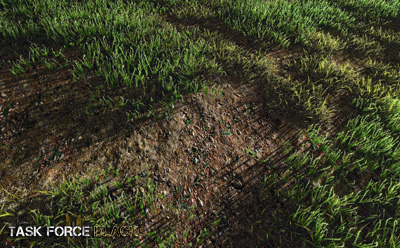 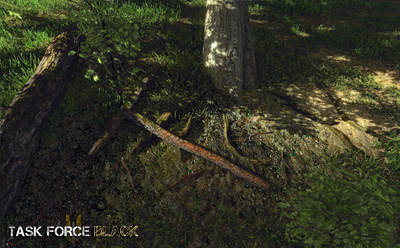 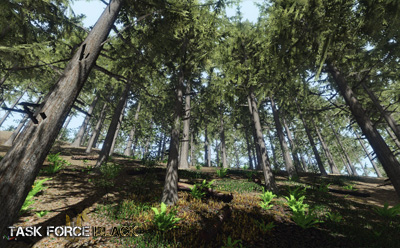 As well as in-game assets we would also like to present some exciting concept work by team concept & character artist Nerveink . These two images detail the interior of the underground missile facility which will make up the second half of the initial mission released with Task Force Black. 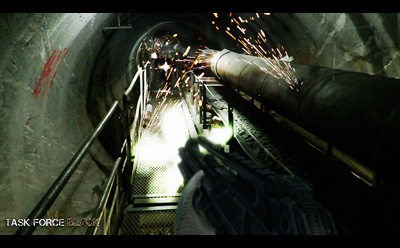 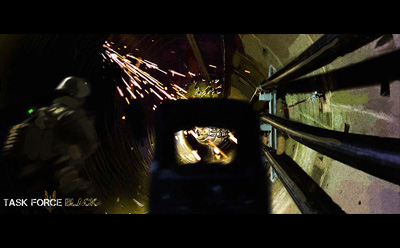 Finally and to follow on from the concept art we would like to showcase some in-engine concepting of the same area from the mission. As stated earlier the second half of the first mission will be set entirely in an underground facility to balance the exterior section of the map. This will also be an interesting departure from the primarily outdoor maps we have become accustomed to with CryEngine2. 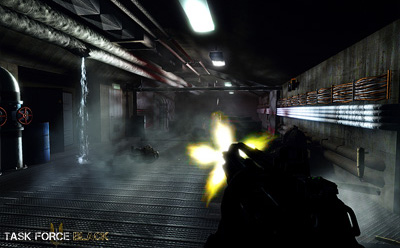 Thanks for reading today's update, we greatly appreciate your support. We will have more news for you soon so please keep checking back for our next update.

Well on that i got to agree with you once Ultima ;)

Good job in regards to the ground work as well, that'll really add to the levels.