Tannhauser is a new game in IndieDB - what is it all about and where is it going?

Tannhauser is a top-down space shooter where the player creates and customises his own ship as he undergoes a quest of bringing back the Empire from the brink of destruction. Customisation plays an enormous part in how the player tackles this challenge and a live, breathing galaxy keeps changing even as the player is engaged in combat.

This single-player game is currently under development for Windows and approaching the first Pre-Alpha. It is both free and open source, while also allowing for players to mod the game to a certain degree. 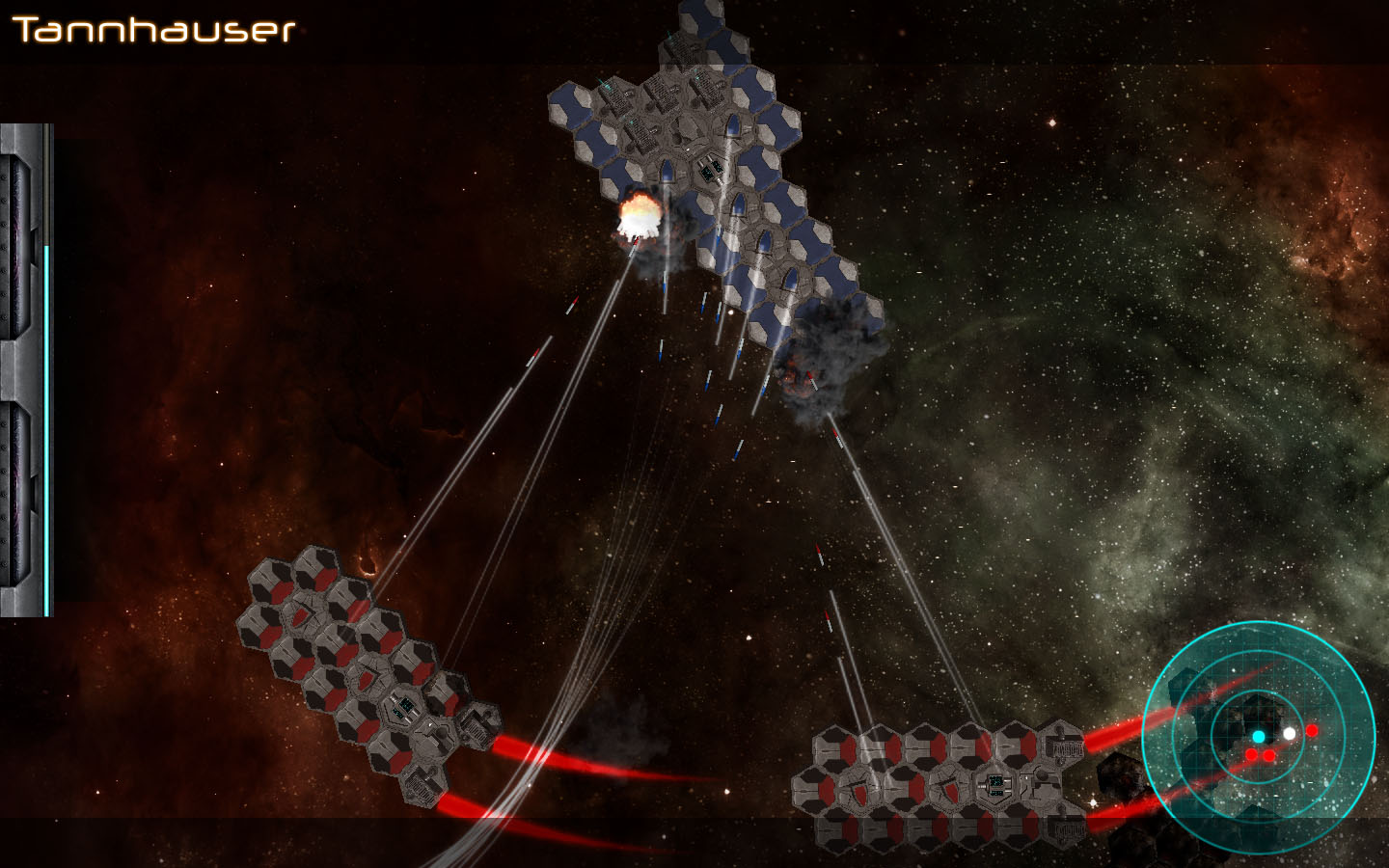 The great strength of Tannhauser's customisation system is that it allows all kinds of ships to be created from various kinds of hexagonal modules. Armour, weapons, engines, etc, everything can be combined to allow the player to create the type of ship he wants. From fast, long range gunships to behemoths bristling with weapons, you can assemble them in any way you see fit - just keep in mind that modules can be individually destroyed, so a ship can be left stranded by having its engines or reactors blown up.

Ships can be modified at an allied shipyard - usually an Imperial shipyard or one you have claimed from another faction, after destroying all hostile ships in that sector. Enemy shipyards, however, can be fairly well protected, making attacking such a sector a risky proposition.

In this screenshot you can see an Imperial shipyard, guarded by two additional weapon platforms. 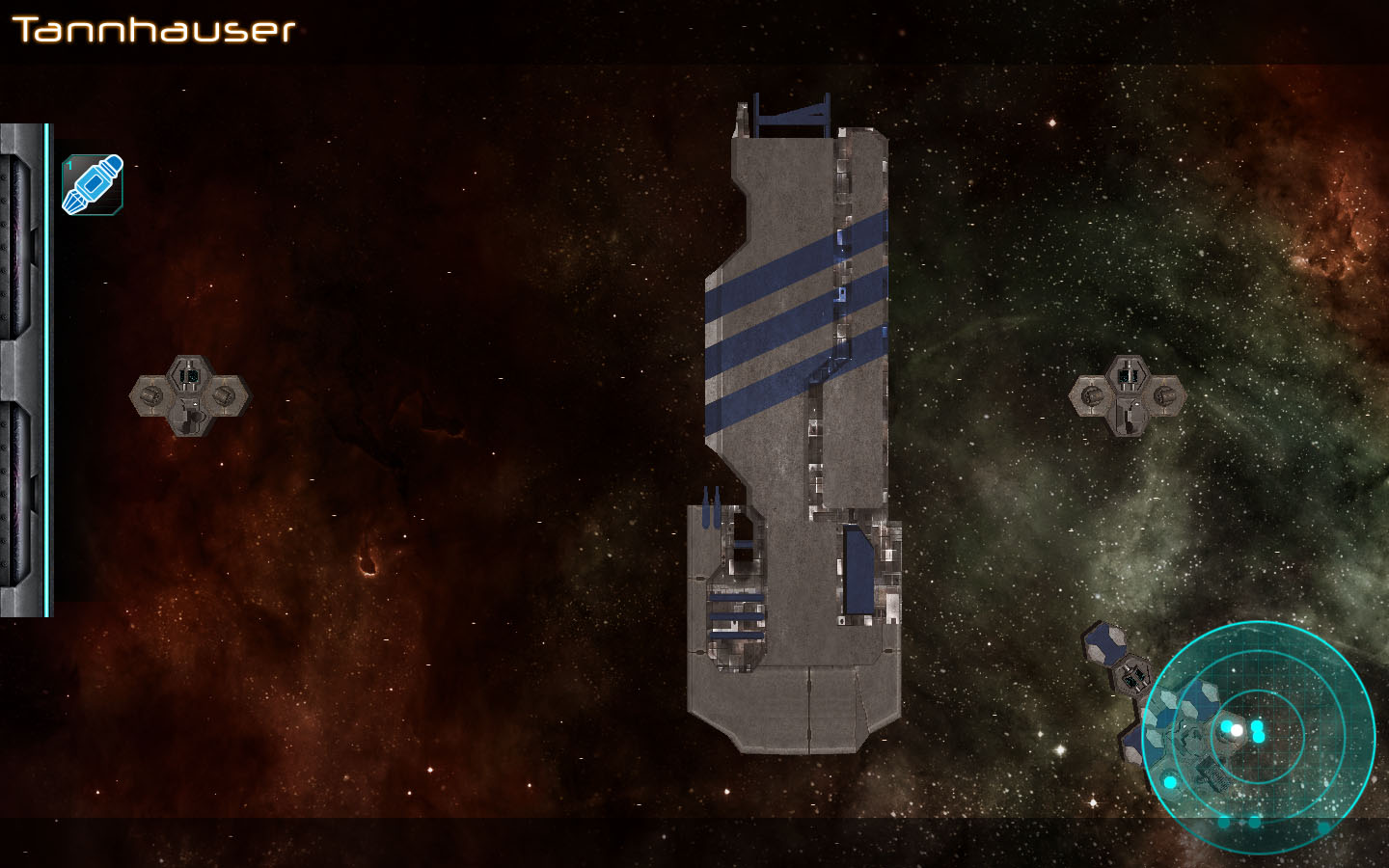 Once the ship is docked, modules can be dragged and dropped from the player's inventory. As it can be expected, modules come in different rarities and are balanced to match. The rarest weapons in the galaxy are truly monstrous and will reduce lesser fleets to slag in no time. 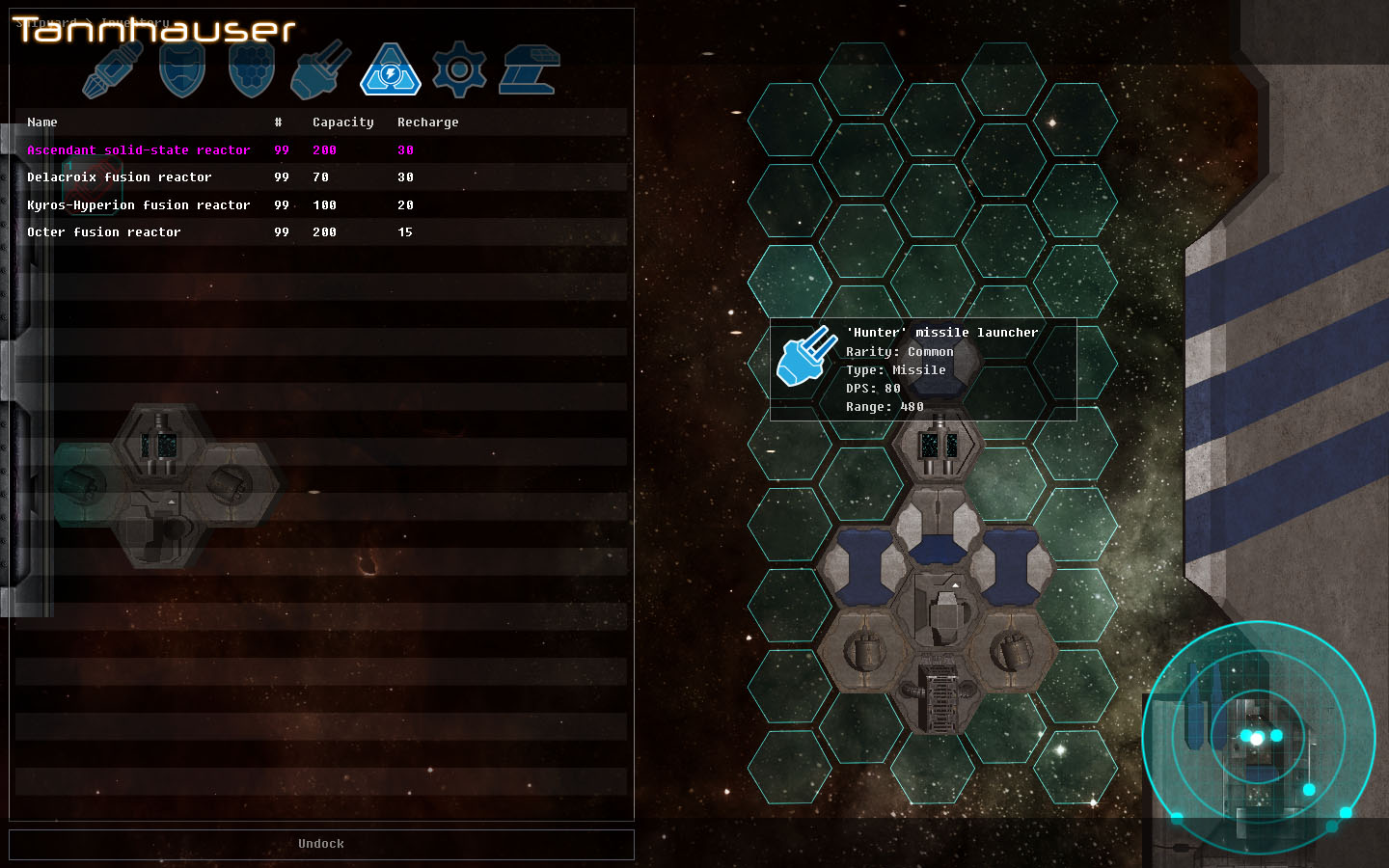 Centuries ago, the Empire reached across the galaxy, seeding mankind throughout the stars. These days, however, it is much reduced, with severe internal strife having fractured it and seeing splinter factions fill the power vacuum.

This is where the player comes in, taking the place of an Imperial Commander and taking part in the Great Reclaiming. 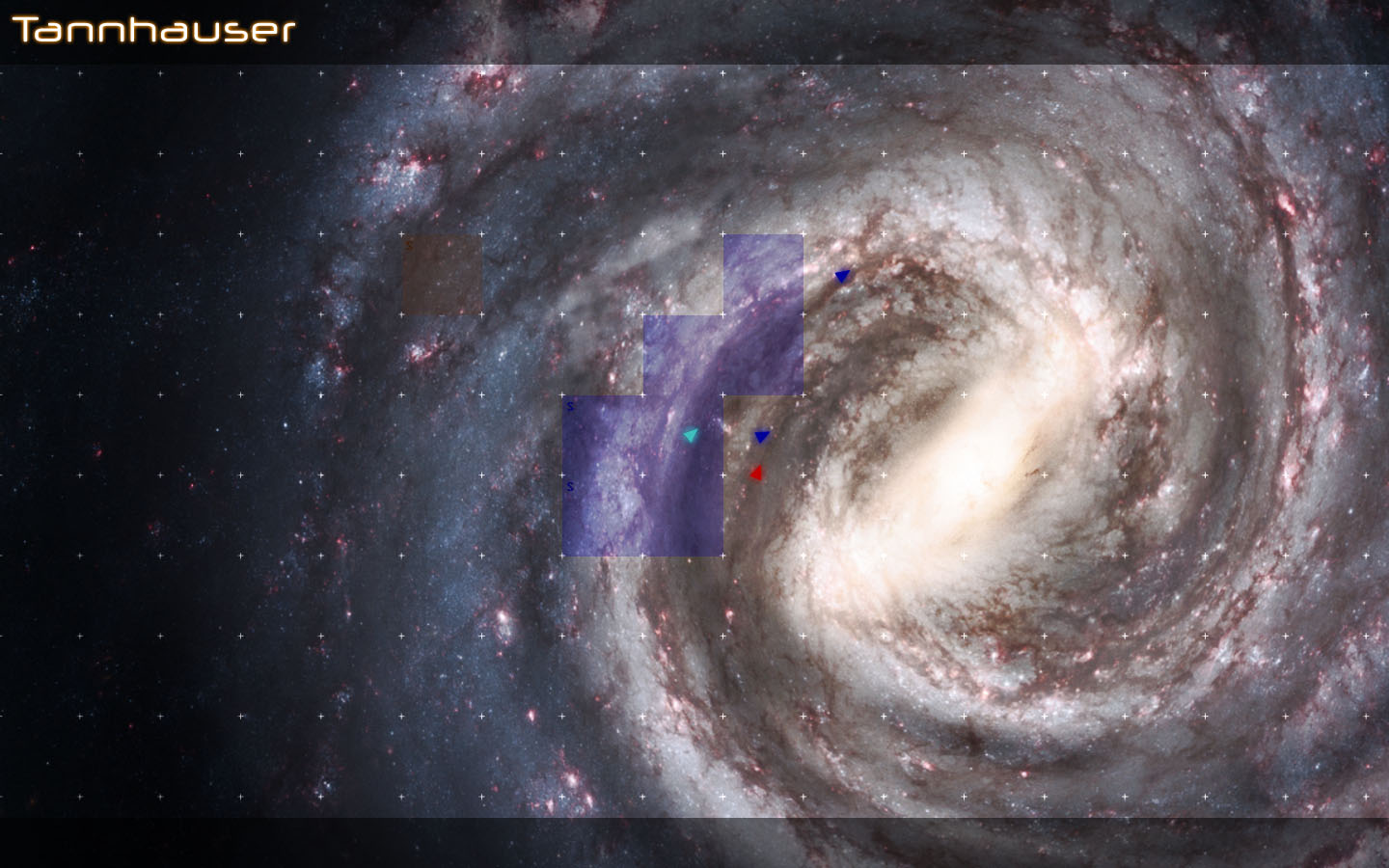 This is, however, not a turn-based game. The galaxy doesn't stop when the player starts fighting, although it progresses at a reduced speed so overwhelming changes don't happen while the player is in a battle. However, it adds a layer of complexity to every fight, as nearby fleets might decide to converge on the on-going battle. It is entirely possible for the player to be fighting a difficult battle against Marauders and having a nearby Pirate fleet decide that it is a good idea to drop in and ruin everyone's day.

Most of the core game systems are now working. At the moment, the major feature that needs to be implemented is saving the galaxy state - everything else is being saved correctly.

Additionally, I'm currently creating a number of flagships - particularly powerful ships that can be part of an enemy fleet, which not only pose a greater threat but also drop better modules as a reward. This ties in with the Hardcore Mode, which I'll explain in a later post.

Thank you for reading this far and let me know if you have any questions or comments!

Glittering in the dark, certainly. Most likely in the shape of ion cannons - definitely in my to-do list for Pre-Alpha 2.

Depending on how you intend to do them, they could just be a really shiny version of a laser. (It is c, after all). Though, a glittering laser would probably mean it's going through a cloud of shiny debris.

I'm quite curious to explore how they'll look like - playing with shaders is always entertaining.

Thanks a lot! Making good progress at the moment, everything is coming together really well.

This looks amazing! I like the look of ship customisation especially, and the atmosphere looks awesome. I can't wait to play it, following!

Thanks! After Pre-Alpha 1 I'll be looking into improving the look of the ships, should increase the variety quite a bit :)