After 17 days of the first release, today I'm releasing the first update with playable tank combat!

After long work, a faulty update, and lots of tweaking, tank combat is done.

Most values are based on real life penetration datas. As much as I could anyway. To adapt the penetration values into the game, I had to do a lot of math.(I can put armor/penetration table here if you want.) Though it is the only playable version, still not final (i.e. a version where tigers can actually kill halftracks).

3 factions are supported with this release: Wehrmacht, USF and Soviet Union. All of them seem to be pretty balanced to me, but if you have any complaints, leave a comment here or better, head to the Steam Workshop page!

What about infantry? Well, I tried hard not to turn this to a tank-focused mod, and gave most infantry a fighting chance against tanks. Mostly Soviet infantry will have hardhips against tanks, since they lack good AT guns and RPGs. Please send me some suggestions regarding this piecemal of the mod.

Or OKW? Well, in this update they are getting small arms done, and also healths too. You can clash their infantry as long as you want, though once tanks start rolling balance will be nonexistent since OKW as a faction is mostly untouched yet.

What is more, is that most time costs for all units are redone, so AI will hopefully build more normal troops and less elites. And, if you care enough and get the WCP, AI difficulties are redone; AI doesn't cheat in stats anymore, only in economy, since stats are too delicate. Be ready to face 3 Shermans when you haven't even built tank armory though, if you play against expert. Get some RPzBs and Paks going!

The other tweaking updates ever since 5th of January saw the introduction of USF, Small arms tweaks, Commander units and abilities, and the finalization of 5 rank vet system, snipers and mortars. A lot has changed since first release, make sure to try it out!

I also need suggestions about tank ranges, asking if they are too much? 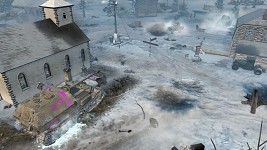 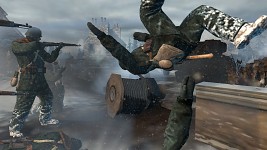 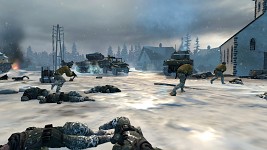 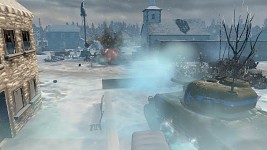 please help me
guys , how can I donwload this mod and any mods...
please say me do this...